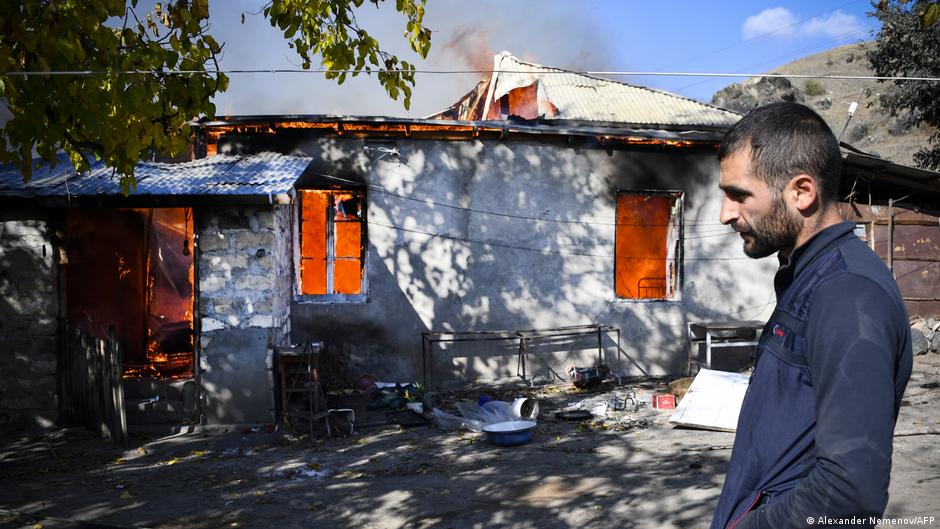 Arayik Harutyunyan, leader of the Armenian-backed government in the Nagorno-Karabakh region, said Sunday that as many as 25,000 people displaced by the six-week conflict between Armenia and Azerbaijan over Nagorno-Karabakh have returned in the past few days.

The figure marks a sixth of the 150,000 inhabitants of the disputed region, half of which fled the fighting that broke out on September 27.

Harutyunyan met with Armenian Prime Minister Nikol Pashinyan for the first time since the cessation of hostilities following a Russian-brokered peace deal.

Pashinyan said his government, which backs and provides aid to the disputed region, would ensure the restoration of normal life in Karabakh, which Armenia refers to as Artsakh.

“Our main task here is to restore normal life in Artsakh, provide social guarantees for the families of killed servicemen and citizens, find out the fate of the missing as soon as possible, provision of social guarantees for their families, disabled soldiers and citizens, as well as the implementation of social-psychological work in general,” the Armenian president said.

Harutyunyan said that in the coming days, “several social programs would be implemented, in particular, financial assistance will be provided to each Artsakh citizen.”

Nagorno-Karabakh is internationally recognized as part of Azerbaijan but has been controlled by ethnic Armenians for the past 30 years.

The latest conflict over the disputed region erupted in late September, leaving thousands of soldiers on both sides, and civilians dead.

The warring parties, at odds over the territory since before the end of the Soviet Union, finally agreed to end hostilities earlier this month under a Russian-brokered accord. As part of the agreement, Armenia agreed to return some 15 to 20% of territory captured by Azerbaijan in recent fighting, including the historical town of Shusha. 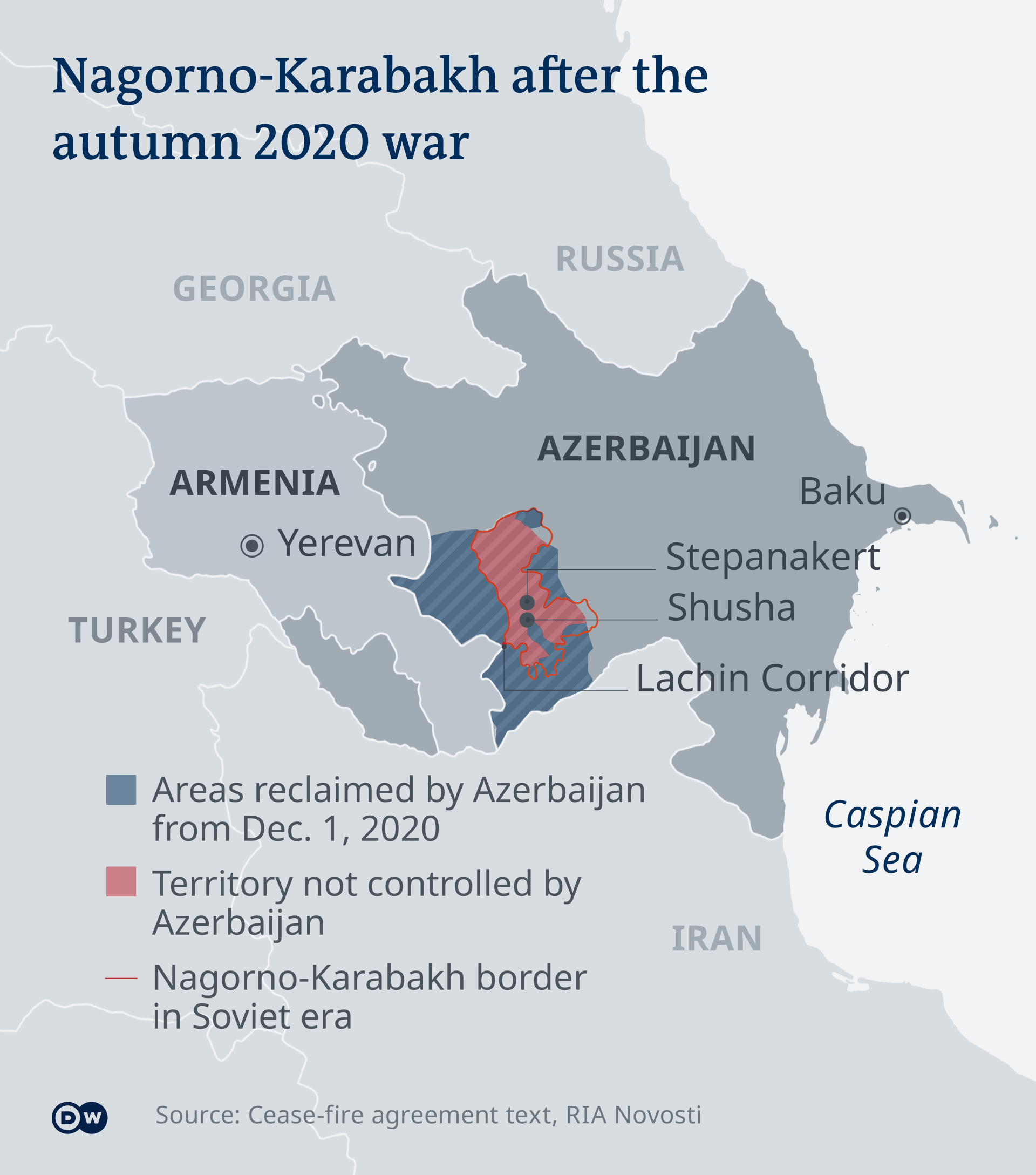 A week ago, Azerbaijan started taking control of the first of three occupied territories surrounding Karabakh that are being ceded.

Azerbaijan’s army said Friday it had entered the district of Agdham, one of three districts ceded by Armenia.

Armenia will continue to maintain control over most of Nagorno-Karabakh itself.

Following the peace plan, there were reports of ethnic Armenians setting their homes on fire as they fled the district of Kalbajar.

The ceasefire agreement was heavily criticized in Armenia. Thousands of people took to the streets of the Armenian capital of Yerevan, with some demonstrators managing to force their way into a government building, occupying rooms and smashing furniture in the prime minister’s office.

Along Russia’s ‘Road of Bones,’ Relics of Suffering and Despair