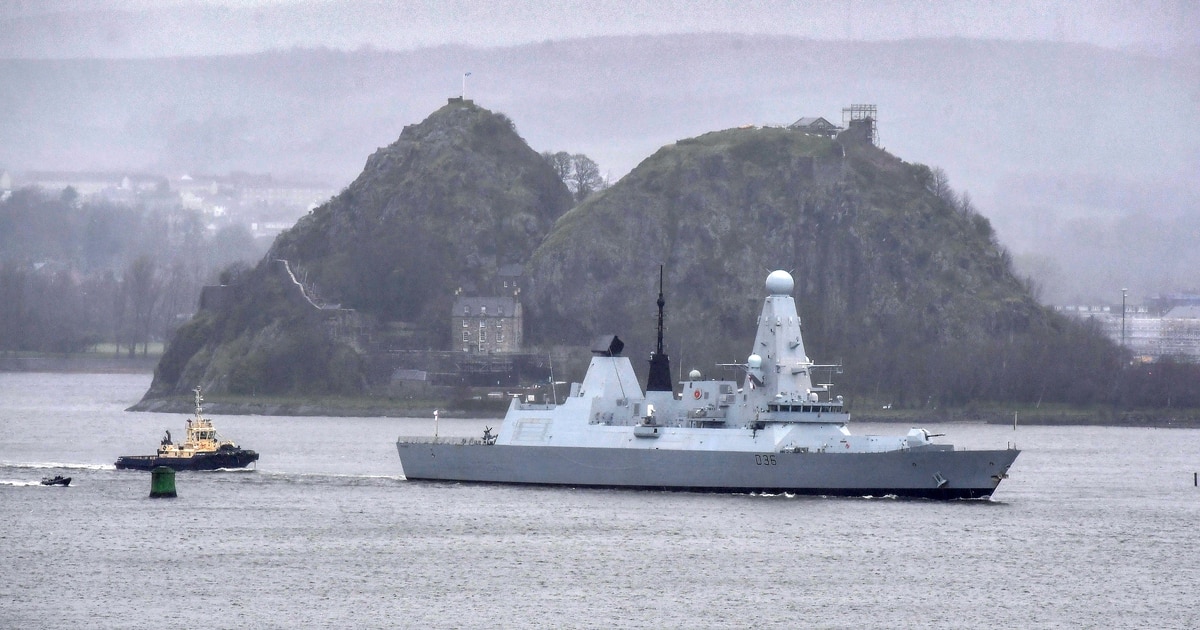 LONDON – Five of the Royal Navy’s Type 45 destroyers are unavailable for deployment, leaving just one warship in the class capable of operations, defense procurement minister Jeremy Quin acknowledged this week.

Four of the Type 45s currently unavailable are in various stages of maintenance or upgrade. The remaining warship out of action, HMS Diamond, ran into technical problems earlier this month while escorting a Royal Navy–led carrier strike group on a deployment to the Indo-Pacific region.

The one operational destroyer in the fleet, HMS Defender, is helping provide air defense cover to the aircraft carrier HMS Queen Elizabeth and other warships in a group which includes U.S. and Dutch vessels.

HMS Dauntless is undergoing an essential power improvement program. The first of the class to be fitted with the power propulsion update, the ship is expected to start sea trials later this year.

Although the MoD has not specified the exact cause of the problems which forced HMS Diamond to head for port it’s likely to be related to longstanding power and propulsion reliability issues with the otherwise highly capable anti-air destroyer.

Several reports in recent years have detailed propulsion breakdowns leaving Type 45s without power when the ship is deployed to areas with high temperatures.

Quin’s acknowledgement that working Type 45s had become a scarce resource came to light in a Parliamentary answer July 19, but the issue was raised again when the procurement minister was giving evidence to the defence committee July 20 about another troubled program – the General Dynamics Ajax tracked reconnaissance vehicle for the British Army.

“It’s an operational concern. HMS Defender is now our only currently operating Type 45. If that ship experiences propulsion problems, which we have seen across the Type 45 family, then the carrier strike group will be forced to lean on a NATO ally to ensure we have destroyer protection,” Ellwood said. “That really indicates the bottom line is we need a bigger navy.”

The defence committee chairman said that given Britain’s national and international obligations it was “not acceptable that the RN availability [of the Type 45] is now reduced to a single ship.”

The ship, HMS Defender, was at the center of a row last month between Britain and Russia over whether the warship legally entered Russian territorial waters in the Black Sea. The Russian’s claimed they had dropped bombs and fired warning shots to persuade the British to alter course.

The procurement minister Quin said the power improvement program is essential to upgrading the capabilities of the Type 45.

“Dauntless will be out of the [performance improvement program] by the end of the year and depending on operational commitments another Type 45 going in. I hope to see Dragon back on operations in the early Autumn … Diamond has got current issues which I hope we will be able to rectify shortly,” he told the committee.

In 2018 the MoD awarded an £160 million ($219 million USD) deal to BAE Systems, BMT Defence and Cammell Laird to improve the resilience of the destroyers by replacing the two diesel generators, fitting an additional diesel generator and modifying the high voltage system on each ship.

The warships also use a WR-21 gas turbine as part of the power and propulsion set-up.

Work is already underway to replace the destroyers by the late 2030s with a new warship known as the Type 83.

A far-right extremist killed 77 people in Norway. A decade on, ‘the hatred is still out there’ but attacker’s influence is seen as low