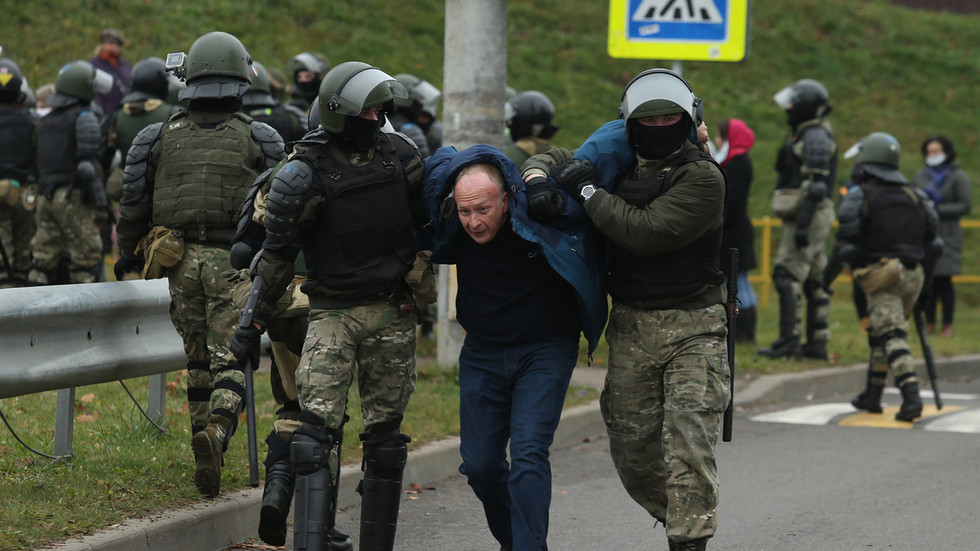 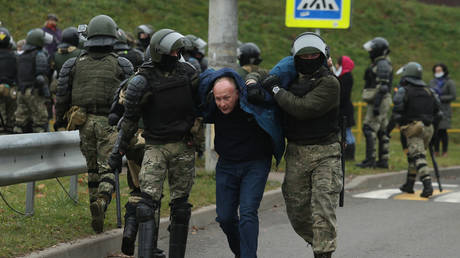 Tens of thousands of people have taken to the streets in cities across Belarus on Sunday after a week of growing unrest, following the alleged killing of an opposition activist by police.

Demonstrators in the capital city Minsk clashed with OMON, the country’s specialist riot squad, and members of the military who have been deployed by authorities in an attempt to contain disorder, footage from the scene shows. Security forces were filmed using flash grenades to disperse crowds, according to local media. Plumes of tear gas rose into the sky as columns of marchers headed for the center of the city, and early reports suggest that at least 100 people were arrested on Sunday morning.

The Poland-based NEXTA-Live Telegram news channel, which the Belarusian government has designated an extremist organization, also claimed that armed men “shot” at civilians as they gathered at the so-called ‘Square of Changes’ in Minsk. The boulevard has become a flashpoint for protests in recent months, and dozens of masked troops were deployed to clear it of demonstrators on Sunday.

Disturbing footage has also emerged of heavily armored officers tending to an unresponsive casualty laying on a street in the capital.

Elsewhere in the country, groups gathered and chanted slogans criticizing long-time Belarusian President Alexander Lukashenko, who has governed the country since 1994. In the city of Molodechno, north of Minsk, activists draped in red and white protest flags lay flowers in honor of the “heroes” who have died since unrest began in August.

Videos posted on Telegram from local news outlets showed long lines of people marching in Brest, in the southwest of the country.

Tensions in the former Soviet republic escalated this week after the death of 31-year old Roman Bondarenko, who was allegedly beaten into a coma by officers who came to remove a protest flag from the courtyard of the building where he lived.

Also on rt.com
‘They shot at me’: Embattled Belarus leader Lukashenko recalls assassination attempt and rules out handing over power to son


The country has been paralyzed by protests since Lukashenko claimed victory in disputed presidential elections in August. Officially, he received around 80 percent of the vote, which activists and many international organizations argue was rigged in his favor. His most high-profile competitor, 38-year old former English teacher Svetlana Tikhanovskaya fled to Lithuania in the aftermath.

On Sunday, she took to Twitter to accuse the president of sanctioning the use of “gas, grenades and firearms against the protesters,” as part of a “devastating” crackdown.

Abiy Ahmed and the future of Ethiopia