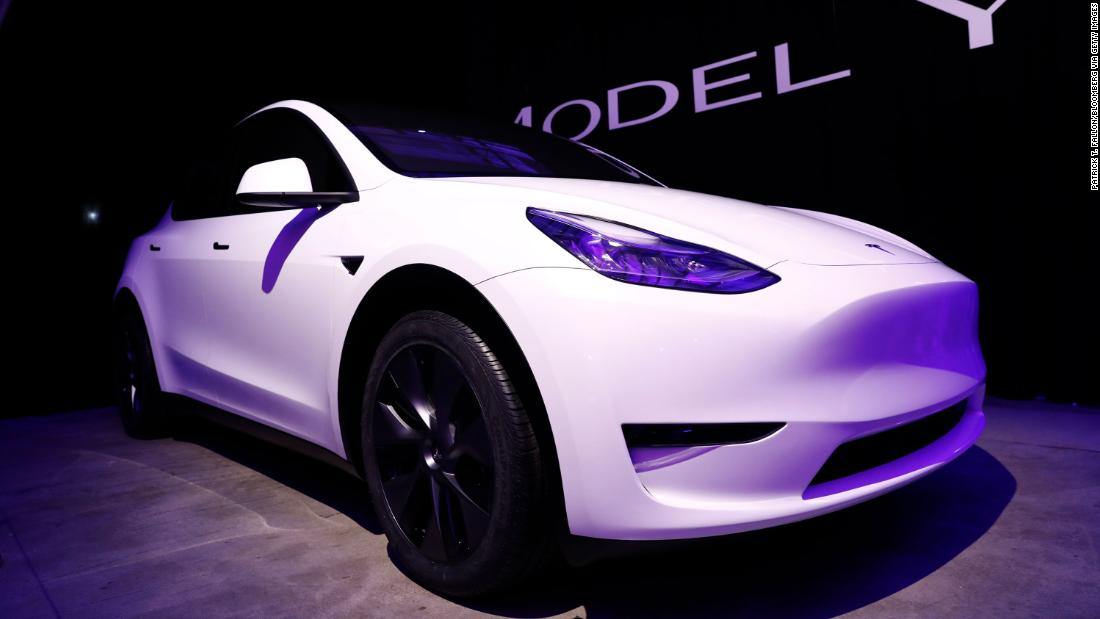 11
Share
The Model Y, the carmaker’s newest model which began production at the start of this year, is expected to become Tesla’s best-selling vehicle. It got good ratings overall from Consumer Reports’ staff during test drives earlier this year. But the reliability rankings are based on a survey of actual owners — who reported significant problems.

“A car might be great to drive and have all the features you want,” said Jake Fisher, senior director of auto testing at Consumer Reports, “but all that won’t matter to you much if you have to keep going back to the dealer for repairs.”

The problems with the Model Y ranged from misaligned body panels to mismatched paint. One owner reported dust, debris, and even human hair stuck in the paint.

Tesla (TSLA) did not respond to a request for comment on the Consumer Reports rating.

The Tesla Model S luxury sedan also dropped to “below average” reliability and is no longer recommended by Consumer Reports. The Model X kept its previous “not recommended” rating due to continued reliability issues.

The problems with the Model Y dragged down Tesla’s overall ranking two spots, to second from the bottom among all 26 ranked auto brands. Now it is ahead of only Ford’s luxury Lincoln brand, and just behind Volkswagen, which finished last in 2019.

“If the Model Y had similar reliability to the Model 3, Tesla would be mid-pack, it wouldn’t be among the worst,” Fisher said.

Tesla also has received poor reliability ratings from JD Power.
Consumer Reports staff has often praised Teslas in their reviews separate from the reliability issues. The Model S achieved the best score ever for a vehicle reviewed by the staff.

The disconnect between the strong review of the Tesla vehicles by staff and the poor reliability ratings from its survey of owners has been a continuing challenge for the company.

“This isn’t our judgment, it’s [the] judgment of Tesla owners,” said Fisher. “If the reliability improved, I would be very happy to recommend Teslas. They’re satisfying and really fun to drive. They’re good for the environment. We hope our feedback helps them improve these problems.”

Tesla customers remain incredibly loyal to the brand, despite the issues raised in the survey. “The exact same people who tell us they love their Tesla are telling us about the problems with their cars,” Fisher said.

Tesla wasn’t the only carmaker with reliability concerns. Lincoln was hurt by issues with its new Aviator and Corsair SUVs.

And the new version of the Ford Explorer SUV also suffered from serious reliability problems that made it one of the lowest scoring models from any manufacturer—domestic or foreign—this year.

The least reliable vehicles according to the ranking were the Chevrolet Silverado pickup and its GMC version, the Sierra. The Toyota Prius was the most reliable.

Toyota lost its ranking as the most reliable brand as Mazda captured the top spot for the first time.

Biden Says Has Not Ruled Out Legal Action Against Trump Administration, GSA Over Transition

After centuries of nomadic living, Thailand’s ‘sea people’ adapt to…

At least 11 killed in Egypt as train derails