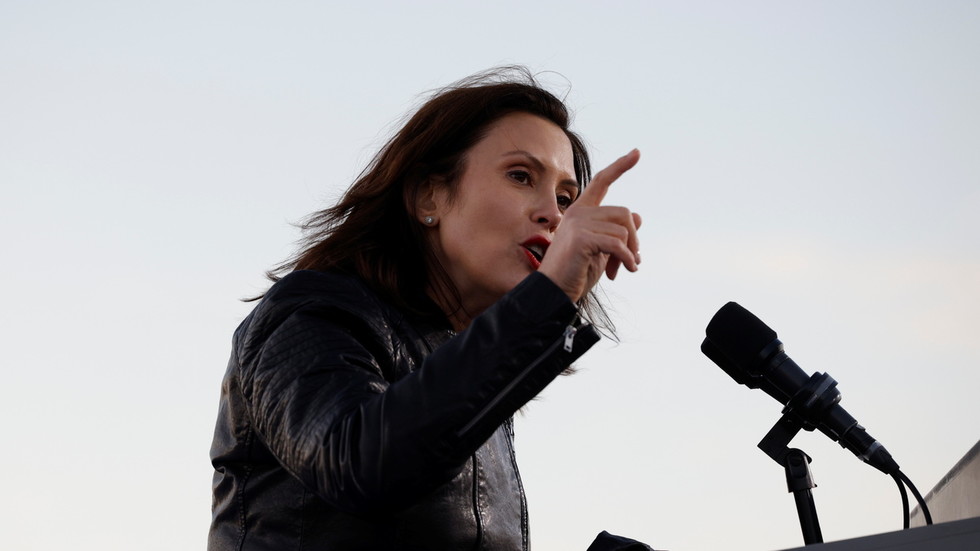 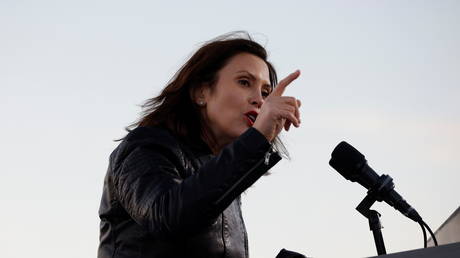 Three Republican representatives have introduced articles of impeachment against Michigan Governor Gretchen Whitmer following the latest round of Covid-19 restrictions, accusing her of exceeding and abusing her authority.

A trio of Republican state representatives announced the articles of impeachment on Thursday, coinciding with the adoption of Whitmer’s latest Covid-19 restrictions. Michigan Reps. Beau LaFave, Matthew Maddock and Daire Rendon accused the Democrat of “corrupt conduct in office” and violating the Constitution with her actions during the pandemic.


The impeachment petition also accuses Whitmer of impinging on legislative authority, violating the Constitution by prohibiting free exercise of religion (in her ban on church services), and hurting Michiganders’ well-being by “banning nearly all non-emergency medicine.” The representatives have demanded she be removed from office.

However, Michigan’s House Speaker Lee Chatfield is not interested in pursuing the effort, deeming it “shameful” and a distraction from legitimate state business. “We’re not the party that impeaches someone because we’re upset with the policies that they’ve enacted,” the Republican told the media.

Whitmer issued a new round of Covid-19 executive orders last week, shutting down schools, theaters, indoor-dining restaurants and bars, sporting events, and other recreational activities, and imposing a 10-person limit on indoor gatherings. She also mandated face masks in public spaces. The new orders came just a month after the state Supreme Court invalidated Whitmer’s previous executive orders as unconstitutional, and Republican lawmakers have lashed out at the governor for continuing to refuse to work with the legislature despite the Court’s official reprimand.

Also on rt.com
Election glitch in Michigan county accidentally hands Democrat a win, flipping it to Republican once fixed


The governor pushed through her new rules under the aegis of the Department of Health and Human Services, allowing her to skirt the restrictions mandated by the Supreme Court ruling – a move her opponents have framed as exploiting a loophole and intentionally misinterpreting public health law.

Whitmer, a former prosecutor, had fought the Court’s decision by arguing more time was needed to “allow for an orderly transition” into democratically-enacted restrictions. However, the Court did not buy her argument and proceeded to invalidate her orders.

The governor has threatened to unilaterally impose a second “stay-at-home” lockdown order despite the Supreme Court ruling, arguing she has the authority to do so in spite of the decision against her.

The Best Bluetooth Speakers of All Shapes and Sizes

The 55-Inch Q80T Is The Cheapest Samsung TV Worth Buying