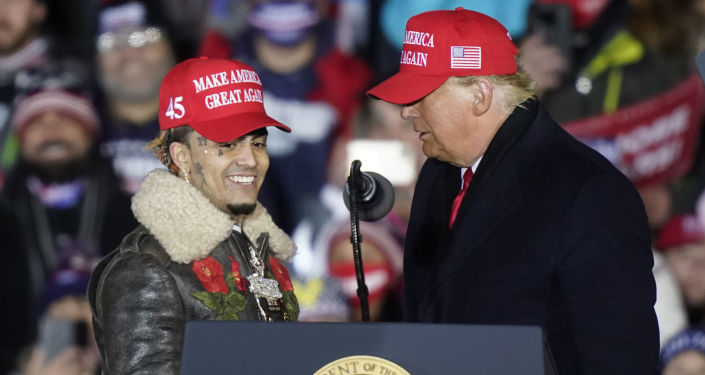 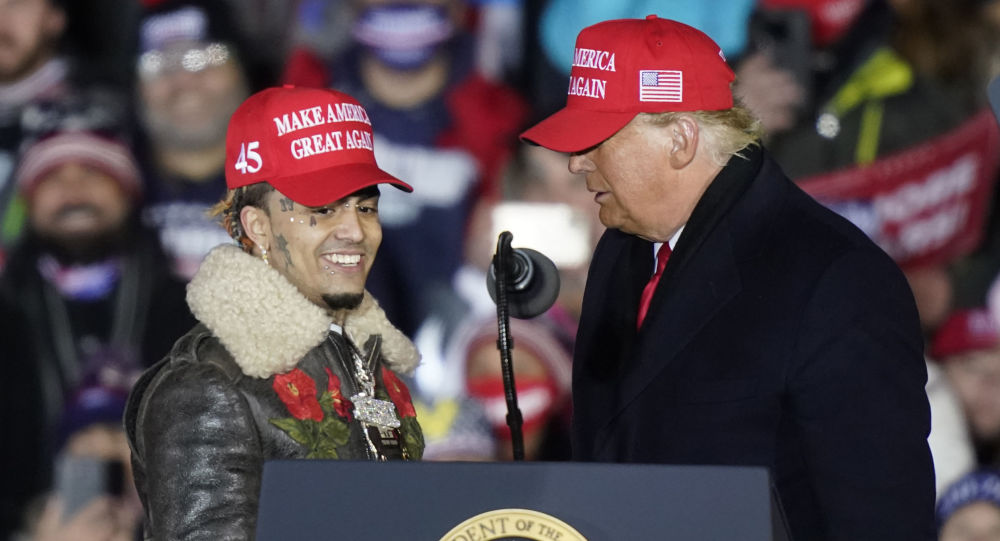 Last week, few days ahead of the 3 November vote, the rapper expressed support for President Donald Trump’s re-election bid, to avoid being affected by Democratic candidate Joe Biden’s tax plan that targets the highest-earning citizens. The artist’s endorsement saw the president praising him as “one of the big superstars of the world”.

Rapper Gazzy Garcia, known professionally as Lil Pump, on Thursday called on fans to “remain calm”, and expressing confidence in the re-election of incumbent US President Donald Trump, as the nation awaits the results of the 3 November vote.

Posting an image of himself at a Trump pre-election rally in Michigan, and tagging the president, the 20-year-old rapper and music producer used his 2018 song catchphrase “ESSKEETIT”, reportedly his way of saying a pumped-up “Let’s get it”, to show support for the Republican candidate.

“Remain calm. Remain patient. Have trust in the system. Our man will be re-elected,” Lil Pump told his fans on Twitter. “ESSKEETIT @realDonaldTrump.”

One week ahead of Election Day, Lil Pump made headlines after endorsing Trump in his re-election bid and criticizing a plan proposed by Democratic candidate Biden to walk back a tax cut for the wealthy introduced by the Trump administration for those making over $400,000 a year.

The musician continued his support for Trump on social media, speaking at one of his rallies in Grand Rapids, Michigan, one day ahead of the 3 Nov election. At the rally, Trump referred to the Miami-born rapper as “one of the big superstars of the world”.

Lil Pump was not the only rapper to announce supporting Trump’s re-lection over fears of Biden’s tax plans. For the same reason, New York rap superstar Curtis James Jackson III, aka 50 Cent, endorsed the president in late October although the 45-year-old rapper and television producer later yanked his support for Trump following backlash from a former girlfriend, US actress Chelsea Handler.

Pressure grows on Turkish government over use of earthquake taxes