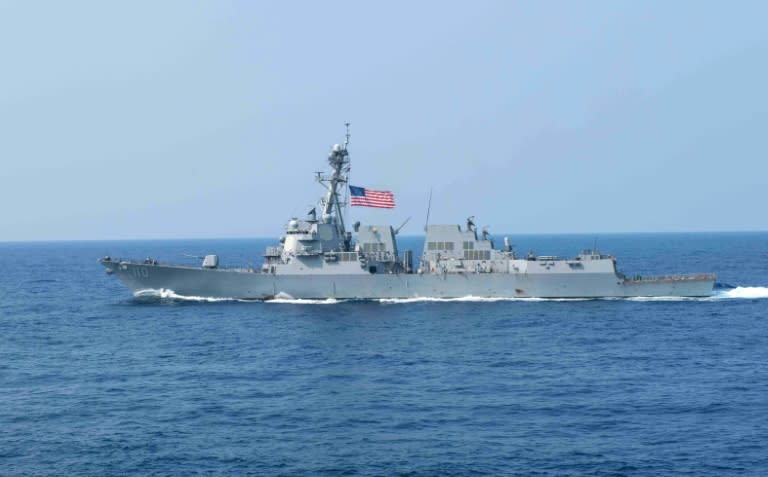 The United States Navy said on Thursday it had undertaken an operation off the coast Venezuela in an effort to challenge the South American country’s “excessive maritime claims in international waters.”

A statement from Southern Command, which is responsible for US military operations in the Caribbean and Central and South American, called the exercise “successful.”

“We routinely conduct freedom of navigation operations globally, peacefully, in accordance with international law,” he added.

Venezuela had condemned the presence of the US warship off its coast, describing it as “a deliberate act of provocation.”

Foreign Minister Jorge Arreaza said in a statement the positioning of the guided missile destroyer USS William P. Lawrence off the coast was “an intention to intimidate” Caracas.

Washington, which does not recognize Nicolas Maduro’s presidency, did not allude to Caracas’s denunciation, but played down suggestions of aggression and instead accused Venezuela of violating international law.

“The illegitimate Maduro regime improperly claims excessive controls over those international waters, which extend three nautical miles beyond the 12-nautical mile territorial sea, a claim that is inconsistent with international law,” the statement said.

Plus, the statement pointed out, the US Navy had already engaged in such an operation this summer.

The ship claimed in communication with Venezuelan authorities that it was carrying out “patrol operations against drug trafficking,” the foreign ministry statement said.

“This is clearly a deliberate act of provocation, which is also erratic and childish,” Arreaza said.

In April, the US military said it was increasing its vigilance and deploying warships in the ocean near Venezuela, arguing there was an increase in organized crime.

Venezuela has frequently condemned the presence of US military vessels off its coast.

The USS William P. Lawrence is operating in the Caribbean Sea as part of counter narcotics work, the Navy said.

US regulator fines Emirates $400,000 for flights over Iran

US Army wants help with radios that integrate with augmented reality