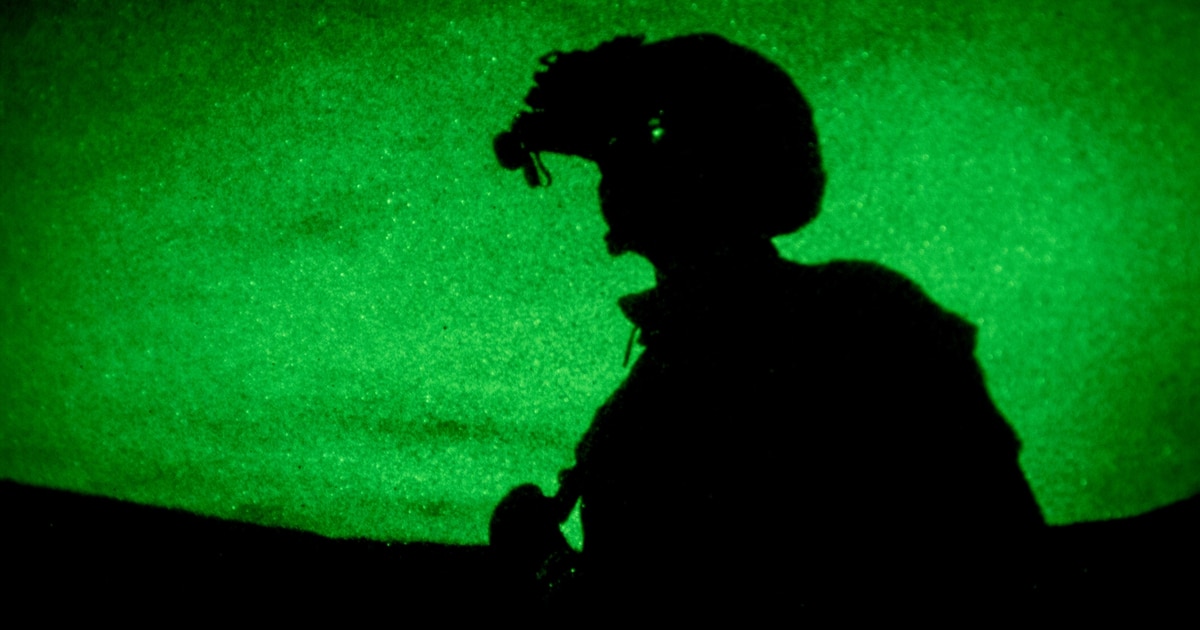 As part of force design updates the Corps announced for 2030, the service is looking to invest around $1 billion in development over the next five years, Col. Dave Burton, program manager for intelligence systems and portfolio manager for command element systems at Marine Corps Systems Command, said April 21 at the virtual C4ISRNET Conference.

First, the Corps is looking for systems that are platform agnostic, Ackerson explained during an Association of Old Crows virtual summit April 13. The Corps doesn’t want systems designed for one platform or system, but rather systems that it can spread around to fit multiple airborne or ground systems.

The service also wants systems that can be widely distributed and scalable. This means a mix of options that are portable by person, vehicle mounted or handheld. This equates to a variety of high- and low-power systems that the Corps can use together across a wide variety of units and systems.

Plus, the service needs capabilities on-demand as opposed to exquisite systems. This is especially important if the Marines expect to operate inside an enemy’s sphere of influence, what the Corps calls the weapons engagement zone, Ackerson explained.

Last, the Corps wants systems that it can network and are mutually supporting. Marines need the ability to control systems remotely, especially if they are operating over hundreds of miles in areas such as the Pacific, where the Corps’ top officer has elevated China as the greatest threat.

The networking of capabilities also has broader application outside the Marine Corps. If systems can be networked, that services can share data to provide a better situational awareness picture of the spectrum, Burton said.

In addition to creating new structures, such as Marine Expeditionary Force Information Groups, to better compete within the larger information environment — which includes the electromagnetic spectrum — Burton said the Corps wants to develop systems for incidental operators.

These systems will go to dismounted Marines down to the infantry squad level.

“We’re looking at visualization tools, deconfliction tools that we can use to conduct traditional signals intelligence missions while we’re also managing EW missions down to the lowest level,” Burton said, adding that the need to control capabilities remotely will be critical as they look to give more systems to incidental users.

Moreover, officials understand that nonkinetic capabilities can be just as effective, if not more so in some cases, than more expensive kinetic weapons.

Adversaries are deploying higher capable systems from long range and smarter weapons. Conventional thinking might say friendly forces need to outpace those systems with capabilities such as fifth-generation fighter aircraft and other exquisite weapons.

“But from an EW perspective,” Ackerson said, “perhaps I can develop a jamming system that can escort my special aircraft or weapon system into the target.”

“I don’t have to spend a ton of money and make an exquisite platform. Maybe I need to look at new waveforms, new jamming techniques and new integrated electronic warfare capabilities with our weapon systems that can support them to get into the target,” he added. “We talk about our adversaries having precision long-range fires and exquisite capabilities. If they’re operated in the EMS, we need to be able to find them, and we need to be able to use their weaknesses to help drive targeting.”

These systems could also help set the conditions for conflict. With so-called gray zone operations and adversaries working harder in the competition phase below the threshold of warfare, nonkinetic capabilities can help sense the environment and provide potential targeting data if the situation escalates, Ackerson said.

“Realizing that gray zone activities, particularly in INDOPACOM, it’s going to help us in competition to build targeting,” he said. “We’re going to be in competition 99 percent of the time, so having that sensing capability that we could actually use is going to be huge. In conflict, I want to have those electronic attack capabilities that are going to deny, degrade, disrupt the decision cycle of an adversary. I want to have nonkinetic options that I can provide the Marine force or the joint force.”

Evercade’s VS Console Brings Retro Cartridge Gaming to Your TV