Marine Corps artillery ― it isn’t too late to salvage it 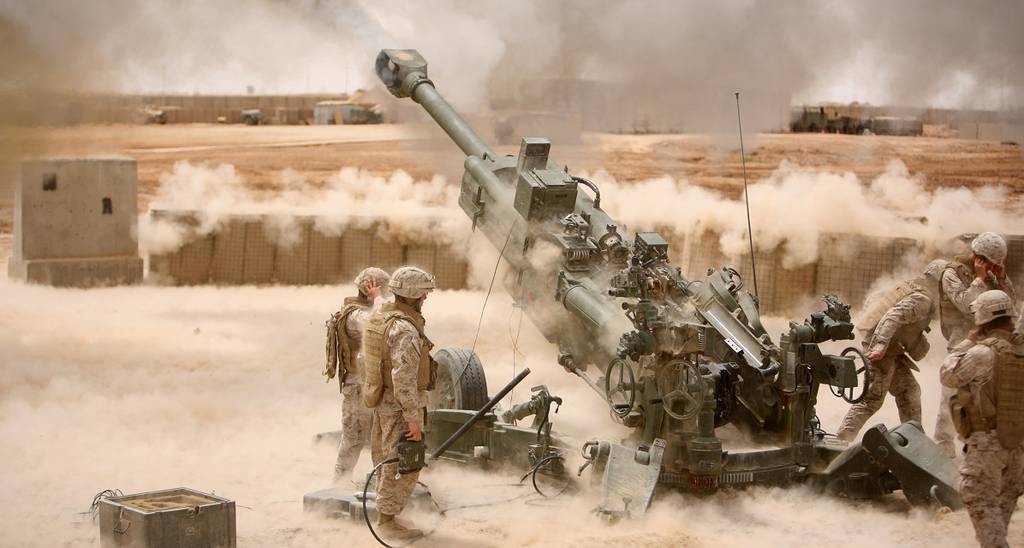 Napoleon Bonaparte: “God fights on the side of the best artillery.”

My artillery friends no doubt believe God always has been on the side of those possessing superior artillery.

As an infantry officer, I believe God to be more evenly balanced.

I do concur, however, that even in an age of increasing lethality and target identification on the modern battlefield, cannon artillery remains an essential component of effective combined arms operations.

Marine Corps Force Design 2030 seems to ignore this fact, and there is dramatic and indeed sad irony in the Marine Corps sending “excess” cannon artillery to assist in the struggles in Ukraine while divesting of much of its traditional direct support tube artillery.

My personal experience includes effective use of cannon artillery in Operation Desert Storm, and I have said on any number of occasions that surviving my two Vietnam tours is in many ways attributed to timely and effective artillery support.

When queried about Ukraine, we have serving general officers saying we won’t ever fight in that environment. It’s sad to reflect upon those who believe they have such clear a vision of the future.

Count me among the large majority of retired senior general officers deeply concerned with the current commandant’s plans to restructure by creating a largely theater-specific Marine Corps.

We all accept China as the pacing threat. However, we do not believe that emasculating our time-honored reliance on task organizing for mission requirements or gutting our force structure best serves the Marine Corps, the theater commanders or the nation.

The commandant’s position that the 2030 force can be effective across multiple theaters is a canard ― an unfounded pronouncement that begs of independent, qualified and neutral analysis, with more component commander input than originally was in play.

I would add that infantry officers should play a key role in determining the specifics of supporting arms requirements. The commandant should seek input from those who have fought and led against large formations of well-trained and equipped adversaries.

Armor, engineering and other required assets may be forever lost to Marines on future battlefields, but it is not too late for an artillery course correction.

I appreciate that modest artillery restructuring and increased retention is underway. The minor revisions to the Force Design 2030 plan I have seen are insufficient, mere tweaking at the margins.

I also appreciate the need for effective long range and lethal rocket and missile fires. That support seems to exemplify a modern version of what we long addressed with higher headquarters employment of general support and general support-reenforcing artillery fires working in conjunction with air support.

That said, rocket and missile fires as envisioned in the inner island chain concept of Force Design 2030 begs answers to important questions, such as addressing incorrect assumptions related to mobility, survivability and Navy support. Deploying and repositioning in unprotected, 14 knot “connectors” when better defined likely will be deemed not only not up to the task at hand but unaffordable when obvious new requirements are levied.

More importantly, while the Marine Corps is being praised for creatively meeting the future head on, a more stringent analysis would clearly reveal that the Navy, Army and Air Force offer lethal, effective and, most importantly, survivable alternatives. I would add we should demand details on expected “rates of fire” and associated costs, perhaps in a classified environment.

The reorganization of artillery is but one of many concerns.

I hope Marine Corps leadership, current and projected, can adjust to accepting, indeed welcoming, input from those with a lifetime of varied and valuable experience. The stakes for the Marine Corps and nation in an ever more dangerous world demand that we come together with open, candid and experienced based dialogue.

Importantly, we all mourn the recent passing of our dear friend and exceptional officer of Marine Corps artillery, Gen. Butch Neal ― special in every regard.

Marine Lt. Gen. William M. “Bill” Keys (retired) was awarded the Navy Cross, Silver Star and Legion of Merit during two tours in Vietnam where he commanded a rifle company for twelve months in 1st Battalion, 9th Marines, in 1966–1967 and served as an infantry adviser with the Vietnamese Marine Corps from 1972–1973. In both tours close, continuous, high volume direct support artillery fires were essential.

He commanded the 2nd Marine Division in Operation Desert Storm and retired as the commanding general of Fleet Marine Force Atlantic and II Marine Expeditionary Force.

This article is an op-ed and as such, the opinions expressed are those of the authors. If you would like to respond, or have an editorial of your own you would like to submit, please email Marine Corps Times Editor Andrea Scott.

Want more perspectives like this sent straight to you? Subscribe to get our Commentary & Opinion newsletter once a week.