Managers at a Tyson facility bet on how many of their worker would get sick with COVID-19 after they were ordered to work during the pandemic, a wrongful death lawsuit alleges | Markets Insider 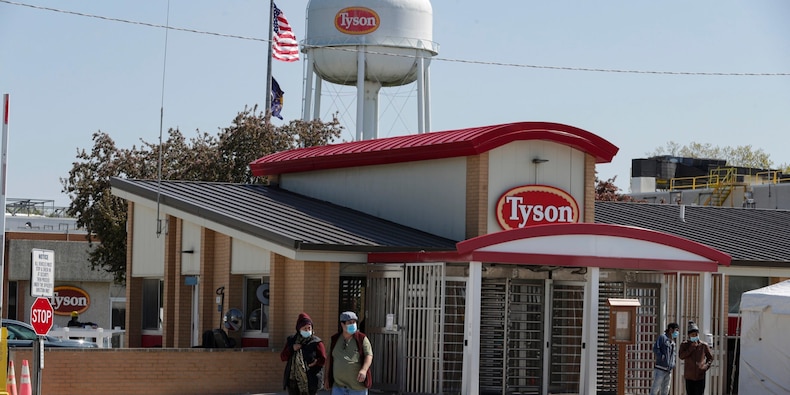 A wrongful death lawsuit alleges managers at the Tyson Foods pork processing facility in Waterloo, Iowa, bet money on how many workers would catch the virus during the early stages of the COVID-19 pandemic, according to an amended complaint filed on Wednesday, initially reported on by the Iowa Capital Dispatch.

“Defendant Tom Hart, the Plant Manager of the Waterloo Facility, organized a cash buy-in, winner-take-all betting pool for supervisors and managers to wager how many employees would test positive for COVID-19,” the amended court document alleged.

The lawsuit was filed in August by the family of Isidro Fernandez, a Tyson meatpacking worker who died of COVID-19 in April, and the suit claims that the facility had downplayed concerns and covered up an outbreak at the meat processing facility to keep workers coming in, the Associated Press reported.

The lawsuit, which was moved to a US District Court for the Northern District in Iowa, Eastern Division, has since been amended, bringing forth a series of new allegations of conditions of the plant in March and April and the actions of management.

Among the other allegations made in the amended lawsuit include that, at the beginning of the pandemic, low-level supervisors who had little to no training were put in charge because managers avoided the plant as cases grew.

The lawsuit also claims that an upper-level manager explicitly said to ignore symptoms and referred to the virus as “glorified flu” that no one should worry about, according to the court documents seen by Business Insider.

The amended lawsuit also claims that the company rolled out a $500 bonus for employees who showed up for all scheduled shifts for three months as a means to get sick workers to keep coming in, according to the court documents.

Tyson did not respond to Business Insider’s request for comment at the time of publication; we will update as necessary.

The company has not responded to the amended complaint. It previously said that it disputes that claims and has “worked from the very beginning of the pandemic to follow federal workplace guidelines and has invested millions of dollars to provide employees with safety and risk-mitigation equipment.”