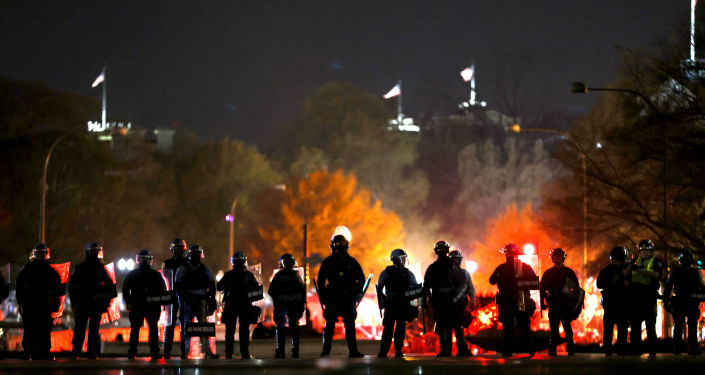 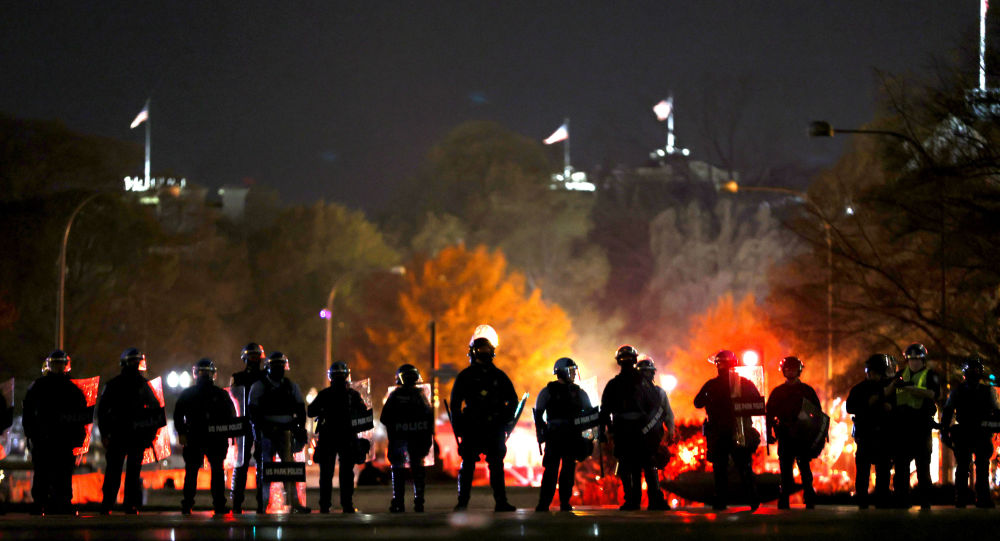 MOSCOW (Sputnik) – A young man was stabbed in the back during a violent confrontation between left-wing activists and US President Donald Trump’s supporters in Washington, DC, on Saturday night, The Washington Post reported on Sunday, citing a fire department official.

According to the Washington Post, violence between Trump supporters and counter-protesters erupted five blocks away from the White House. People on both sides, as well as two police officers, got injured during clashes. Moreover, at least 10 people were detained after confrontations.

The newspaper reported that the man in his 20s was stabbed and was later taken to a hospital with serious injuries.

​A Sputnik correspondent has reported that thousands rallied on Saturday in the country’s capital to demand four more years for the Republican incumbent and echo his claims that the election victory was stolen from him in a massive fraud scheme.

Amid the violence against his supporters, Trump condemned the left-wing activists, called on the police in the US capital to act accordingly and not “hold back.”

“ANTIFA SCUM ran for the hills today when they tried attacking the people at the Trump Rally, because those people aggressively fought back. Antifa waited until tonight, when 99% were gone, to attack innocent #MAGA [‘Make America Great Again,’ Trump’s motto] People. DC Police, get going — do your job and don’t hold back!!!” Trump tweeted.

‘We expect this to get harder.’ For the NFL, it’s Super Bowl or bust as the pandemic rages