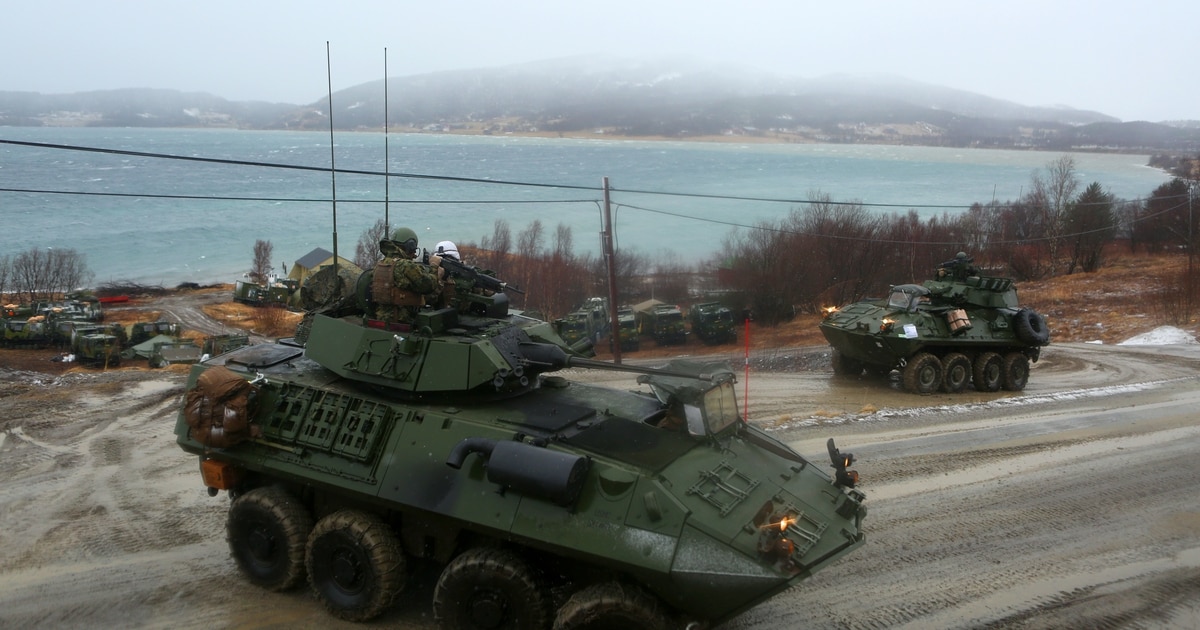 WASHINGTON — Several major industry players have bid for a chance to build the Marine Corps’ next reconnaissance vehicle as the service embarks on a prototyping effort to replace its aging fleet of lightly armored vehicles.

Incumbent General Dynamics Land Systems (GDLS) — which is the manufacturer of the Light Armored Vehicle-25 (LAV-25) currently in service — announced it submitted an Advanced Reconnaissance Vehicle (ARV) prototype proposal by the Marine Corps’ May 3 deadline.

And Textron is competing with a prototype it has already built and driven nearly 750 miles dubbed “Cottonmouth.”

While BAE Systems would not confirm whether it would participate, several sources connected to the competition told Defense News they believe that the company did submit a bid. BAE already manufactures the Marine Corps’ Amphibious Combat Vehicle (ACV).

Science Applications International Corp. — or SAIC — which received an earlier contract to develop technology for the ARV from the Office of Naval Research in 2019, confirmed to Defense News that it would not compete in this next prototyping phase.

The Marine Corps wanted proposals for the research and development of an ARV prototype vehicle as part of its pursuit to acquire its replacement of roughly 600 1980s-era LAV-25s in order to enable Light Armored Reconnaissance battalions to function as a battlefield manager, according to a solicitation posted on the federal contracting website. The vehicles will need to operate both on land and amphibiously

“This will require multiple and resilient means to process information and communicate,” the solicitation states, which means the vehicle has to be equipped with a resilient and robust communications sensors suite.

“The ARV PV will be a modern combat vehicle platform, with an open system architecture, and it will be capable of fighting for information dominance,” the posting notes. “It will balance competing capability demands to sense, shoot, move, communicate and remain transportable, as part of the Naval expeditionary force.”

The vehicle should be able to accommodate future technology and capability and should be designed to also become other platform variants, the solicitation states.

The Marine Corps plans to make up to three awards for ARV prototypes. Vendors selected will deliver a prototype for testing and evaluation.

The Marines would then choose up to two to continue into a competitive engineering and manufacturing development phase in the roughly fiscal 2024 time frame.

The Marine Corps “may pursue” a production effort upon successful completion of the prototype project, according to the solicitation, which could be worth an estimated $1.8 to $6.8 billion over five years. The plan is to build roughly 500 of the vehicles.

David Philips, Textron’s senior vice president of land systems, said its prototype Cottonmouth was purpose-built to meet the ARV’s current and future evolving requirements. He added that, as far as he knows, the company is the only one in the running with a prototype that is already built.

So far, the company has invested roughly $6 million to develop, build and test the prototype, Philips said.

Textron has submitted its Cottonmouth prototype as its offering to the Marine Corps’ Advanced Reconnaissance Vehicle competition. (Photo courtesy of Textron)

“The Marines are asking for a naval sensor node and we see that as a next-generation scout vehicle requiring multidomain [intelligence, surveillance and reconnaissance] capability,” Philips said.

The service desires an open architecture approach, he added, to integrate any payload it wants to include an organic, tethered unmanned aircraft system with automated launch and retrieval capability.

Philips also noted the Marines are looking to keep the vehicles under 18-and-a-half tons in order to serve as an agile ship-to-shore connector.

“The vehicle not only has to have outstanding land mobility, it has to swim in the ocean, it has to depart from connectors and it has to transition through the surf zone,” Philips said.

The prototype, he noted, “incorporates dual mechanically driven water jets to provide simultaneous land and water propulsion. We’ve already incorporated an amphibious cooling system and automated trim veins to ensure the requirements are met, which is a seaworthiness in up to two to three feet of waves, and allowing rapid transitions between land and water modes.”

Textron recently won another clean-sheet design effort to build medium Robotic Combat Vehicle prototypes for the U.S. Army that will be evaluated ahead of a possible program of record. The company has already shown, according to Philips, the capability to rapidly integrate systems onto the platform from a government-furnished robotic kernel to a 30mm turret to smoke obscuration systems to UAS and other sensors.

The company partnered with Howe & Howe and FLIR to develop its Ripsaw RCV and has partnered with “some of the best in industry” for the ARV to include Elbit Systems of America, which is providing its next-generation situational awareness sensors, Philips said.

In a May 3 company statement, Phil Skuta, GDLS’ director of business development for the Marine Corps and Navy, said, it “has aligned with the Marine Corps’ 10-year transformation initiative, a key portion of which seeks to build a 21st-century reconnaissance capability that is highly mobile on land and in the water.”

The capability GDLS would build will be able to control robotics in the air and on the ground and meet the mission through onboard, networked sensors, he added.

Microsoft is Killing the Adobe Flash Plugin on Windows 10