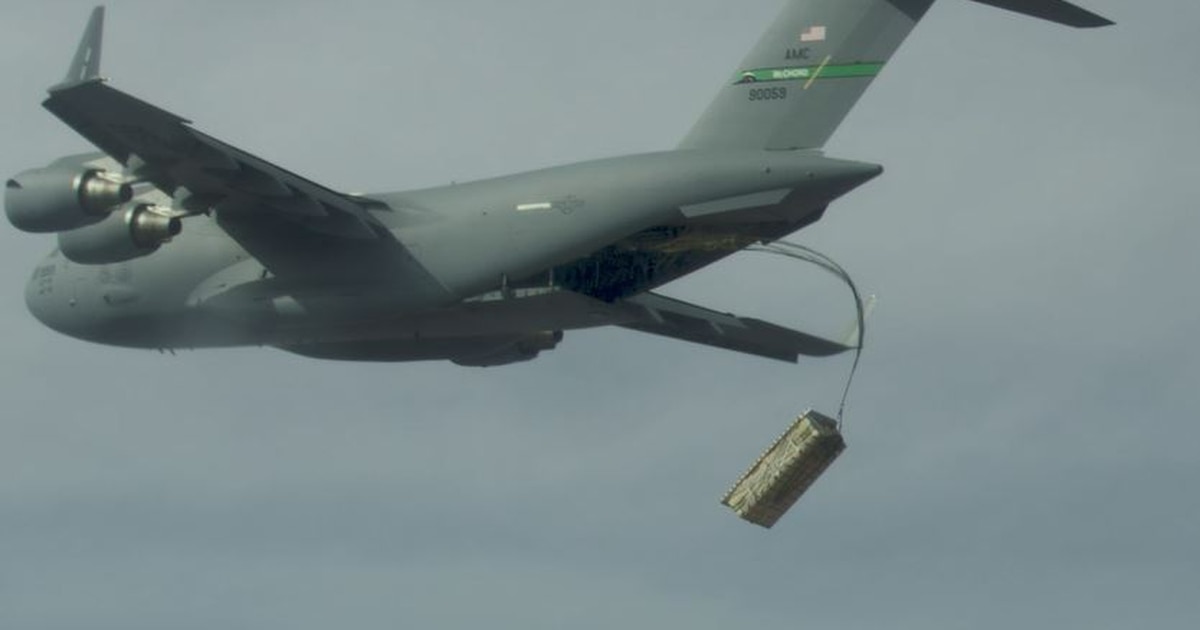 WASHINGTON — The U.S. Air Force could be one year away from being able to load its cargo planes with pallets of smart weapons, transforming them into strike aircraft without the need for expensive and lengthy modifications.

In August, the Air Force Research Laboratory awarded Lockheed Martin a contract worth up to $25 million to develop a palletized munitions system, Scott Callaway, director of the company’s Advanced Strike Systems division, told reporters during a Oct. 29 briefing.

Under the terms of the agreement, Lockheed will demonstrate the new system in flight tests scheduled for 2021, he said. During the tests, parcels filled with Joint Air-to-Surface Standoff Missile Extended Range weapon, or JASSM-ER, will be rolled on a cargo plane, dropped out the back, and then — when at a safe distance from the aircraft — the missiles will deploy.

The goal is to reconfigure Air Force airlift assets, which are normally employed for nonlethal missions such as the transportation of personnel and equipment, so they can cheaply launch a mass of standoff weapons without having to move into contested airspace. The demonstration will be done using standard airdrop procedures used to deliver supplies and people, and it will not require aircraft modifications.

“The ability to use the same airlifters to deploy missiles without modification provides flexibility that could save billions in platform modification costs and also provides a new capability to get a large number of airborne [strike] assets into the theater,” Callaway said.

Large airlift planes like the C-17 could deploy up to 32 JASSM-ERs based on initial studies, but those numbers could change during development, Callaway said. The system itself is being designed with a common interface so it can drop other munition types.

“We’re working with the Air Force now to come up with that optimal payload and optimal loadout,” he said. “It’s partially a function of the deployment airdrop system, the missile being loaded onto the system and the range that the aircraft is flying. Obviously as smaller munitions come online, we expect that loadout to increase without the need to design a new palletized munition system.”

The missiles would be configured with preplanned routes before launch, but the system will also include a mission computer that lets operators update target information, he added.

Lockheed demonstrated an early version of the capability last month during the second Advanced Battle Management System experiment. During the event, an unnamed Air Force Special Operations Command aircraft dropped a mock pallet of JASSMs out the rear of the plane. In a separate demonstration, Air Mobility Command conducted a simulated drop of palletized munitions using a C-17, according to an Air Force news release

Earlier this year, Lt. Gen. Clint Hinote, currently the head of the Air Force’s strategy, integration and requirements office, said that as technology for palletized munitions matures, the service must determine how to control a mobility asset that is playing a combat role similar to a bomber.

“Some kind of extremely streamlined command and control is going to be necessary, or else you must have an integrator somewhere,” said Hinote, who added that cultural barriers inside the Air Force could be harder to overcome than the technological challenges of creating palletized munitions.

In Embryos, Crispr Can Cut Out Whole Chromosomes—That’s Bad

How the Army plans to revolutionize tanks with artificial intelligence