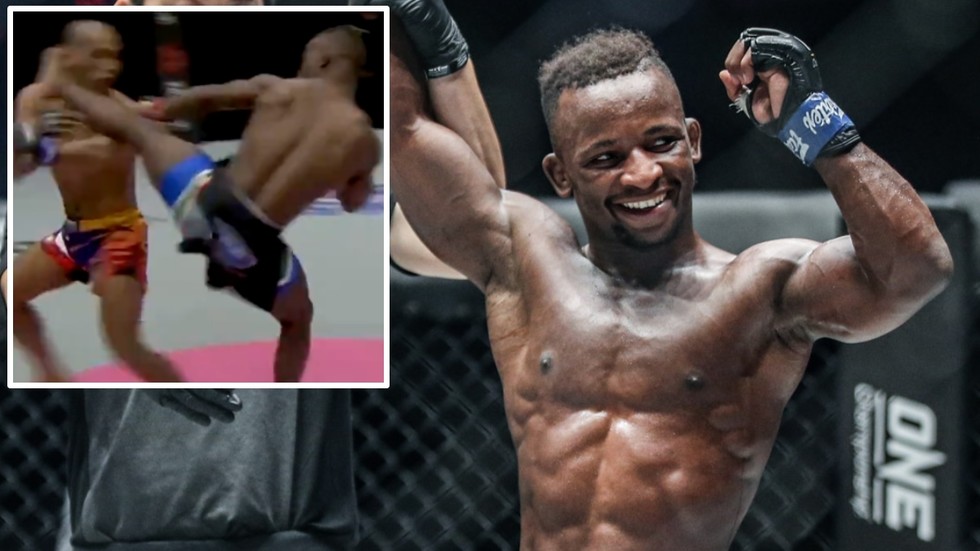 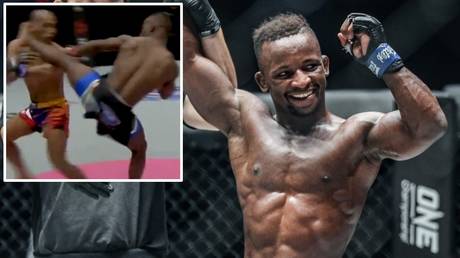 Asian mixed martial arts promotion ONE Championship is known for serving up some spectacular moments, and their latest behind-closed-doors event delivered once again, with another stunning highlight-reel finish.

South African contender Bokan Masunyane, known to his fans as “Little Giant” produced a huge knockout as he took on top-ranked Filipino contender Rene Catalan at ONE Championship: Big Bang in Singapore on Friday.


Catalan is a former champion in native Filipino striking art of wushu, and Masunyane was expected to cause problems for him with his wrestling skills. But the South African produced a surprise when he opted instead to stand and trade heavy strikes.

And when the pair locked in in a clinch in the center of the cage, it was Masunyane who saw his moment.

As the pair separated and Catalan looked to step back out to punching range, Masunyane unleashed a perfectly-timed head kick that sent the Filipino veteran crashing to the canvas, out cold.

Masunyane moved in, preparing to unload ground strikes, but after seeing the work had already been done, he sportingly backed away.

Masunyane’s KO finish was the highlight of the evening in Singapore, as he announced his arrival in the ONE featherweight division with a bang, and he claimed that he’s already prepared to take on the division’s best in his quest to capture championship gold.

“I’m the best in my division,” he said after his victory.

“I’d like to challenge the champion. And if the champion is not ready, No. 1 (contender), No. 2, I’m always ready.

“But I’ve got my eye on the title. Give me the title shot!”

Also on rt.com
‘That man is DANGEROUS’: Rising UFC star Khaos Williams lives up to his name with sensational one-punch knockout (VIDEO)