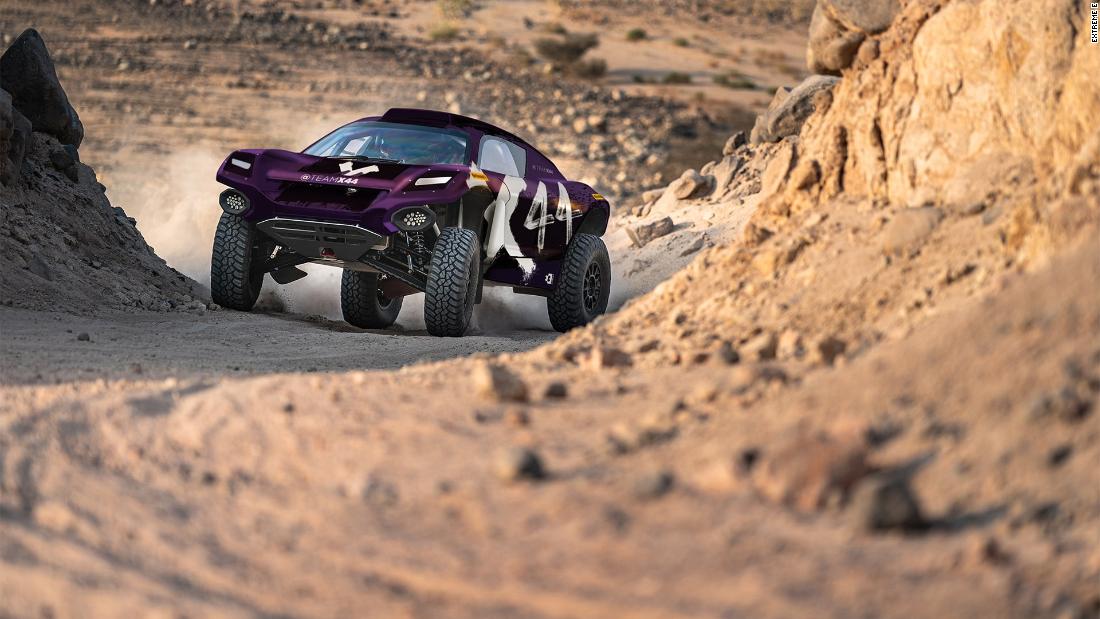 The new electric series is set to be launched in early 2021 and has attracted some big names from the world of Formula One.

The premise of the new championship is to take electric SUVs to five of the most remote and extreme locations on the planet, including the Arctic and the Amazon, in a bid to raise awareness of climate change.

He was then followed by former teammate and 2016 F1 champion Nico Rosberg — his team Rosberg Xtreme Racing (RXR) will also take part in the inaugural season.

“The series represents an amazing opportunity to not only drive awareness but also inspire action in the fight against climate change — the single biggest threat to our planet today,” Rosberg said.

“Since retiring from F1 I have dedicated my career to sustainable technologies so to be able to combine these endeavors with my passion for racing is incredibly fulfilling.”

READ: Lewis Hamilton is one of a kind, but is it for the wrong reasons?

The two rivals will vie for the first championship with 14 other teams, and the hope is that such established names will help grow the new series.

“I think it’s great to see Lewis [Hamilton] joining this championship,” said Patrik Sandall, a driver in the new series.

“His fanbase, I’m sure, will follow and see what we are doing on the off road side of it as well. Hopefully, we can see Lewis in a car at some point.”

Extreme E, which has a scientific committee with climate experts from Cambridge and Oxford Universities, says it’s committed to “minimizing its series footprint wherever possible across its events, logistics and operations, and offset the unavoidable via our local legacy projects.”

Watch the video at the top of the page to hear more about the new series.

Trump cancelled his annual plan to spend Thanksgiving at Mar-a-Lago, as aides describe a ‘bunker mentality’ at the White House