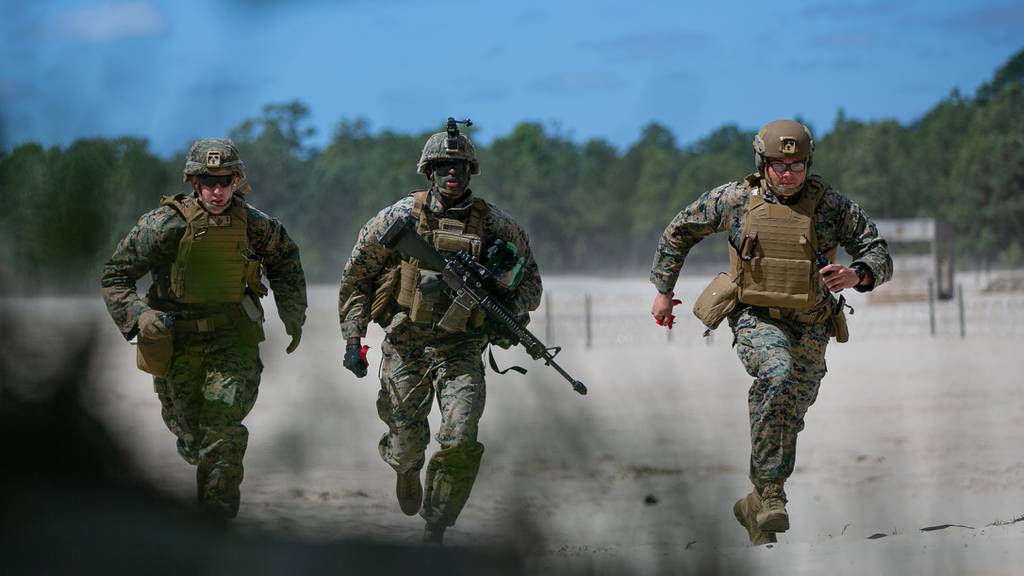 A group of retired Marine Corps senior leaders are in a custody battle with the service’s current leadership over ongoing efforts to redesign the force for future combat much like grandparents fighting with parents over what’s best for the child.

That’s the description laid out by four senior defense officials who debated the topic Monday at the Center for Strategic and International Studies event, “On the Future of the Marine Corps: Assessing Force Design 2030″.

But one of Commandant Gen. David Berger’s strongest critics had more strident description.

“And those other retired generals who are concerned don’t believe the Marine Corps will exist if (Force Design) 2030 is fully implemented. said retired Lt. Gen. Paul Van Riper, former commander of Marine Corps Combat Development Command. “That’s how seriously we take it. So, not a custody fight. It’s a fight for the life of the child.”

In recent months former commandants, other Marine generals and high-ranking retired Marine officers along with retired Sen. Jim Webb, a Marine Vietnam veteran and former Navy secretary, have launched public criticism of Force Design 2030, divestment of key combat power such as tanks, conventional artillery and the reforming of basic Marine units such as the infantry battalions.

“First of all, the commandant’s primary vector for Force Design 2030 is moving into an era where almost all of the military competitors will have guided munitions, loitering munitions, C4ISR, battle networks to employ them,” Work said. “We’re not ready for that future.”

The running critique strikes at decisions to divest assets before combat power is covered and a fear that the Marine Corps may redesign itself into irrelevance.

Critics aimed fire at the divestment of armor and other assets, pointing to the need for divested items such as armor, heavy engineer, helicopters and fully-manned infantry units need in certain arenas such as Europe, the Middle East and the Korean peninsula.

Retired Marine Gen. Anthony Zinni, former commander of U.S. Central Command, was the most outspoken critic on the panel.

Zinni pushed hard on what he said were decisions made before the concepts that Berger pushed was validated.

“An idea is not a decision,” he said.

“Decisions were made, and then they were studied and experimented,” Zinni said. “Now, maybe this is old think, but I thought you tested and validated first before you made decisions.”

Those are direct references to the divestments made these past two years since Berger launched force design.

Zakheim and Work pushed back that the design is not radically changing all parts of the Marine Corps. Though the Corps is adding new platforms and capabilities, much of what the I and II Marine Expeditionary Forces will look like in the coming years will be an improved version of what they are now.

The Camp Lejeune, North Carolina-based II MEF will focus on Europe and have its training and capabilities leaned toward that theater. The Camp Pendleton, California-based I MEF will still work on anything in Central Command and support Pacific-based operations alongside III MEF.

But it is III MEF that will see drastic changes.

That’s because of the pacing threat faced with China, Zakheim said.

“And it really is a challenging question, how do you deal with China?” Zakheim said. “We’re not going to invade the Chinese mainland. This will not be the Korean War.”

What that means for supporters is a U.S. Indo-Pacific Command tailored III MEF that looks to stand in on the first island chain inside China’s bubble.

That requires long range precision strike and small units able to maneuver quickly and undetected. That way those units can strike and move.

Zakheim supported Berger’s moves but still has open questions on logistics, how the Marine Corps will support those small units bouncing around the tiny Pacific islands under threat.

That’s the obstacle Berger faces, Zakheim said, building a force to take on China within the multiservice, allies and partners approach and still offer some relevant fighting capability.

That’s not enough of an explanation for Van Riper or Zinni.

Both noted that the changes are hollowing out the regiments that the Marine Corps has under its MEFs. That means reduced combat power for those commanders to deliver to the fight, especially if that fight isn’t striking ships from small islands.

Van Riper said that none of the new platforms or capabilities provide the stealth needed for Marine units to operate undetected so close to China’s weapon range.

Meaning, those small units will be seen and they will be targeted, he said.

“And Marines will die because of this flawed concept,” Van Riper said.

But Work countered, saying that the Corps would continue to be the nation’s 911 force and able to do all the combat tasks needed.

“The commandant is not trying to make stealthy units,” Work said. “He’s trying to develop a force design that provides for some level of survivability in this incoming future.”