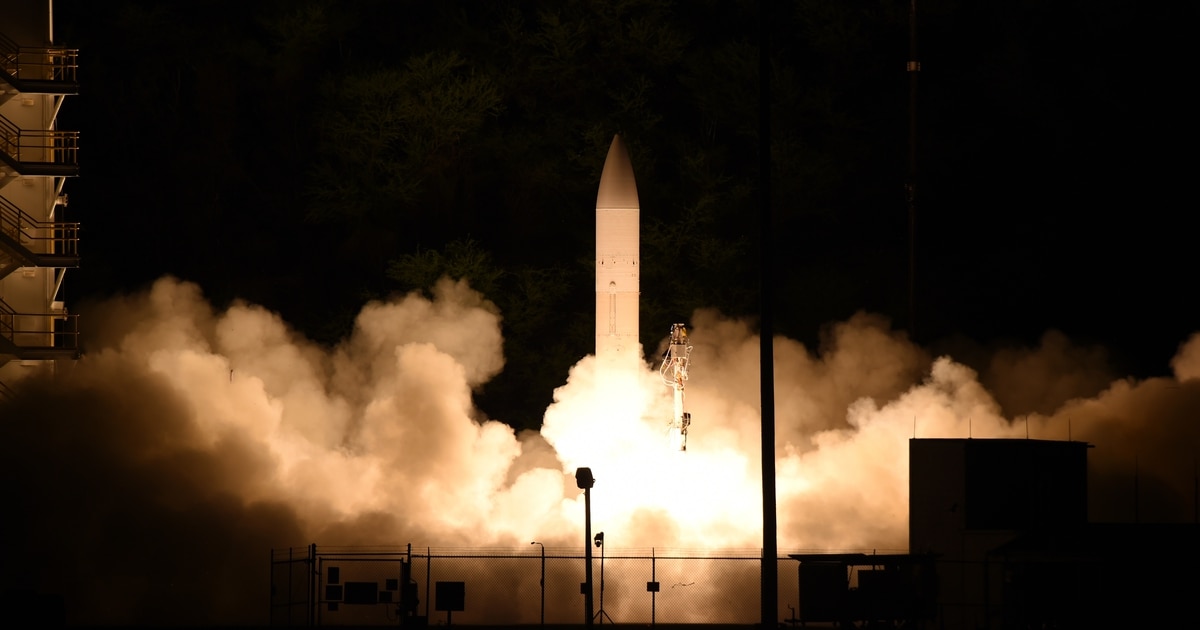 WASHINGTON — House and Senate lawmakers are again pushing to boost the Missile Defense Agency’s budget after adding $1.3 billion into its fiscal 2021 budget.

The MDA’s request in FY22 focuses heavily on the development of future capabilities including a next-generation interceptor for homeland missile defense, a hypersonic defensive capability and space-based tracking critical to detecting challenging threats.

But with that request coming in at $8.9 billion, lawmakers believe that isn’t going to be enough.

The agency’s request is down only slightly from the FY21 budget request of $9.2 billion, but after Congress added over a billion dollars to that budget because it believed there was a disconnect between funding and actually being able to meet the national defense strategy, the drop is more significant.

And a June 11 letter from Rep. Mo Brooks, R-Alabama, and a group of eight other republican House lawmakers, sent to House Appropriations Committee leaders, urges the full funding of a variety of missile defense priorities as well as unfunded priorities.

The letter specifically highlights the need to fund a Homeland Defense Radar in Hawaii and a persistent, 360-degree architecture in Guam designed to protect it from ballistic, cruise and hypersonic missile threats.

MDA chose not to fund the HDR-H in FY22 even after Congress pushed for funding last year.

In a June 15 House Armed Services Strategic Forces subcommittee hearing, the U.S. Northern Command Commander Gen. Glen VanHerck said he supports the HDR-H because “it gives us additional capability for an underlayer that would support defense of Hawaii, specifically giving additional capability and capacity,” but, “let’s be clear, at this moment in time, I’m comfortable with my ability to defend Hawaii.”

A list of unfunded requirements the U.S. Indo-Pacific Command commander sent to Congress this month did include funding the HDR-H as well as more robust funding — an additional $231.7 million — to move forward on a persistent missile defense capability for Guam.

The MDA plans to use $78.3 million in its FY22 base budget to look at systems that could support the defense of Guam and another $40 million to procure long-lead items for the architecture.

The agency has not yet detailed how it would build the architecture but has said it will use mature capability such as Aegis Combat System ships and the Terminal High Altitude Area Defense System, or THAAD.

The Army deployed a rotational THAAD presence to Guam in 2014.

MDA Director Vice Adm. Jon Hill testified in the June 15 HASC hearing that the agency is on a path to deliver its plan for Guam to the Cost Assessment and Program Evaluation (CAPE) office and have further discussions with INDOPACOM leadership in the next couple of weeks.

Hill acknowledged he had promised a report to Congress by June, “but given the complexity of it, that’s going to take us a little bit longer to get there.”

Developing the desired protection for Guam is on “a very aggressive timeline, given where we are at,” he added.

HASC Strategic Forces subcommittee ranking member, Rep. Mike Turner, R-Ohio, said at the same hearing that he was “disappointed in the top line of the president’s budget number,” and added that “the missile defense budget is just one example of where the Biden defense budget comes up short.”

In addition to a lack of funding for missile defense in the Pacific, Turner highlighted an elevated radar for cruise missile defense of the homeland and “proliferated Low-Earth Orbit (LEO) Arctic communications” program as other areas that should be supported with funding in FY22.

Earlier this month, the Senate Armed Services top Republican on the missile defense portfolio, Sen. Deb Fischer, of Nebraska, told Pentagon officials that she was deeply concerned — in light of adversaries developing new hypersonic and cruise missile systems — that the Biden budget funds MDA “at what would be the lowest level since 2016.

“I understand that these are part of the hard choices being made across the entire defense budget and the result of adopting a top line that ultimately reduces spending on defense,” Fischer said. “Nevertheless, I am concerned that this level of funding, especially if sustained into the future, will be insignificant — will be insufficient to pace the growing threats facing our nation, and we will be left in a precarious situation as a nation.”

At the same hearing, Alaska Republican Sen. Dan Sullivan, lamented that some 70 percent of the programs MDA administers would face a cut, including the Ground Based Midcourse Defense Program, based at his state’s Fort Greely. In an exchange with Sullivan, MDA’s Hill acknowledged he’d had to cut back on interceptors.

“There’s a top line reduction and so we had to prioritize and I think we did it right,” Hill said. “When you see our unfunded priority list, where we had to take our risk was in production, so you will see at the top of that list the need to procure more interceptors because that’s where I had to take risk in order to not see the fall-off of availability, reliability of the current [ground-based interceptors] fleet. In fact, we made sure that program is rock solid and moving forward with a service life extension.”

Sullivan interjected, asking if he’d prefer not to take the 15 percent cut to his budget in FY22.

“I always prefer to be able to have a full balance of science and technology development, testing and sustainment to support the services,” Hill said.

When will Windows 11 ship? Here’s what we know

Acting US Navy undersecretary James Geurts to retire this month