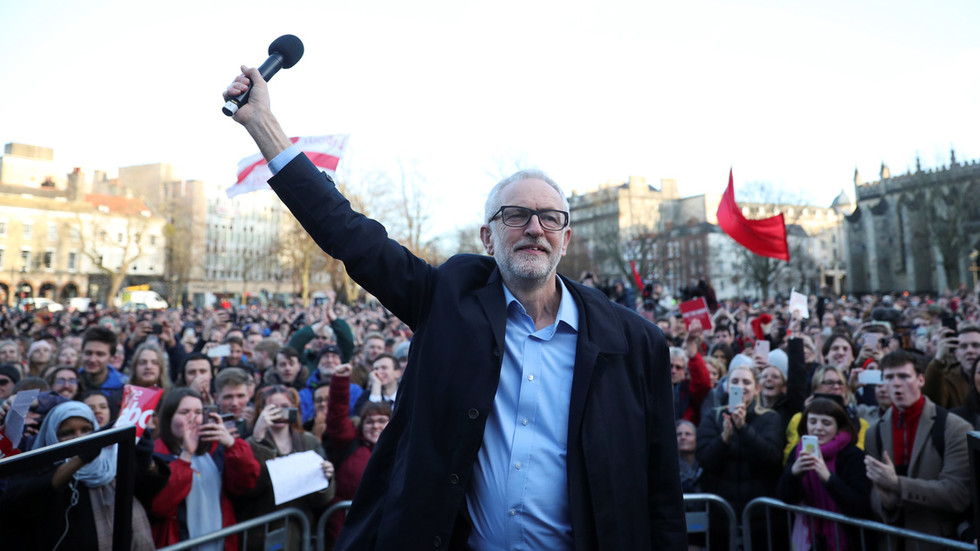 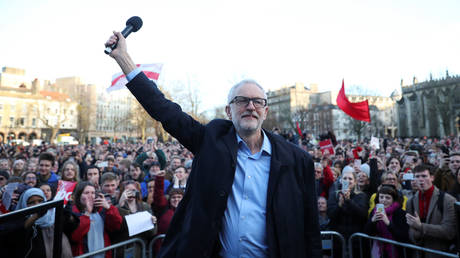 Britain’s Labour Party has suspended two leading members of a local organisation, one of whom is Jewish, after they publicly accused Keir Starmer of using an anti-Semitism probe to crack down on former party leader Jeremy Corbyn.

Those sanctioned are the chair of Chingford and Woodford Green Constituency Labour Party, Gary Lefley, and its vice-chair, Naomi Wimborne-Idrissi.

The suspension came after the two staged an online meeting with fellow party members earlier this week, criticising that way the Labour leadership has handled the Equalities and Human Rights Commission’s (EHRC) report on anti-Semitism in the party and expressed support for former party head Corbyn.

In his speech, Lefley attacked Starmer, accusing him of “collusion” with the Tories and plunging the Labour Party “into internecine warfare.”

By suspending Corbyn and removing his parliamentary whip, Starmer himself was “in breach of party rules,” Lefley insisted, according to British media reports.

Lefley also complained about the policies within the party, which forced dissident members to “button our lip at risk of being expelled.”

During the same meeting, vice-chair Wimborne-Idrissi supported another member’s speech, in which the current Labour leadership was accused of having “weaponised” the issue of anti-Semitism. “There are many Jews in the party, including me, who endorse 100 percent” this point of view, she insisted.

“The cynical manipulation of Jewish fears and concerns is unforgivable and undermines all our work against racism of all kinds,” she allegedly said.

Wimborne-Idrissi is a rather controversial figure in the party, due to her involvement with the Jewish Voice for Labour group. The organisation stands against racism and discrimination of Jews, but also backs the Palestinian cause and resists attempts to widen the definition of anti-Semitism beyond its original meaning. The activist confessed that due to her views she had been labeled “not a proper Jew; the wrong sort of Jew; self-hating Jew” all her life.

Also on rt.com
Starmer vs Corbyn civil war shows EXACTLY why the working class stopped voting for the Labour Party a long time ago


A report by the EHRC in October found the Labour Party “responsible for unlawful acts of harassment and discrimination” of Jews under Corbyn’s leadership between 2015 and 2020.

Starmer, who became Labour leader in April, has called the report “a day of shame” for the party. But Corbyn reacted to it by saying that anti-Semitism claims were “overstated” and ended up being suspended from the party himself. He was soon reinstated, but Starmer didn’t return his parliamentary whip to him.

Corbyn’s suspension has led to a split in the party, which Labour leadership has tried to overcome seemingly by making discussing the issue a taboo. General Secretary David Evans said that motions in support of Corbyn undermine the party’s ability to provide “safe and welcoming space” to members, including those of Jewish origins.

Last week, Labour deputy leader, Angela Rayner, warned that the party was willing to suspend “thousands and thousands” of members over alleged anti-Semitism if necessary.

Report: the number of malware strains written in Go have…

Meet Randonautica, an App That Drags You to Random,…

The 23 Best Nintendo Switch Games for Every Kind of Player

These Board Games Have Fun Mobile Versions You Can Play…