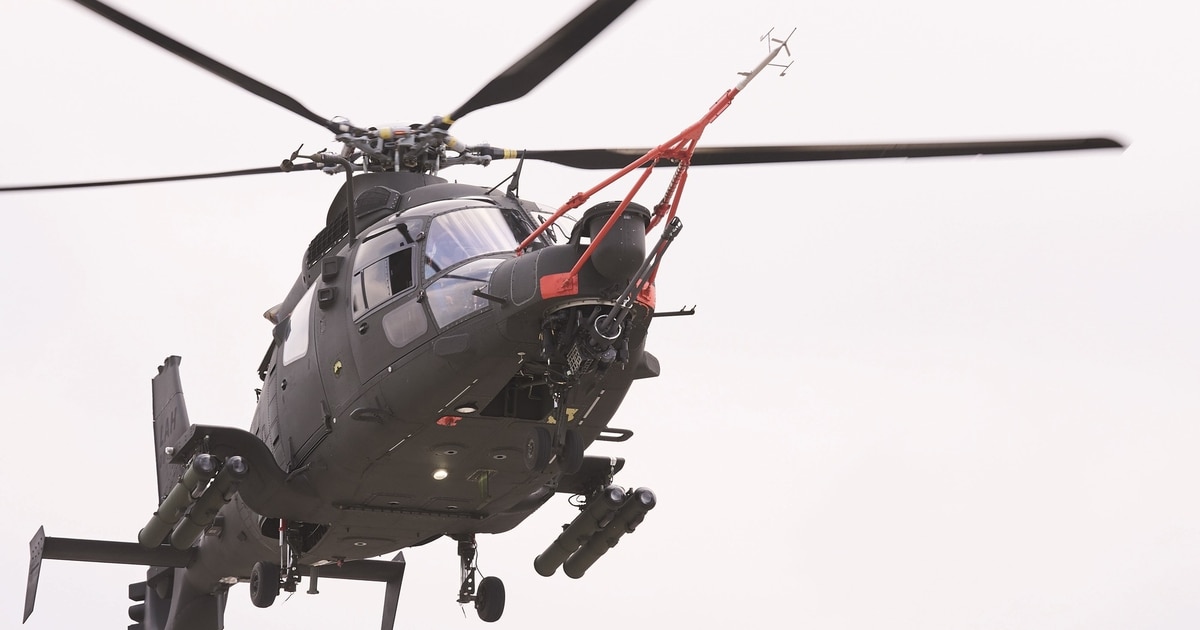 The manned-unmanned teaming tests are in the early stages and will take place over the next five years. According to reports in South Korea, the development will provide KAI’s Light Armed Helicopter with a manned-unmanned capability.

KAI did not respond to a request from Defense News for further elaboration, and IAI would not elaborate beyond their initial statement, citing the memo as an early stage in the industrial collaboration. The companies also did not indicate if the effort would include an existing system or a new loitering munition.

Reports in South Korea point to the government’s Defense Acquisition Program Administration as saying KAI will develop its Light Armed Helicopter with a manned-unmanned teaming concept in mind. This is expected to be completed by 2022. KAI was selected by DAPA in 2014 to develop the helicopter for delivery by 2023.

“The manned-unmanned system will allow pilots to approach and launch unmanned, weaponized aerial vehicles that will fire on or bomb enemy targets without posing a risk to the pilots themselves,” KAI representative Han Jeong-eun said, according to Korea’s JoongAng Daily.

IAI President and CEO Boaz Levy said the memo, announced March 3, “is another milestone in our growing collaboration with KAI.”

“IAI has long relations with the Republic of Korea and the local industries and we are happy to join KAI, one of Korea’s leading companies to explore future opportunities,” he said, using the official name for South Korea. He added that the combination of IAI’s loitering munitions experience and KAI’s technology will create opportunities for an improved solution on the future battlefield.

Loitering munitions are also referred to as kamikaze drones because they can be used as weapons by crashing into a target.

KAI President and CEO Ahn Hyun-ho reiterated the importance of the KAI-IAI partnership, which has lasted decades for both defense and commercial projects. “Through the combination of domestic aircraft technology and IAI’s excellent unmanned aerial system technology, IAI and KAI would provide a foothold for innovation, such as strengthening the defense power of the Republic of Korea and commercializing exports in the future.”

Previous reports indicated that IAI and other Israeli companies that make loitering munitions, such as Elbit Systems and Aeronautics, sold such systems to Azerbaijan. IAI is a historic leader in Israel’s UAV industry and in development of these types of munitions. The world has seen increased interest in loitering munitions, and advanced militaries like those of the U.S. and Australia are particularly eying manned-unmanned teaming concepts. The U.S. Army awarded a contract to develop secure communications for manned-unmanned capabilities in February 2020.

The British Defence Ministry also wants to combine Leonardo helicopters with a manned-unmanned teaming capability, according to reports in October 2020. IAI already makes several canister-launched loitering munitions, such as the Green Dragon and the Harop.

Some Xbox controllers are failing to respond to button presses