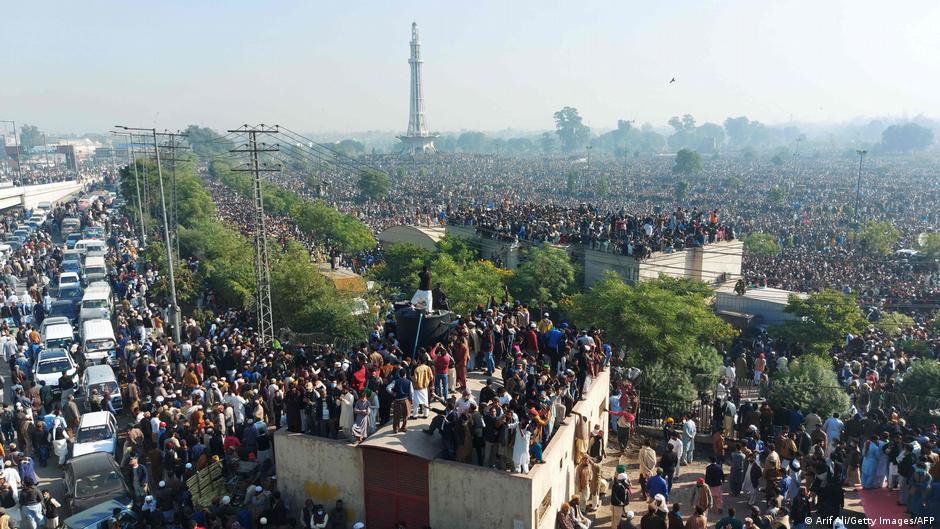 Supporters of Khadim Hussain Rizvi gathered in the eastern Lahore city on Saturday to pay respect to the hardline Sunni cleric, who passed away on Thursday at the age of 54.

Rizvi, a leader of the hardline Tehreek-e-Labbaik Pakistan (TLP) party, was a controversial cleric who supported the Islamic country’s blasphemy laws.

Earlier this week, his party staged massive rallies against the French government over President Emmanuel Macron’s defense of his country’s freedom of speech laws in the wake of the killing of a teacher who had shown caricatures of the Prophet Muhammad to his class.

The TLP ended its protests after Prime Minister Imran Khan’s government reportedly agreed to its demand to expel the French ambassador to Pakistan. 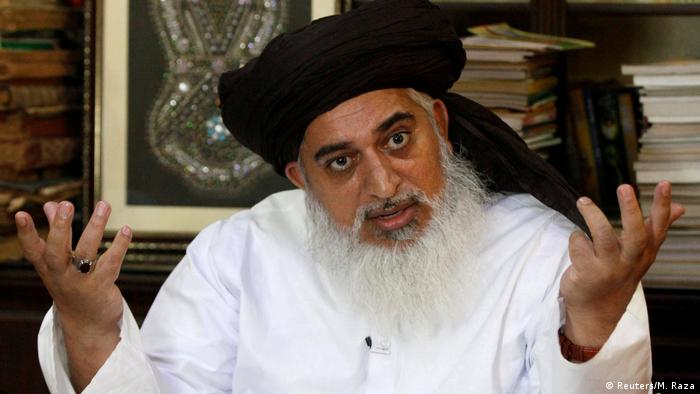 ‘More dangerous than the Taliban’

Blasphemy is a contentious issue in Pakistan, where anyone deemed to have insulted Islam or the Prophet Muhammad can face the death penalty under the country’s blasphemy laws.

Rights activists say the laws are often employed in cases that have little to do with blasphemy and are used to settle petty disputes and personal vendettas. Christians, Hindus and Ahmadis — a minority Islamic sect — are often victimized as a result.

In November 2018, the TLP called off nation-crippling protests after striking a deal with the government on the legal future of Asia Bibi, a Christian woman acquitted of blasphemy. TLP supporters had held three days of sit-ins and demonstrations after the Supreme Court of Pakistan overturned Bibi’s blasphemy conviction, ending her eight years on death row.

“In some ways, he (Rizvi) was even more dangerous than the Taliban, with his supporters not limited to remote tribal areas, but present in large numbers in the country’s heartlands,” Omar Waraich from Amnesty International told AFP news agency.

Authorities have not disclosed Rizvi’s cause of death, but many in Pakistan believe the cleric had contracted coronavirus during the anti-France demonstrations.

Pakistan has so far registered over 371,00 COVID-19 cases and 7,603 related deaths. A second – and more lethal – coronavirus wave is currently underway in the country.

Khan has ruled out the possibility of a fresh lockdown to curb the virus, saying it would damage the country’s economy. He, however, has urged citizens to strictly follow the government’s health guidelines.

The PM’s Tehreek-e-Insaf (PTI) party is blaming opposition parties for a renewed spike in coronavirus cases.

Read more: Who is Maryam Nawaz, the face of Pakistan’s anti-government movement?

“They are even defying court orders and holding a jalsa (demonstration) when cases are rising dramatically,” he added.

But Farooq Tariq, a Lahore-based labor rights activist, wrote on Facebook that the government is playing politics over coronavirus, which is evidenced by the fact that it allowed Rizvi’s funeral procession without ensuring COVID-19 safety measures.

“On the one hand, the government wants to stop the opposition’s upcoming Peshawar rally, on the other, it lent full official support to Rizvi’s funeral. It shows the government’s hypocrisy,” he wrote.

Tariq said the establishment (often referred to as the military in Pakistan) has been responsible for emboldening hardline Islamist groups and undermining democratic forces in the country.