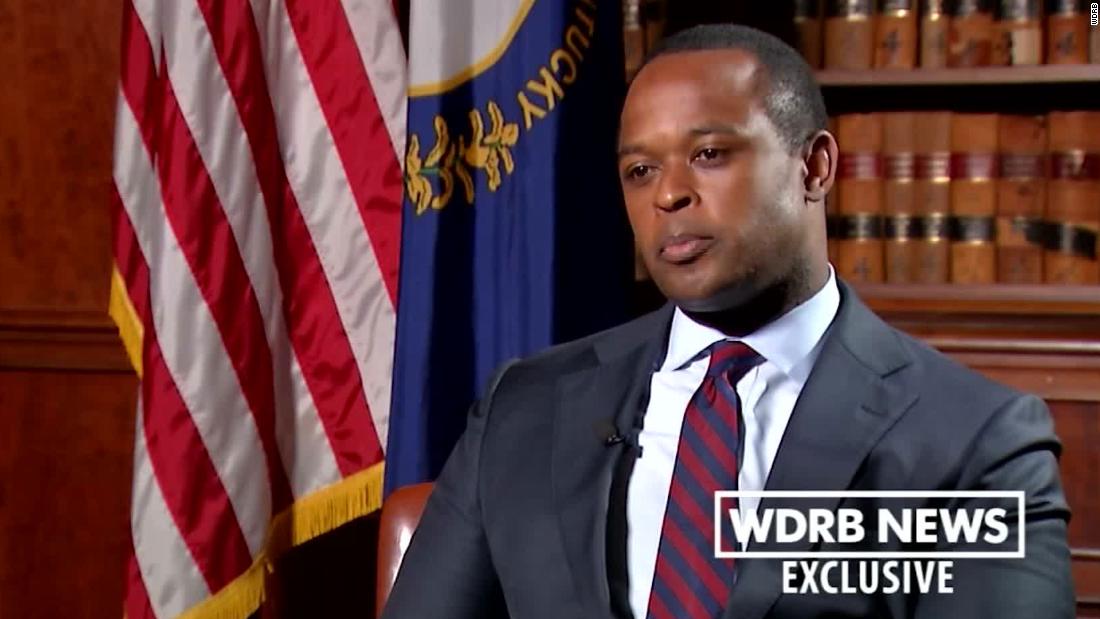 The highly unusual public release of secret grand jury proceedings had been expected Wednesday after Jefferson Circuit Court Judge Ann Bailey Smith ordered recordings of the two and half day presentation to the panel to be filed with the court by noon local time.

Kentucky Attorney General Daniel Cameron had sought a one-week delay in a motion filed Tuesday, arguing that it was necessary to protect the interest of witnesses, particularly “private citizens named in the recordings.” His office wants to “redact personal identifiers of any named person.”

“The Judge ruled on the motion today and granted an extension until noon on Friday to give us proper time to redact specific personal information of witnesses,” Elizabeth Kuhn, a spokeswoman for the attorney general, said via email.

Taylor was fatally shot in her Louisville apartment in March by officers executing a drug warrant.

The grand jury did not indict any of the officers involved on charges related to her death. One officer was charged in connection with shots he fired into an adjacent apartment.

Cameron’s office said in a statement earlier Wednesday that the recording is more than 20 hours long and it needed “additional time … to redact personally identifiable information of witnesses, including addresses and phone numbers.”

The release of the recording was expected after a grand juror had requested in court that all recordings, transcripts, and reports of the panel relating to the police-involved shooting case be released to the public.
The juror has suggested the Kentucky attorney general may have misrepresented to the public the case presented to the panel, according to a lawyer for the juror.

Kevin Glogower, attorney for the anonymous grand juror, on Wednesday accused Cameron of “damage control.” Glogower said it’s important for the public to know what charging options were presented to the grand jury and whether charges were recommended in connection with Taylor’s killing.

Taylor’s death set off outrage across the country, chants of “say her name,” calls to arrest the officers, and a renewed focus on the Black women killed by police. Her story gained wider attention during nationwide demonstrations that followed the late May killing of George Floyd at the hands of Minneapolis police. Protesters took to the streets again after no one was charged in connection with her death.

A lawyer representing 13 “John Does” has filed with the court a “motion to intervene” in the case of former detective Brett Hankison, who was charged with wanton endangerment in the first degree in the Taylor case. The motion asked the court to keep identifying information out of the public record.

The 13 people are witnesses gave statements to the LMPD’s Public Integrity Unit and then later to the attorney general’s office as part of its investigation into Taylor death.

The attorney general, who was named a special prosecutor in the case in May, initially refused to release grand jury transcripts or recordings despite growing public calls to do so by the Louisville mayor, the Kentucky governor, and Taylor’s family’s attorneys.

But Cameron late Monday evening announced he would comply with a judge’s ruling ordering a recording of the grand jury presentation be added to the court’s case file. He had previously said releasing the presentation would interfere with other investigations, including an FBI probe.

Cameron said in a an interview with CNN affiliate WDRB Tuesday night that the grand jury could have considered other charges on its own.
“If they wanted to make an assessment about different charges, they could’ve done that. But our recommendation was that Mattingly and Cosgrove were justified in their acts and their conduct,” said Cameron, the first Black person to hold the post and a rising Republican star.

Det. Myles Cosgrove and Sgt. Jonathan Mattingly were two of three officers present the night of March 13 when Taylor was killed in the botched raid.

Taylor, an EMT and aspiring nurse, was killed in her home when the plainclothes officers executed a “no-knock” warrant.

Cosgrove and Mattingly were not indicted in the case though Cameron said Cosgrove fired the fatal shot — which he said was justified because Taylor’s boyfriend fired at officers first.

Kent Wicker, Mattingly’s attorney, said in a statement Wednesday that suggestions the grand jury process was mishandled were “uninformed and unfounded.”

He said it would be “unethical for a prosecutor to present an indictment to the Grand Jury that the law did not support.”

Lawyer for grand juror says questions about the process abound

Hankison was indicted on three counts of wanton endangerment in the first degree for firing blindly into an adjoining apartment that was occupied. Hankison has pleaded not guilty.

Cameron told the station that he didn’t seek murder charges against Cosgrove or Mattingly.

“Ultimately, our judgment is that the charge that we could prove at trial beyond a reasonable doubt was for wanton endangerment against Mr. Hankison,” Cameron said.

But Glogower told reporters this week that his client’s position is, “What was presented [to jurors] is not being publicly disclosed.”

“What Attorney General Cameron is continuously not answering is: Did he give the grand jury the option to charge anyone with anything in addition to the wanton endangerment charges, anything related to Taylor, and did he recommend that they do so?” Glogower said.

“Did he or did he not present those charges and explain fully how they can apply to this case?”

The city of Louisville announced on Sept. 15 a $12 million settlement of the family’s wrongful death lawsuit. The city also agreed to enact police reforms which include using social workers to provide support on certain police runs and requiring commanders to review and approve search warrants before seeking judicial approval.

England lose Knight and Jones in first over