‘Keep Mars Weird’ Is a Hilarious Satire of Austin 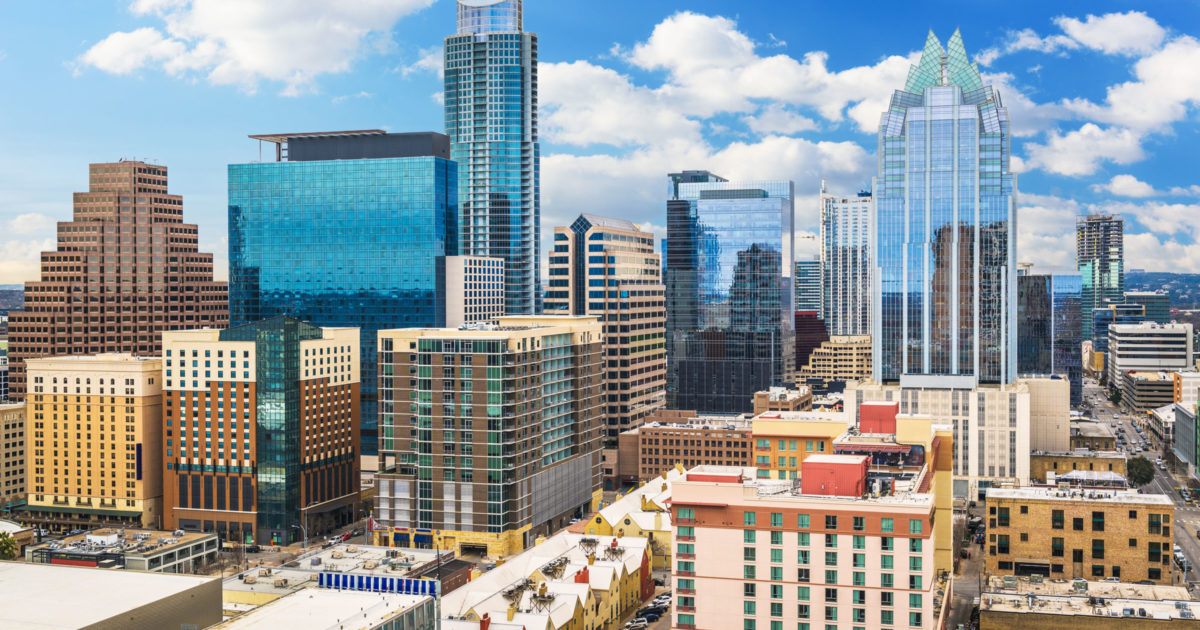 In Neal Pollack’s humorous sci-fi novel Keep Mars Weird, young people flock to Mars in search of the ultimate party, only to discover that the planet is an overcrowded hellscape ruled by a corrupt real estate developer. The story was inspired by Pollack’s hometown of Austin, Texas.

“I’ve lived here on and off for 20 years, and I’ve gradually watched it go from being a party town with a laid back culture to being this fancy-shmancy tech hub,” Pollack says in Episode 439 of the Geek’s Guide to the Galaxy podcast. “The marketing of that bohemia, and turning it into this simulacrum of what it once was, I found it ridiculous and also kind of hilarious. So Keep Mars Weird is a futuristic sci-fi take on gentrification, basically.”

The title Keep Mars Weird is a play on the phrase “Keep Austin Weird,” which Pollack says began as a rallying cry against commercialization and conformity but was quickly co-opted into a marketing slogan. “‘Weirdness’ became something that was a corporate buzzword, so people could come down here and feel funky for a few days before flying back to their expensive condos or mansions,” he says.

The climax of the novel features a clash between armed revolutionaries and corporate mercenaries at the annual Mars by Mars festival, a thinly veiled reference to South by Southwest. Pollack says that South by Southwest, which began as an indie music festival but soon morphed into a Silicon Valley networking event, is emblematic of the changes that have come to Austin.

Still, for all his reservations about the city’s growth, he admits that the pandemic has given him a greater appreciation for South by Southwest. “I missed it when it was gone,” he says. “I’ll be glad when I can go wander around and listen to Japanese punk rock bands again.”

Listen to the complete interview with Neal Pollack in Episode 439 of Geek’s Guide to the Galaxy (above). And check out some highlights from the discussion below.

“They hired good editors to work with me, and put clever covers on everything. I had no real problems with them. I would say the one problem with putting out books through Amazon Publishing is that they weren’t in bookstores, so it all had to be sold through the website. They sold quite a good number of copies, but because it was Amazon, it didn’t get any bookstore play. It was hard to book events, because independent bookstores, which had previously been my bread and butter, didn’t want to work with Amazon, and it was hard to get press and reviews. So the books operated in this separate publishing ecosystem, where they sold as many copies—if not more—as my previous books, but they were kind of invisible to the naked eye.”

“[Dave Eggers] told me that he wanted to start a publishing company, and we came up with the idea for this character ‘The Greatest Living American Writer,’ who was a parody of literary lions and pompous magazine journalists, making fun of Norman Mailer and Gore Vidal and whatnot, and we put this book together called the Neal Pollack Anthology of American Literature. I finished it in May of 2000, and by September of 2000 it was out, and there was a full-page review in the New York Times Book Review. I was profiled in Men’s Journal, I was named the ‘hot writer of the year’ by Rolling Stone magazine. It was crazy. There you go. Suddenly I was a relatively famous writer. It was incredible.”

Neal Pollack on his memoir Pothead:

“It’s gratifying if I can help someone else, or give them a sense of hope that they’re not alone in believing that they have a problem. Because there’s a lot in our culture that says that marijuana is good for you, or that it’s harmless—even more harmless than something like alcohol, certainly more harmless than harder drugs. So when people say they have a problem with marijuana, a lot of times society pooh-poohs them, refuses to believe them, dismisses their addiction. And my book, while I wouldn’t call it a ‘scared straight’ narrative, or even a warning necessarily—because I do escape the worst consequences of addiction—I think it’s a kind of counter-narrative to what marijuana lovers and the marijuana industry puts out.”

“Keep Mars Weird makes fun of lots of different things, including the radical left and their revolutionary fervor, which is just another source of societal misery. The corporation causes societal misery, the people who are fighting the corporations cause misery, the government causes misery. Everyone causes misery for everyone else, and really at the end of the day the individual suffers, and we really all just want to be left alone to be free to do our thing. Anyone with these millennialist visions of a better world, they never quite turn out like we think they’re going to. … Everyone’s vision is destructive in one way or another, and we’re all just getting battered around like balls in a bingo shaker.”

NFL 2020: How to watch Seahawks vs. Bills, Bucs vs. Saints, RedZone and the rest of Week 9 without cable