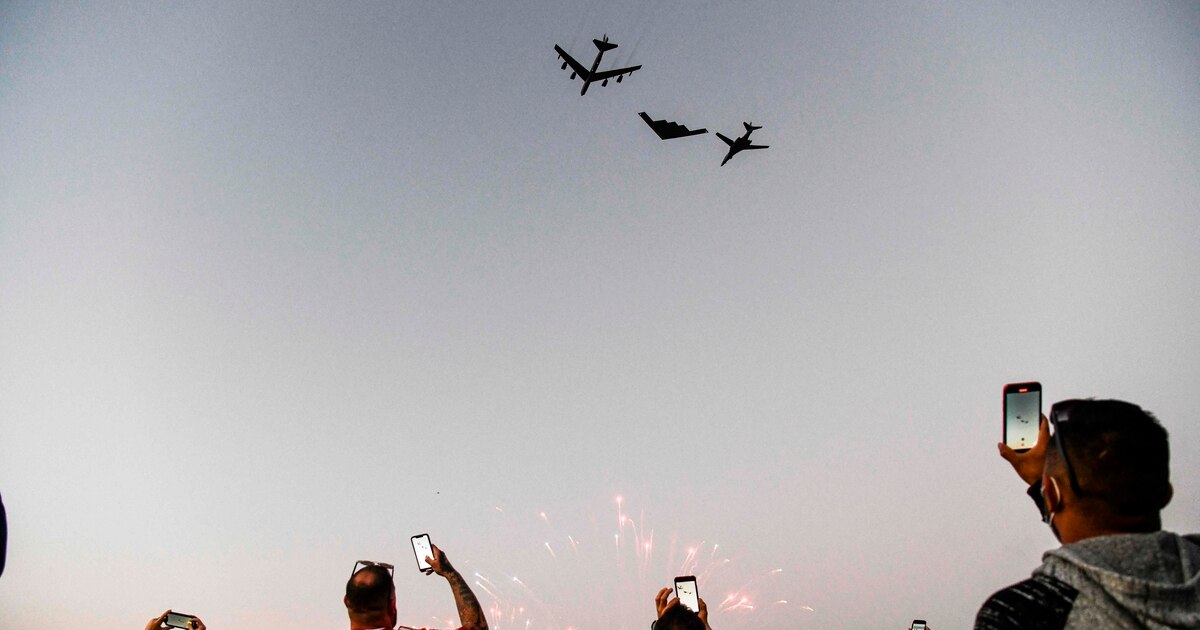 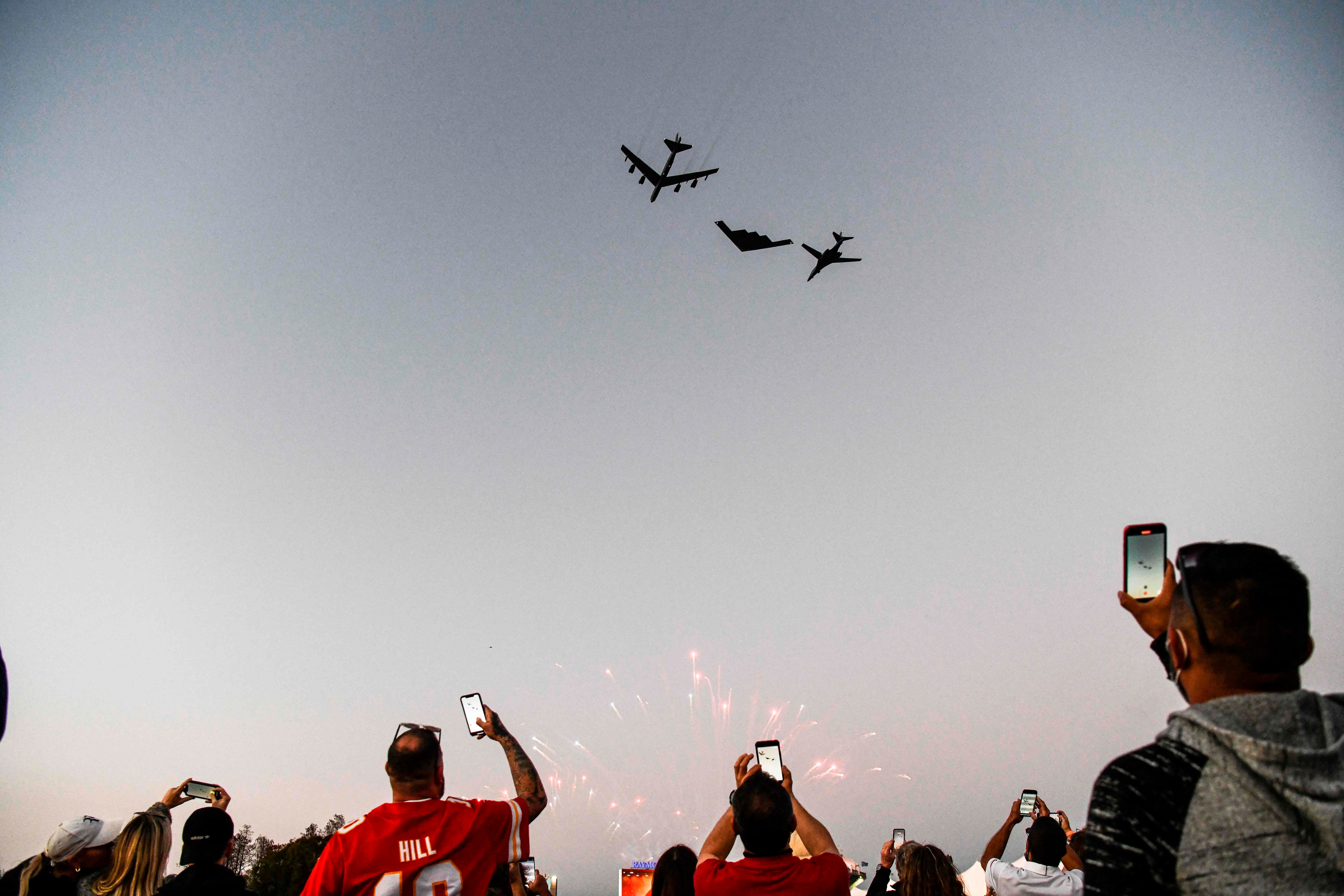 The crisp formation of the B-1, B-2 and B-52 was another of many recent events showcasing the resurgence of Air Force bombers globally. With more frequent bomber deployments and flybys in the Indo-Pacific and Middle East regions, the Air Force is rediscovering the value of transoceanic bombers in strengthening deterrence and enforcing containment of Chinese, Russian and Iranian expansion. They are also a clear reminder to the nation of the vital importance of retaining a large force of conventional and nuclear-capable bombers.

In the past six months, B-1s have flown long-duration, nonstop missions from Ellsworth Air Force Base in South Dakota and Dyess Air Force Base in Texas to the Middle East as a signal to Iran that American bombers are present and can attack from anywhere on short notice.

At the same time, B-52s from Minot AFB in North Dakota and Barksdale AFB in Louisiana have flown both nonstop missions from these bases and missions while deployed to Guam. Bombers have maintained a near-continuous presence at Guam with continuous rotations of B-1s, B-2s and B-52s.

In its defense plans last year, the Air Force anticipated cutting its bomber force by incrementally retiring all B-1s and B-2s in anticipation of entering production of the new B-21 in the mid-2020s. The Air Force should rethink those baffling plans now that bombers are playing a larger role.

Defense leaders recognize bombers as essential and vital to deal with great power competition in the Pacific, and with a growing threat from Russia and Iran. Bomber presence in the Western Pacific, Eastern Europe and the Middle East also reassures our allies in those regions — notably Japan, South Korea, NATO members and Israel — that U.S. bombers provide a visible expression of extended deterrence and a forceful reminder to our adversaries against any thoughts of aggression.

B-2s and B-52s also create ambiguity in the minds of our adversaries, who do not know whether the aircraft are carrying conventional or nuclear weapons.

With the debt burden our nation now carries, defense budgets will come under increased scrutiny. Bombers can maintain near-continuous presence globally at a small fraction of the cost of aircraft carrier battle groups, and they can provide more firepower. A single B-2 can carry and launch 80 precision-guided weapons, each to a different target, and penetrate contested airspace. B-1s and B-52s can carry and launch long-range, stealthy cruise missiles from ranges outside the threat rings. Individually or in combination, they can provide far more massive firepower than land or sea-based systems.. The Pentagon leadership must now recognize the savings in people, operating costs and increased survivability of the bomber fleets versus aircraft carrier battle groups, and shift priorities to match this reality.

The Air Force has already begun retiring 17 more B-1s, with plans to retire all B-1s and B-2s even before the B-21s are fielded in numbers. Retiring any more B-1s and B-2s should happen only as they are replaced, one for one, by new B-21s. That means continuing to retain and modernize them for 10 more years of service.

Now is the time to upgrade the enduring value of the nation’s bomber force and its immense contributions to global deterrence and combat actions. Retaining all Air Force bombers now, and fielding the B-21 soonest, should be the top priority of the Department of Defense.

Retired Gen. John Michael Loh is a former U.S. Air Force vice chief of staff and had served as the commander of Air Combat Command.

After Airbnb changed its policy to allow cancellation with full refunds, some aggrieved hosts are trying to cut it out of bookings or are planning legal action (Erin Griffith/New York Times)

Mortal Kombat coming to theaters and HBO Max: How to watch,…

Review of Gab's open source code shows that the…