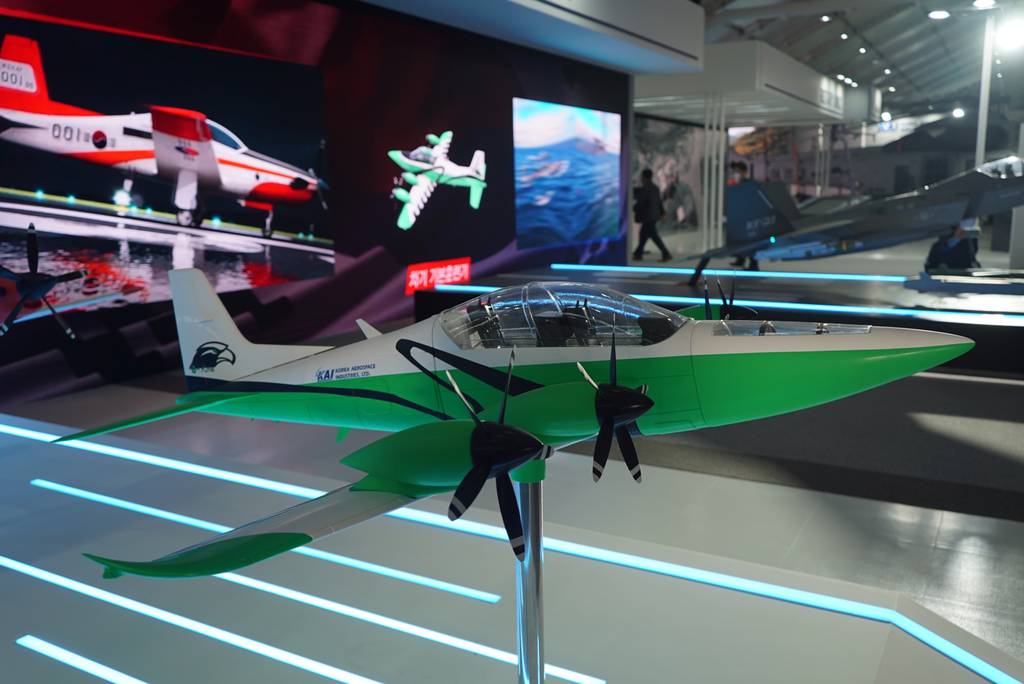 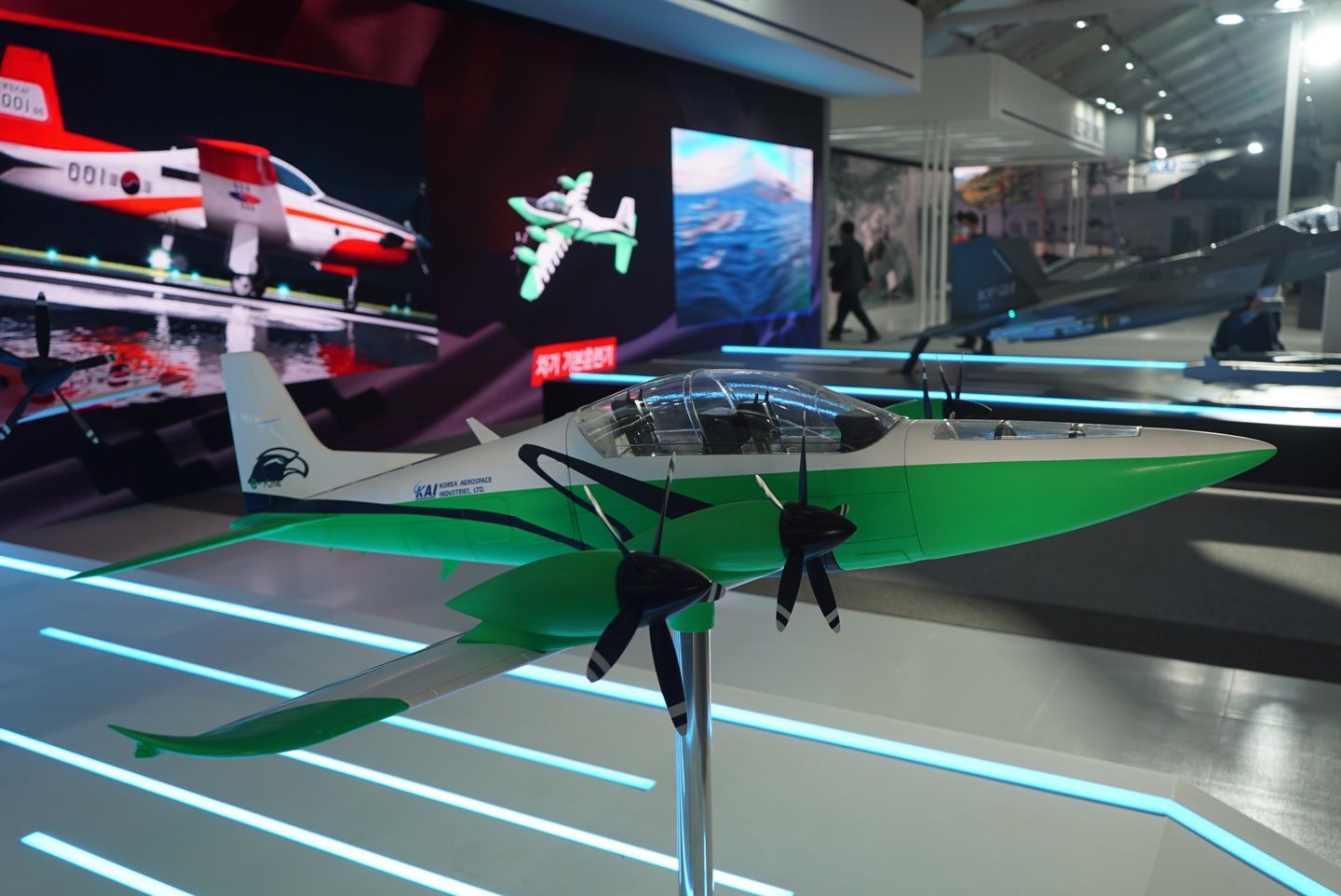 SEOUL — Korea Aerospace Industries, or KAI, showcased this week a concept model of an electrically powered basic trainer aircraft during the Seoul International Aerospace and Defense Exhibition 2021 at an airbase in Seongnam, just south of Seoul.

Nicknamed “Black Kite,” the twin-seat concept aircraft features an electric propulsion system powering a total of four propellers mounted on the wings. It is expected to replace the KT-1 basic trainer in service with the South Korean Air Force.

“The output of engine power for the next-generation basic trainer is to be increased to at least 1,600 horsepower, and the aircraft is to be equipped with a digital cockpit and pressurization system, which will result in greater operational convenience for the pilot,” the aerospace company said in a press release.

The low-emission aircraft is expected to be 4.7 meters (15.4 feet) high and 11.6 meters long with a wingspan of 11.2 meters. The aircraft is also to leverage augmented reality and virtual reality to enhance the pilot’s training experience.

KAI officials anticipate the fleet of KT-1 basic trainer aircraft will be replaced by newer models in the mid-2030s, as the South Korean Air Force has been flying the KT-1 for primary and basic training and forward air control missions since 2000.

KAI also developed the T-50 supersonic trainer jet, with some 80 T-50 variants being delivered to the South Korean Air Force and 20 more on order for pilot training, acrobatic and combat support missions.