Jumping the Gun? People Take to Streets of US Cities to ‘Celebrate Joe Biden’s Victory’ 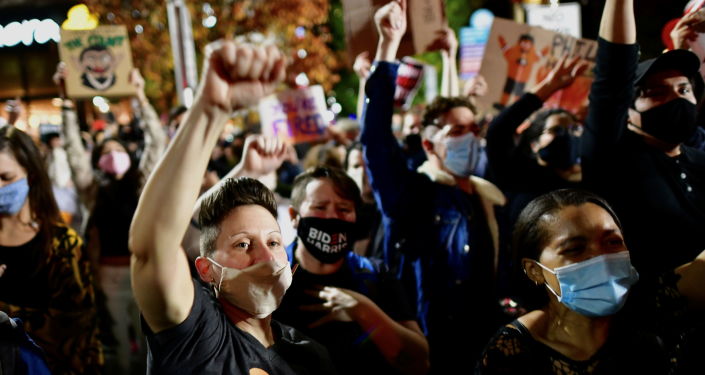 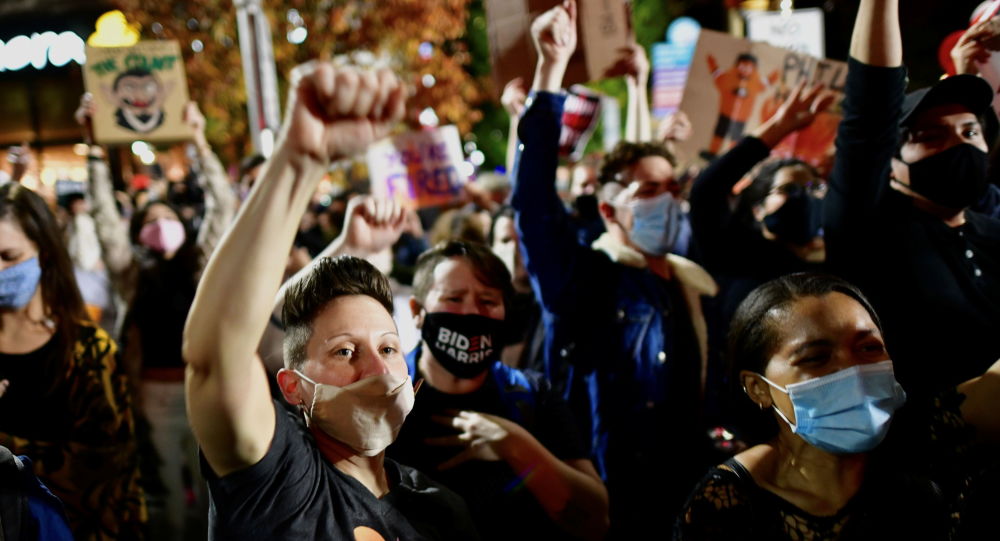 While some media called the results of the election in the majority of the US states, other battleground states continue to count the votes, leaving the outcome of the 2020 White House contest unknown.

On Friday, several American cities saw crowds of people taking to the streets for another round of post-election protests – something that social media users this time described as a celebration of what has not officially happened yet – a Joe Biden victory in the 2020 presidential race.

According to social media users, people have already thrown parties, put on funny costumes, and danced the election stress away, apparently ignoring the fact that several key states are still counting their votes.

Videos from different US cities have been shared on social media, capturing people, “unicorns”, “eagles”, “White Houses”, and other personas dancing and cheering, while holding up Biden-Harris posters.

​People in NYC’s Washington Square Park are “not waiting for the AP call”.

​Philadelphia appeared to have been partying since Thursday.

95% of the vote counted and Biden ahead by 0.25% and the crowd at the count every vote protest is chanting “i believe that we will win” pic.twitter.com/UzuebXwemf

​Dancers even seemed to agree on their favourite music to call the election to.

​Officially, the race has not been called, as some key states are still counting their votes, with 214 electoral votes for Trump and 264 for Biden, as of Saturday. The magic number to win is 270.