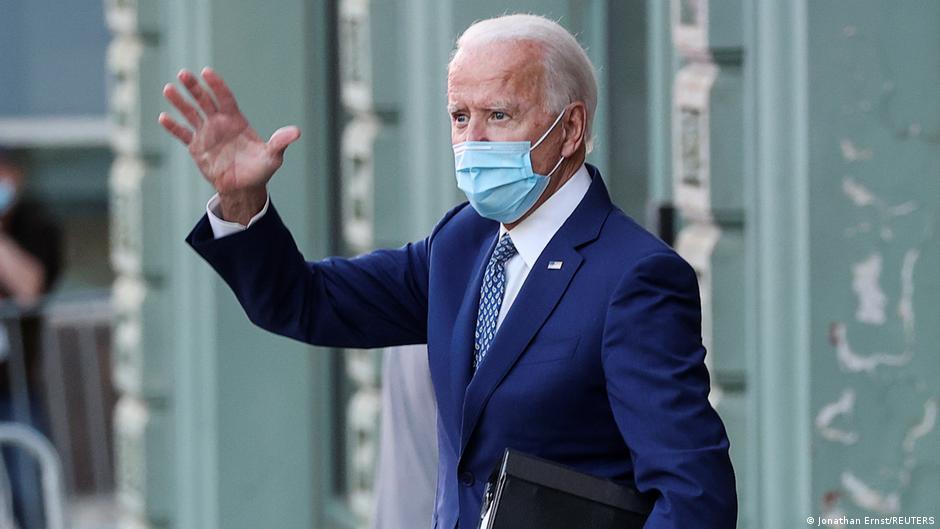 Biden made it clear in his first appearance as president-elect: Tackling the coronavirus pandemic will be his number one priority.

“Folks, our work begins with getting COVID under control,” Biden said in his victory speech  Saturday night in Wilmington, Delaware. “We cannot repair the economy, restore our vitality or relish life’s most precious moments, hugging our grandchildren, our children, our birthdays, weddings, graduations, all the moments that matter most to us, until we get it under control.”

The president-elect promised an “action blueprint,” to be implemented as soon as he’d take office on January 20, 2021.

“That plan will be built on bedrock science,” Biden added. “It will be constructed out of compassion, empathy and concern.”

Experts were relieved to hear that the future US president looks to be open to advice from scientists and medical professionals.

“I’m very hopeful and optimistic that the Biden-Harris administration will finally mount a federal response that is grounded in science,” Ashwin Vasan, a doctor and assistant professor at the Columbia University Medical Center in New York, told DW. “I’m a doctor, a public health scientist and an epidemiologist, so obviously I’m thrilled that [Biden] plans to put people with that experience at the center of his COVID response team and plan.”

Vaccine distribution is ‘a huge challenge ahead’

Biden has introduced a coronavirus task force that will have three co-chairs, all of them with considerable knowledge and experience in the medical field: Vivek H. Murthy, David Kessler and Marcella Nunez-Smith.

Murthy was the surgeon general during the Obama administration when Biden was vice president and Kessler was the Food and Drug Administration commissioner under Presidents George H.W. Bush and Bill Clinton. Both have been briefing the president-elect on the pandemic for months. Nunez-Smith is the associate dean for health equity research at the Yale School of Medicine.

The task force has their work cut out for them. The US has a total of more than 10 million coronavirus cases and has recently seen more than 100,000 new cases a day – higher than during the pandemic’s initial spike in the spring.

Monday’s announcement from German company BioNTech and its US partner Pfizer that their COVID-vaccine has proven 90 percent effective in on-going Phase III is welcome news. But a success in the testing stage today doesn’t equal vaccines for all tomorrow. And it doesn’t stop with the manufacturing of the inoculant either.

“One of the most important things for [the president-elect] to do is to develop a vaccine distribution program that is efficient and equitable,” said Vasan, who is also the head of the mental health organization Fountain House in New York. “On the production side and the distribution side, that’s a huge challenge ahead. The federal government… needs to not only ensure that vaccines are getting made, but also distribute them in a rational approach, focusing first on essential workers, highly exposed and at-risk people. Only the federal government can execute that.”

On Biden’s transition website, it says that his and Harris’ administration is going to “plan for the effective, equitable distribution of treatments and vaccines — because development isn’t enough if they aren’t effectively distributed.”

‘Lives can be saved if Americans wear masks’

The other big task is depoliticizing mask wearing. Currently there is a patchwork of mask rules varying from state to state – when you travel through Republican-governed states, like South Dakota for example, it is not unusual to see no one wearing masks, from people in the street to store patrons and not even waiters in restaurants. Elsewhere, like in Washington DC, wearing a mask is mandatory as soon as you leave your home, and the majority of people abide by that.

“Experts agree that tens of thousands of lives can be saved if Americans wear masks,” it says on the Biden transition website. “President-elect Biden will continue to call on every American to wear a mask when they are around people outside their household [and] every Governor to make that mandatory in their state.”

Vasan welcomes a unified mask policy by a president-elect who has been wearing a nose-and-mouth covering at all public appearances since the start of the pandemic, in stark contrast to President Donald Trump.

The New York doctor said that there would have to be an uptick in the production of personal protection equipment (PPE) for a national mask mandate to work, but he is optimistic.

“We’ve been talking since the beginning of the pandemic about the special abilities that the federal government has to marshal industry to direct it toward particular production, but that was never fully employed by the outgoing administration,” Vasan said.

An administration that can be helpful instead of in the way

He acknowledges that producing PPE on a large scale like that won’t be easy but that under a determined federal government, it can be done.

“I’m just very excited to have real scientists and leaders in place,” Vasan said. “Right now they’re taking all the right steps. It’s just nice to be able to have a substantive conversation about how to tackle the pandemic instead of fighting these chaotic and misinformed battles about even the basic nature of this pandemic.”

Vasan continued: “We’re entering the most difficult period of the pandemic here in the United States. We’ve got a lot to do, irrespective of who’s in charge. Now I’m hopeful the politics will not be in the way, but will actually be a catalyst and an accelerant for a strong response.”