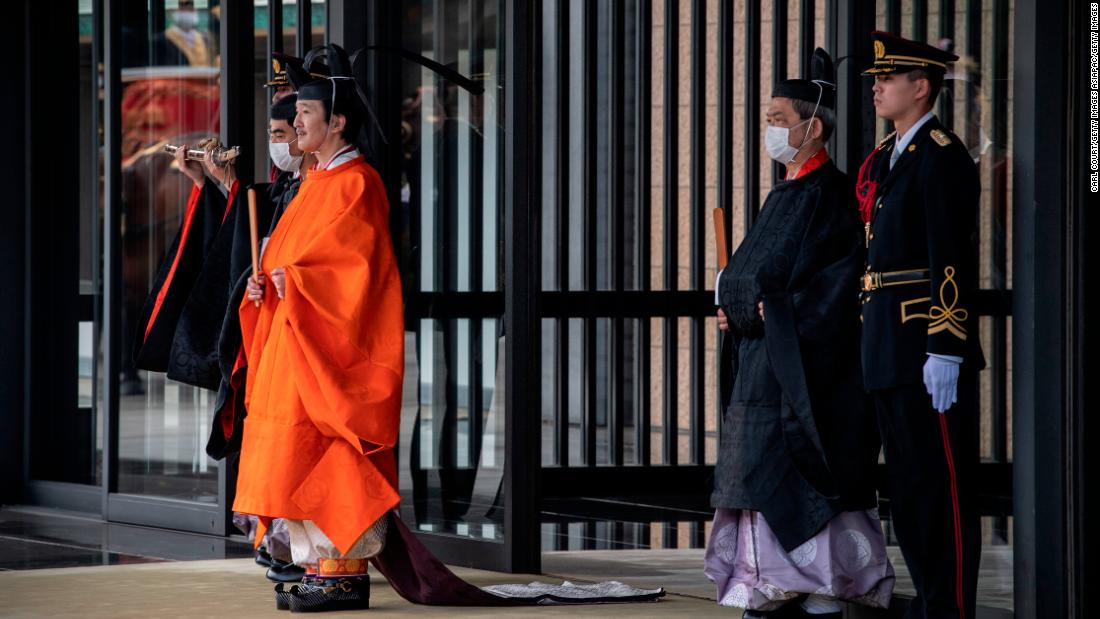 The day-long ceremonies took place at the royal residence, the Imperial Palace in Tokyo. The event had originally been scheduled for April but was postponed due to the coronavirus pandemic, and was scaled back as infections kept rising.

“I deeply ponder the responsibility of Crown Prince and will discharge my duties,” said Akishino in front of ceremony attendees, most of whom were wearing masks, in footage by public broadcaster NHK.

Last April, Emperor Emeritus Akihito formally abdicated, becoming the country’s first monarch to step down from the Chrysanthemum Throne in two centuries. After having heart surgery and overcoming prostate cancer in recent years, he cited health reasons for stepping down.

The inauguration of his son, Emperor Naruhito, ushered in the “Reiwa” era. Each emperor’s reign is marked by their era name; the name “Reiwa” was adapted from an 8th century anthology of classic poetry, and means “beautiful harmony.”

Akishino, 54, is now first in line for the throne. He is one of three heirs in total, the others being his 14-year-old son Hisahito, and Akihito’s younger brother, 84-year-old Prince Hitachi.

Under Japanese law, only men can inherit the throne — so Naruhito’s only child, 18-year-old Princess Aiko, is ineligible.

This wasn’t always the case; empresses ruled Japan at various times over several centuries. But as Japan modernized, leaders changed the role of the emperor and established a male-only succession, formally barring women from being enthroned in 1889.

In recent decades, there has been debate to introduce legislation to allow women to ascend the throne, but the birth of Hisahito — the first male heir born in 40 years — put an end to that discussion.

Japan’s succession law gained national attention again in 2018 after Princess Ayako married a regular citizen — a move that forced her to renounce her royal status and allowance. The same rule does not apply to male members of the royal family.

Changes to the law are anathema to conservatives, but debate over how to ensure a stable succession is likely to intensify.

One option is to allow women to retain their imperial status after marriage and inherit or pass the throne to their children, a change that most ordinary Japanese citizens favor, according to surveys. Within the immediate royal family, this option would apply to Princess Aiko and Hisahito’s two elder sisters.