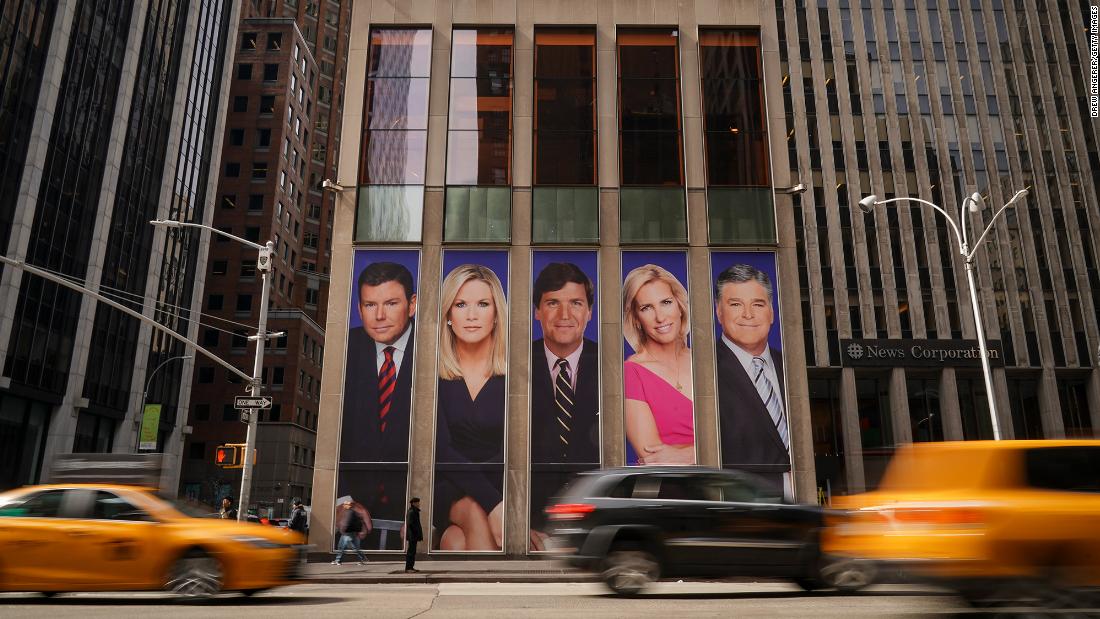 “There is still this right-wing media machine that is promoting voter fraud lies, suggesting that this is going to go to the Supreme Court, and that Trump is going to win a second term,” said CNN’s Chief Media Correspondent Brian on “Reliable Sources” Sunday. He called it an “alternative reality.” Stelter also said it was “outlandish, unproven and dangerous to democracy.”

On Sunday afternoon, the main headline on the Fox News website was “Trump team vows more lawsuits in key states this week, as top Republicans mum on Biden win.” And conservative news outlet Newsmax still has not called the election for Joe Biden.

Fox News called Arizona for Joe Biden before other news outlets made projections. Now, its anchors and correspondents are questioning their own network’s decision, and Trump is not happy.

Newsmax Media CEO Chris Ruddy told Stelter that Trump is “very disappointed in Fox News” per a recent conversation he had with the president.

“The data coming out of Fox was not good at all,” Rudy said. In response, Stelter said, “The Fox polls were scientific. They were trying their best.”

However, the conservative network’s overall tone has mostly remained steadfast in support of Trump.

The network’s leaders are allowing their biggest stars — Sean Hannity, Tucker Carlson, and Laura Ingraham — to go on air and undermine the integrity of the US election system with dishonesty.

Even the network’s so-called “straight news” division has treated the baseless allegations lobbed by the President against the electoral system with softer gloves than other networks and news organizations.

While Fox News anchor Bret Baier noted that there is no real evidence of widespread voter fraud, he and his colleague Martha MacCallum repeatedly brought up the legal challenges to the election that Trump has promised to bring, despite the fact that most legal experts have dismissed them as having little or no merit.

“You don’t see any of the hosts pushing back,” CNN’s senior media reporter Oliver Darcy said Sunday. “If you watch it, you understand that it is just dangerous stuff.”

Fox anchors and other staffers were instructed to not call Biden “President-elect” when the network called the race, according to two memos obtained by CNN Friday. And on Saturday, after the race was called by several news networks, prominent conservative personalities, such as Tomi Lahren and Mark Levin, baselessly suggested on Twitter that the election had been stolen from Trump.

Trump has been spewing misinformation about voter fraud and he’s been very vocal about taking legal action. But the people who are closest to him — including his wife Melania and his son-in-law Jared Kushner — are trying to push him to concede and move on, CNN has learned.