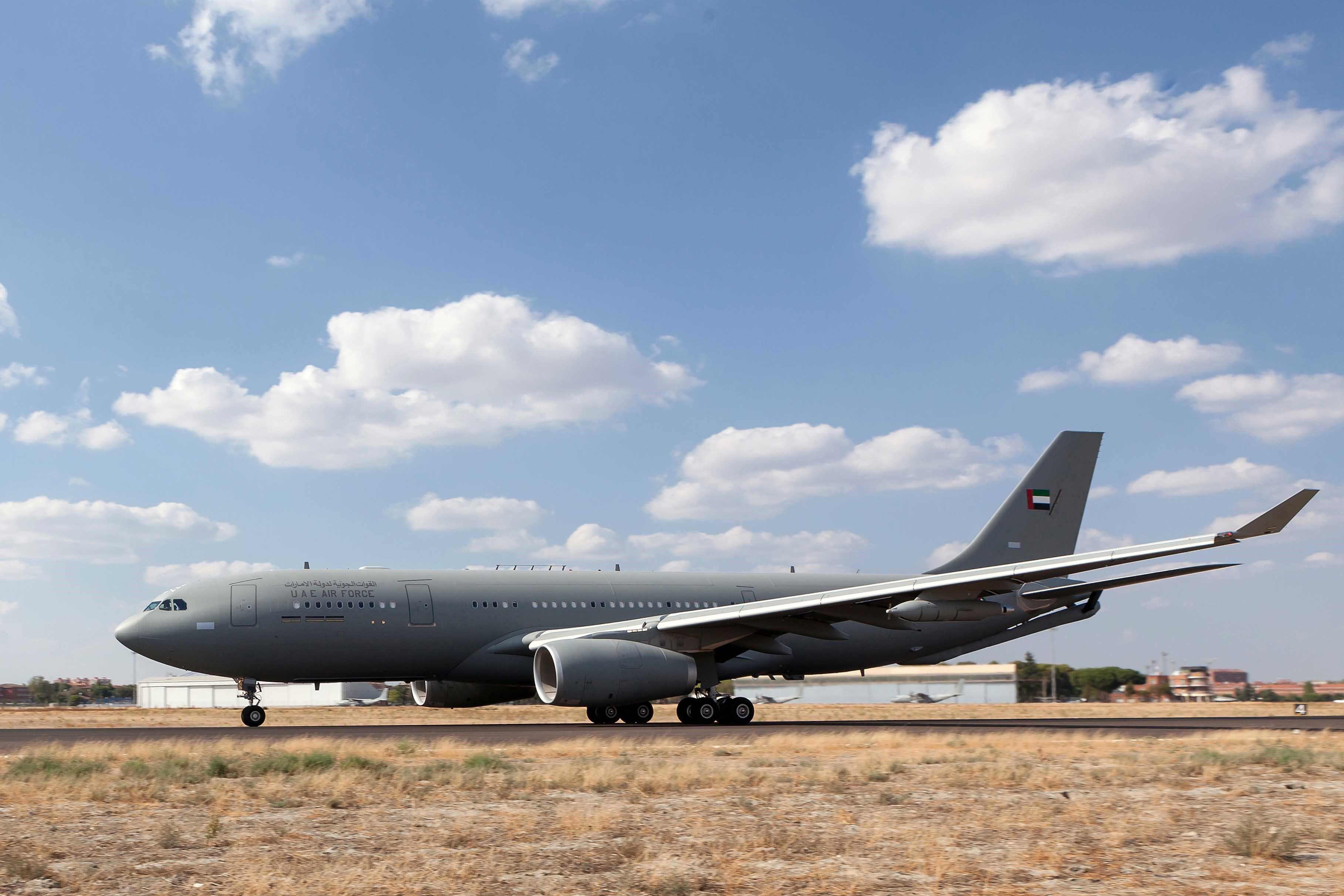 JERUSALEM — An Israeli firm’s subsidiary in the United Arab Emirates has signed a $53 million deal to supply direct infrared countermeasures and airborne electronic warfare systems for A330 tanker aircraft. This is the first public deal for the recently established Elbit Systems Emirates Limited.

Elbit Systems, which announced Jan. 3 that it will work on the UAE Air Force’s Airbus-made Multi-Role Tanker Transport fleet, said the project will take five years.

“Under the contract, Elbit Systems Emirates will deliver a multi-turret configuration of the J-MUSIC Self-Protection System together with the Company’s Infra-Red-based Passive Airborne Warning System, providing high levels of protection and redundancy,” the company said, using the product name for its direct infrared countermeasures system, which is already used on 25 types of aircraft.

The system previously underwent successful testing with the A330 and has seen contracts on the aircraft dating back to 2019. That year, Airbus conducted integration test flights for the system onboard NATO A330 aircraft at the Paris Air Show. At the time, NATO and Elbit Systems said the integration was a success on the A330s that help make up the alliance’s Multinational Multi-Role Tanker and Transport Fleet. Elbit Systems then supplied the system to the fleet.

The open-architecture system integrates laser technology with a “high frame-rate thermal camera and a small, dynamic high-speed sealed-mirror turret thus delivering high performance defense against Infra-Red missile threats,” according to Elbit. The company said it is witnessing a growing demand for such self-protection capabilities amid threats from shoulder-fired anti-aircraft missiles.

Elbit established its UAE subsidiary in November 2021, a year after the UAE and Israel normalized relations under the Abraham Accords. Since then, the UAE has participated in a joint naval drill with Israel and U.S. Central Command. Israeli defense companies also participated publicly for the first time at defense expos in the UAE, including IDEX in early 2021.

For its part, Israel’s Rafael Advanced Defense Systems has set up a joint venture with Emirati company Group 42 to focus on artificial intelligence.

The recent Elbit contract is the first public deal of its kind in the UAE and the first by the local subsidiary.

“Elbit Systems views the UAE as an important market and believes that this contract award further highlights the technological advantage and maturity of the solutions offered by the Company in this field,” the company said in a statement.

The UAE has been a major spender on defense over the last decades, although this spending appears to have tapered off recently. Abu Dhabi recently agreed to acquire 80 Rafale fighter jets in a deal with France, even as it continues talks with the U.S. to acquire the F-35 Joint Strike Fighter, deals worth a reported $18 billion and $23 billion respectively.

Seth Frantzman has been covering conflict in the Middle East since 2010 as a researcher, analyst and correspondent for different publications. He has experience covering the international coalition against the Islamic State group in Iraq and Syria, and he is a co-founder and executive director of the Middle East Center for Reporting and Analysis.

XVIII Airborne Corps commander set to be next CENTCOM boss