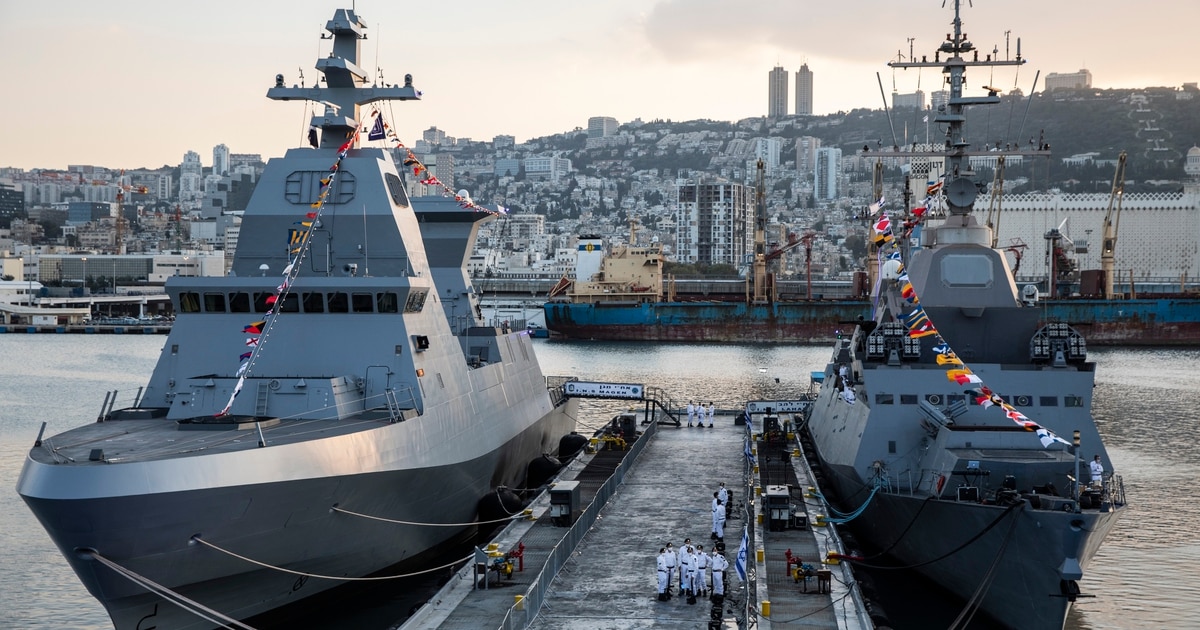 HAIFA, Israel — Israel’s Navy on Wednesday welcomed the first of four German-made warships that will be at the vanguard of the country’s efforts to protect its coastline and growing natural gas industry.

The first missile boat of “Project Magen” docked at Israel’s Haifa port, with three more of the corvettes scheduled to arrive over the next two years.

“The Israel Navy has proved it can initiate, plan, lead and implement a serious force build-up program for the long term that will answer the state of Israel’s strategic needs — from maintaining our naval superiority in the area to protecting the gas rigs and securing the trade and import routes to Israel,” President Reuven Rivlin told the welcoming ceremony.

The vessels, commonly known as the Saar 6, will lead Israeli efforts to protect its 200-mile exclusive economic zone. The natural gas industry, seen as a national asset, is at the heart of those efforts.

More than a decade after finding sizable reserves off its Mediterranean coast, Israel now generates some 60 percent of its electricity from natural gas, according to the national electric company, and has begun to export gas to its Arab neighbors Jordan and Egypt. Israel is also pursuing a project with Greece and Cyprus in hopes of creating an Eastern Mediterranean gas pipeline to Europe.

With so much at stake, Lebanon’s militant Hezbollah group has identified Israeli gas installations as high-priority targets. Israel takes such threats seriously. During a monthlong war in 2006, a Hezbollah cruise missile struck on an Israeli Saar 5 warship, killing four service members.

The new ships are to be equipped with newer and more powerful radar and other electronic systems, and handle rough seas much better than their predecessors. The 90-meter vessels are equipped with rocket and missile defense systems, anti-aircraft and anti-ship missiles, torpedoes, and an upgraded launching pad for Israel’s newest attack helicopters.

“Behind me is one of the most advanced war machines in the world, which poses a significant leap forward in the Israeli military’s ability to ensure our strength at sea and in naval operations,” said the military’s chief, Lt. Gen. Aviv Kohavi.

Israel agreed to buy the vessels in a 2015 deal valued at roughly €430 million (U.S. $480 million at the time), with the German government covering about one-quarter of the cost.

Several Israeli businessmen, including confidants of Israeli Prime Minister Benjamin Netanyahu and a former commander of the Navy, are suspects in a graft scandal connected to the purchase of the warships and submarines from German conglomerate ThyssenKrupp Marine Systems.

Netanyahu, who is on trial in three other corruption cases, was not named as a suspect in the scandal and no one active in the Israeli Navy has been connected. But critics, including his defense minister at the time, have claimed Netanyahu behaved improperly and may have had a conflict of interest. Netanyahu’s rival and governing partner, Defense Minister Benny Gantz, recently opened an investigation into the affair.