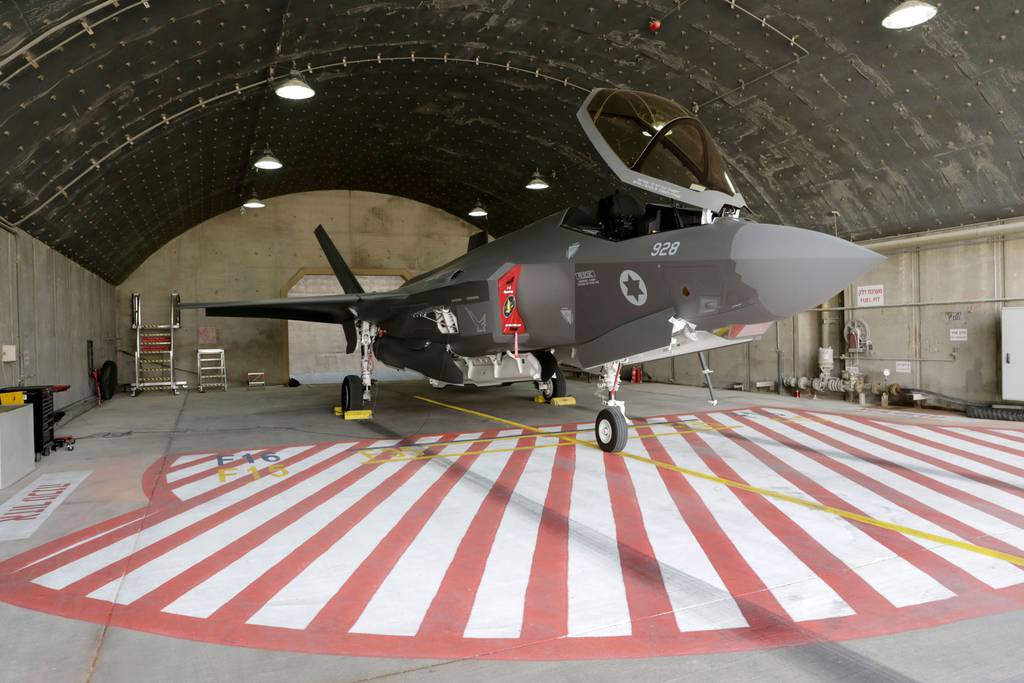 “In March 2021, the Iranian regime launched two UAVs toward Israeli territory. The UAVs were successfully intercepted by the Israeli Air Force’s F-35i ‘Adir’ aircraft. This was the first operational interception of a UAV by an F-35i aircraft in the world,” the IDF said. “The interception was carried out successfully by F-35i ‘Adir’ aircraft (from the 116th and 140th Squadrons). The F-35i ‘Adir’ has demonstrated the ability to quickly and precisely detect, identify and engage a target.”

Israel says the interception took place before the UAVs could enter Israeli airspace. This means they were shot down over the airspace of at least one other country, although Israel did not identify which one that might be. Notably, Iran has flown drones from Syria into Israeli airspace before, in February 2018 and May 2021.

“The interception of the UAVs was carried out prior to them entering Israeli airspace, in coordination with neighboring countries. The UAVs were detected and tracked throughout their flight by ground control units,” the IDF said.

“According to the forensic investigation of the shrapnel, the [March 2021] UAVs were identified as the Iranian ‘Shahad 197′ on the way to transfer munition to the Hamas terrorist organization. According to the UAVs’ flight paths, we estimate that the intended destinations for the munition transfer were Hamas terrorist operatives situated in Judea and Samaria and the Hamas-controlled Gaza Strip,” the IDF said.

In the March 7 briefing, the IDF provided more details on the use of the F-35 to take out the drones, with a senior official saying the interceptions came amid a series of escalations by Iran using drones against Israel and other regional countries. This includes the February 2018 incident in which Iran used a Shahed 141 drone flown from Syria, and the May 2021 use of a drone flown from Iraq into Israeli airspace.

Israel had said in 2018 that the Iranian drone was armed. And in November 2021, Israel’s defense minister claimed the 2018 incident included a UAV attempting to smuggle munitions into the West Bank.

In the March 2021 incidents now publicly known, the UAVs were tracked by ground control units in cooperation with intelligence units, the IDF said. “The UAVs were intercepted at the optimal operational point,” it added.

Drones fly low and slow, making them harder to detect. Their smaller size also gives them a low radar signature. An Israeli IDF official pointed to this issue as one reason the F-35 radar was well suited to the mission. Previous reports have indicated the F-35′s AN/APG-81 radar can detect low-altitude threats, such as cruise missiles.

The IDF also pointed to the technology used by the F-35 pilot’s helmet in discussing the interception. The helmet includes forward-looking infrared technology and an electro-optical targeting system.

Israel continues to receive F-35s as part of its order of 50 of the advanced aircraft. Reports last year said Israel would seek to purchase another 25 of the aircraft.

Seth Frantzman is the Israel correspondent for Defense News. He has been covering conflict in the Middle East since 2010. He has experience covering the international coalition against the Islamic State group in Iraq and Syria, and he is a co-founder and executive director of the Middle East Center for Reporting and Analysis.