Is Trump ‘foolish enough’ to veto the defense bill? 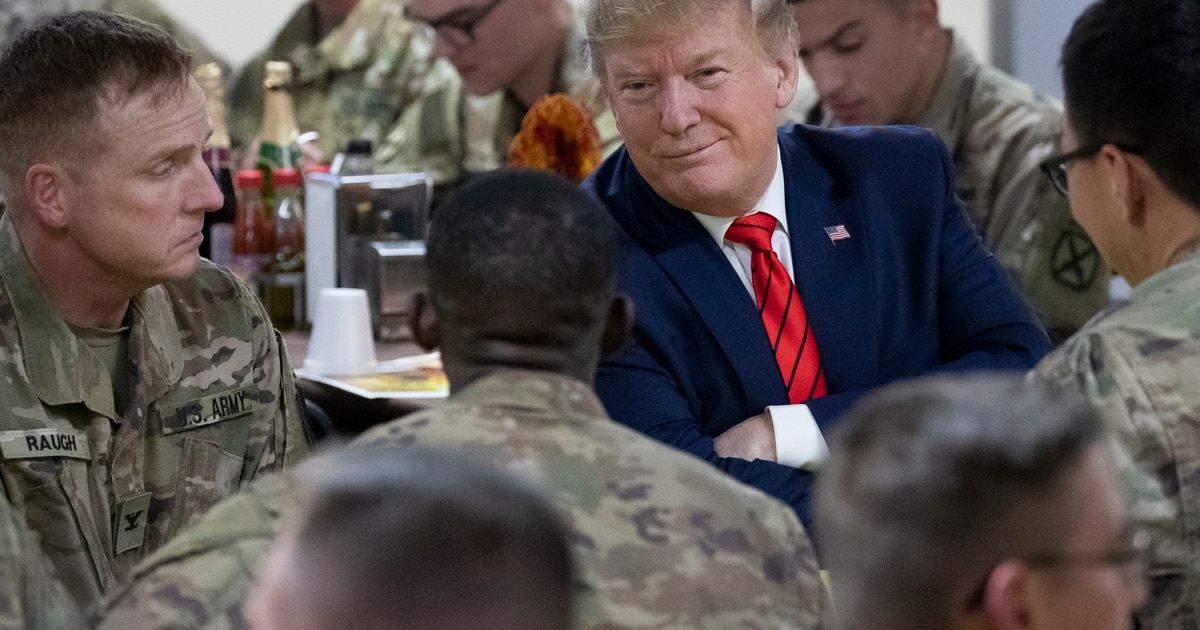 “I’m not unhappy when President Trump makes political mistakes, but I want this bill in law,” Smith, D-Wash., told Defense News in an interview Wednesday. “So, I hope the president realizes that this would be a mistake both substantively and politically. But I am the last person on Earth who could control that decision.”

The comments came as Congress moved forward on the must-pass authorization bill, apparently defying Trump’s threats to veto it over its inclusion of language requiring several bases named after Confederate leaders be renamed and for its exclusion of a repeal of the legal immunity for online companies. Democrats, and some Republicans, said publicly Wednesday it would be wrong for Trump to veto the popular bill.

The House and Senate versions (which were reconciled Wednesday after months of negotiations) initially passed by veto-proof majorities, and Smith predicted that Republicans would vote to override in the event of a veto. Beyond the bill’s role in setting military personnel and acquisition policy, and securing a pay raise for troops, Smith touted its inclusion of new benefits for veterans exposed to Agent Orange.

“[Military construction] projects, pay and bonuses, making sure troops can continue to train as they’re supposed to―I think all of that is important, and Republicans are not going to want to vote against the defense bill,” Smith said, adding that Senate Republican leaders have endorsed it.

“If the president is foolish enough to veto it, I think they’ve staked out their ground very clearly,” Smith said of congressional Republicans. “They’re not going to vote for [earlier versions] going out [of the House and Senate] and then change because it’s an override.”

With the veto threat unresolved, however, Smith said he wanted to avoid the fate of wide receiver DK Metcalf, who blew a touchdown in the Seattle Seahawks matchup with the Dallas Cowboys on Sept. 27, when he celebrated just before the goal and fumbled the ball.

“I believe in the phrase, ‘Finish the play.’” It’s a good step,” Smith said of a compromise conference report unveiled Wednesday, “but before it’s actually in law, I will not be celebrating.”

Trump tweeted late Tuesday that he would veto the bill unless it included Section 230 in a continuation in his running battle with social media firms over their alleged anti-conservative biases. That put Republicans in a tight spot as they aim to hold onto the support of the president and their base ahead of runoff elections In Georgia.

Smith echoed criticisms that, despite desires from the left and right to address Section 230, the issue’s complex nature requires Congress to arrive at a more deliberate fix than the White House’s 11th-hour proposal.

“He’s been president for four years, and has never done anything [legislatively] on the issue … until literally three weeks ago, when [White House Chief of Staff] Mark Meadows called me up and said he wanted to stick it on the defense bill,” Smith said, adding: “I think this is an issue we need to look at. This is not the place to look at it.”

In a floor speech Wednesday night, Senate Armed Services Committee Chairman James Inhofe, R-Okla., was more conciliatory toward Trump but similarly resolute the issue had no place in the 2021 National Defense Authorization Act. Without mentioning Trump’s veto threat, he argued that including Section 230 repeal would endanger the bill, which is “about making sure our troops are cared for.”

Inhofe pledged “to do everything possible” to repeal Section 230 of the 1996 Communications Decency Act, but “through other means.”

“President Trump is right, totally. Repeal is the only answer and we’re going to make sure we get this thing done. Not on the defense authorization bill, but any of the other vehicles that came along,” Inhofe said of Section 230.

In a possible sign that Trump may be backing off his veto threat, Senate Majority Leader Mitch McConnell, R-Ky., is expected to bring the compromise NDAA to a floor vote, as is House Speaker Nancy Pelosi, D-Calif.

Lawmakers were signing the compromise conference report on Wednesday, but the timing of votes in the House and Senate hadn’t been set by congressional leaders. Inhofe told reporters he believed the Senate would take up the bill early next week, while Smith said separately he thought the House would vote before the Senate.

“The president is serious about it,” she said at White House news conference Wednesday. “He is going to put pressure on Congress to step up on this.”

Analysis: The UAE and Israel’s whirlwind honeymoon has gone beyond normalization