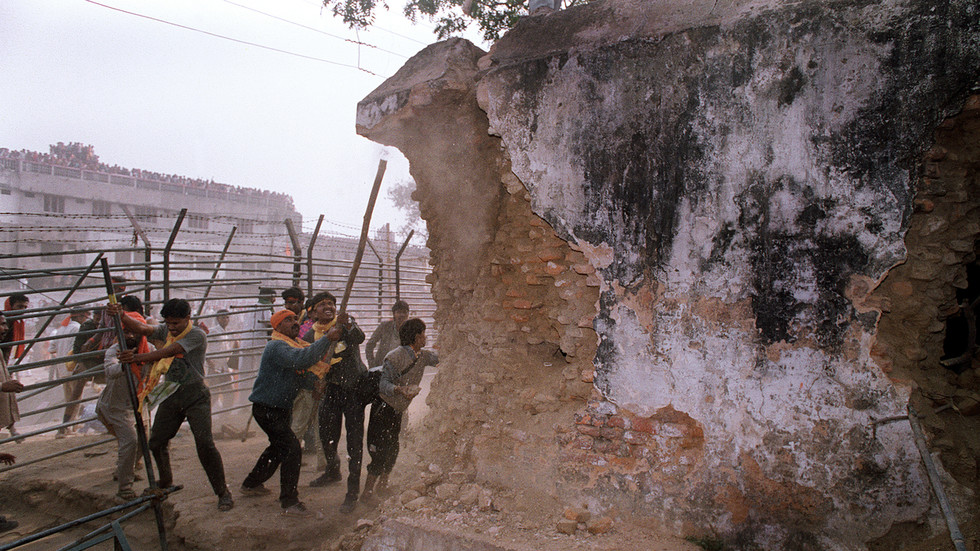 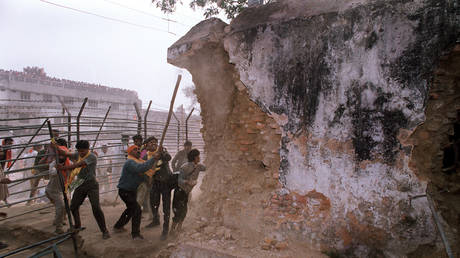 A group of high-profile Indian politicians have been acquitted on charges of inciting violence that led to the demolition of a famous Muslim shrine in Ayodhya 28 years ago, followed by deadly sectarian riots.

The case revolved around the dramatic demolition of the 16th-century Babri Masjid mosque in Ayodhya in India’s northern Uttar Pradesh state in 1992. Hindu activists destroyed the building, believing that it was built on the ruins of a Ram temple. The incident sparked communal riots, which left 3,000 dead. But the trial began nearly 18 years after the incident and then proceeded at a snail’s pace.

A special Central Bureau of Investigation (CBI) court in Lucknow on Wednesday acquitted all 32 defendants, ruling there was not enough evidence to prove that the demolition was a planned event.

In its ruling, the court rejected allegations that the defendants made incendiary speeches, inciting a Hindu mob that gathered outside the mosque. Yadav said that audio tapes of speeches by the defendants submitted by the CBI were “not clear.”

The defendants were veteran politicians, including Lal Krishna Advani, the former head of the ruling BJP party and prime minister between 2002 and 2004, longtime BJP lawmaker Murli Manohar Joshi, and Kalyan Singh, a chief minister of Uttar Pradesh at the time. They denied the allegations against them, and some argued that they were not even present at the location.

The verdict immediately drew mixed reactions. BJP spokesperson Nalin Kohli welcomed the outcome, saying that it had “validated” the long stance of the party and its senior leaders.


Commenting on the ruling, Advani said it “vindicates my personal and BJP’s belief and commitment toward the Ram Janmabhoomi movement,” referring to a 30-year-old campaign for the reconstruction of Hindu temples at Ayodhya.

The chief opposition party, the Indian National Congress, on the other hand, blasted the ruling. The party’s spokesperson Randeep Singh Surjewala said that in 1992 “the then-BJP government of Uttar Pradesh was a co-conspirator in the designed attack on India’s constitutional ethos.” Communist Party of India (Marxist) chief Sitaram Yechury called the ruling “a complete travesty of justice.”

The destruction of Babri Masjid had led to a decades-old bitter dispute as to whether a Hindu shrine or a new mosque should be built in Ayodhya. Last year, the Supreme Court sided with the Hindus, paving a way for a temple dedicated to the Hindu deity Lord Ram to be erected on the contested land.

The court cited historical records showing that Hindus were making pilgrimages and praying at the site before Babri Masjid was erected. The court also directed the government to give Muslims an alternative portion of land for their shrine.