India, US sign intel-sharing agreement amid tension with neighboring China 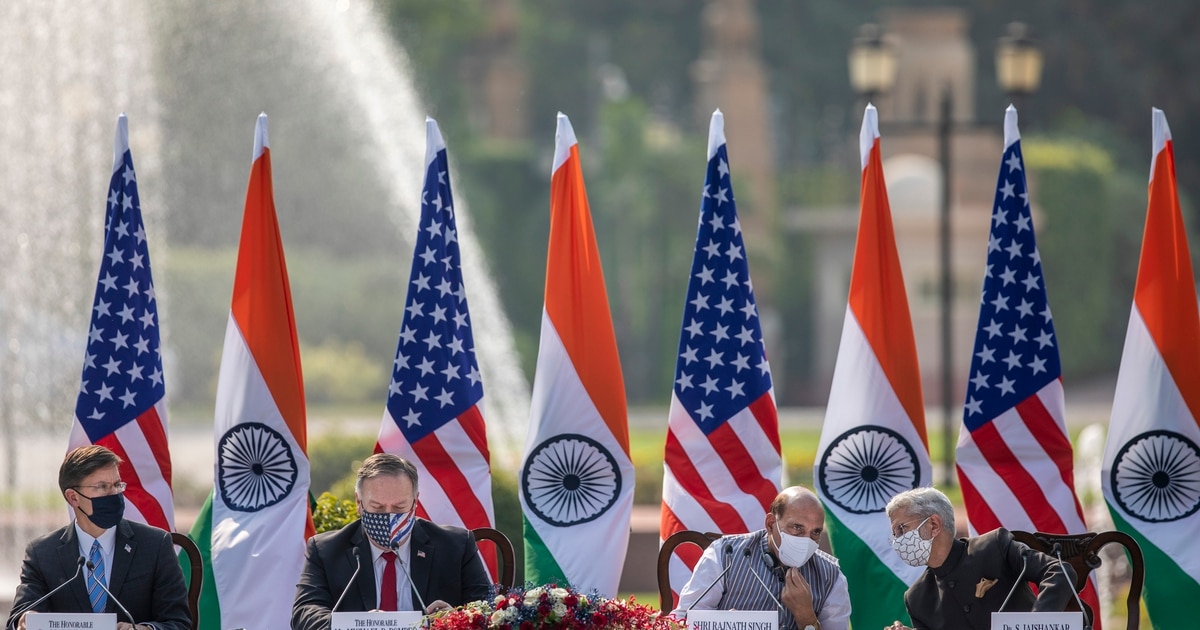 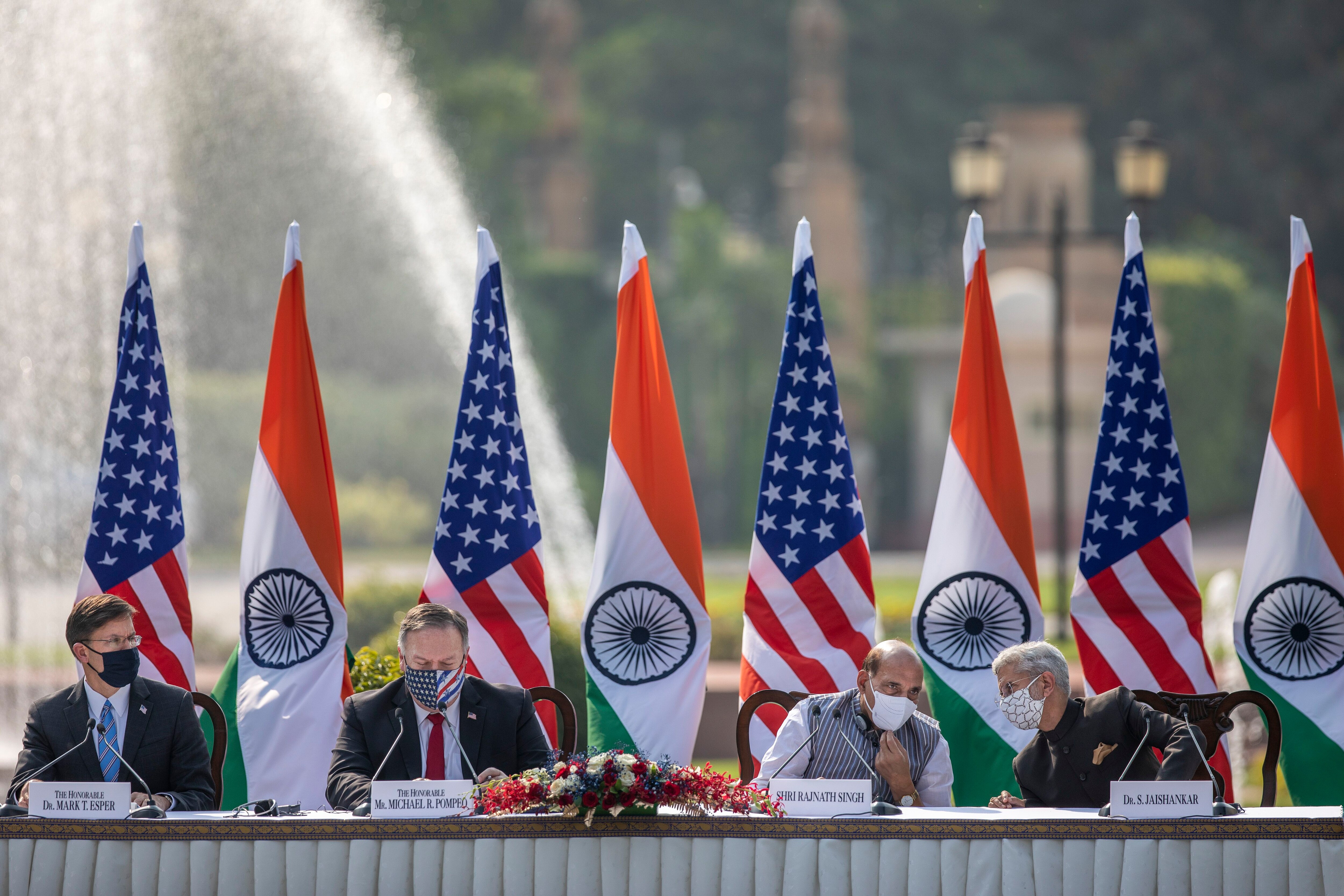 NEW DELHI — India and the United States on Tuesday signed a basic exchange and cooperation agreement for geospatial cooperation, a major defense pact for the exchange of classified geospatial intelligence between their armed forces.

The agreement was signed between the U.S. National Geospatial-Intelligence Agency, which is part of the Defense Department, and the Indian Ministry of Defence during the third 2+2 dialogue between the defense and foreign ministers of the two counties.

India and the U.S. negotiated the terms of the agreement for more than a decade, according to an MoD official.

“BECA will permit the U.S. armed forces to provide advanced navigational aids and avionics and share geospatial intelligence to India that will help boost the accuracy of the Indian military’s automated hardware systems and weapons such as drones, cruise missiles and ballistic missiles,” the official explained.

The third round of the bilateral 2+2 meeting was held in India on Oct. 27 against the backdrop of a tense border standoff with China in eastern Ladakh.

In a joint statement the ministers — Indian Defence Minister Rajnath Singh and Minister of External Affairs Subramanyam Jaishankar, with U.S. Secretary of State Mike Pompeo and Defense Secretary Mark Esper — described the pact as a significant step in bilateral relations. The Defense Technology and Trade Initiative, meant to bolster the joint production of weapon systems, was also discussed, and a bilateral summit is planned later this year to strengthen defense industrial cooperation, the joint statement noted.

“We have identified priority near-term projects for joint development between respective agencies, which need to be fast-tracked under the DTTI and resolved to work together in defense [research and development] more efficiently,” Singh said.

The two countries will also hold the inaugural Industrial Security Annex summit later this year to further strengthen defense industrial cooperation, the joint statement read. The annex, signed in December 2019, enables greater industry-to-industry collaboration for co-production and co-development in the defense sector. The deal is part of the General Security of Military Information Agreement signed between the two countries in 2002, and ultimately allows American companies bidding for big-ticket Indian defense deals to partner with private Indian firms.