In US-Russia aerial encounters, ‘the greatest risk is miscalculation’ 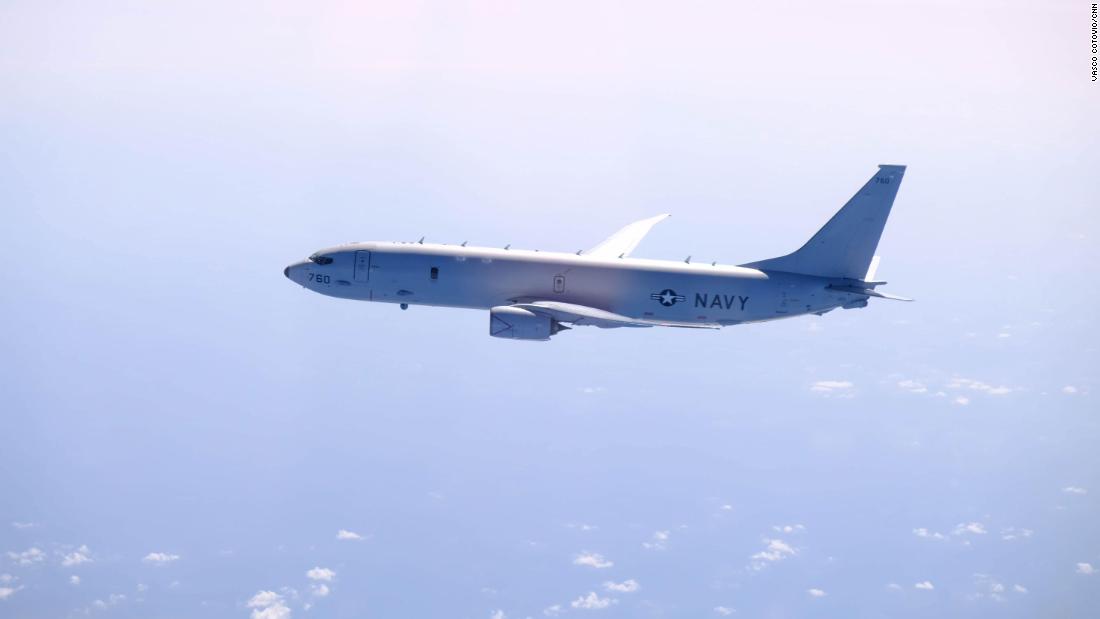 28
Share
He points. There, off the left wing, a twin-engine, blue-and-white fighter jet is briefly visible before diving out of view. The Russian Air Force has just buzzed the plane, a warning that the US military should tread carefully here on the edge of the Crimea.

It’s a heavily militarized area, and even though US military reconnaissance missions like this are a regular occurrence in international airspace over the Black Sea, tensions between Russia and the US, as well as its allies in the region, have been flaring up.

This encounter has been safe. Most are, even though 90% of US reconnaissance flights over the Black Sea like this one out of Naval Air Station Sigonella in Sicily, are intercepted by Russian jets, according to the US military. But the US Navy crew can’t get complacent.

“The greatest risk is miscalculation. The Russians do intercept these aircraft frequently,” says Capt. Tim Thompson, commodore of the US Navy’s Task Force 67. “They tend to be very professional and safe, but, on occasion, they can be unprofessional.”

This flight is one of several every week as the US military puts on a show of force for Russia and gives visible reassurance to NATO allies in the region that it is committed to their protection.

In the cockpit of the US Navy P-8A Poseidon, its pilot, Lt. Daniel Loudon, explains why these aerial encounters can get the adrenalin pumping.

“We don’t really know what any other aircraft is doing. They could be an unpredictable pilot, maybe a new pilot or something like that so… that can always be a challenge,” Loudon says.

The Russian fighters are fast and nimble, able to change direction or altitude in an instant.

The P-8A is based on the Boeing 737 jetliner, one of the most popular aircraft models on the planet. Loudon says the P-8 is a responsive, fun aircraft to fly.

That’s exactly what the crew of a US Air Force B-52 bomber faced on August 28, when two Russian Su-27s crossed the nose of the massive American bomber over the Black Sea. Video recorded by the US military shows one of the jets flying in very close proximity and the turbulence it caused inside the bomber.

Three months earlier, on May 26, two Russian Su-35 fighters flew simultaneously on each side of a US Navy P-8A aircraft, restricting its ability to move, for 64 minutes. The Russian Ministry of Defense has denied US accusations on multiple occasions.

Russia’s allegedly aggressive behavior adds risk to a complicated geopolitical environment over the Black Sea, an important shipping lane for several NATO allies such as Bulgaria, Romania and Turkey. It is also vital for Ukraine and Georgia, two NATO partners whose disputes with Moscow are far from being resolved.

Russia invaded Georgia in 2008 and remains closely behind the separatist forces in the breakaway regions of Abkhazia and South Ossetia. In 2014 it occupied and then annexed the Ukrainian region of Crimea.
Rear Adm. Anthony Carullo, director of operations for US Naval Forces in Europe says these missions are becoming more important as Russia increases its activity not just in the Black Sea, but also in the Mediterranean, the Baltic, the Barents and the Arctic seas.
Over the past few years, as the relationship between Russia and the West deteriorated, Moscow has increased the number of military exercises, overflights and patrols it conducts these areas around Europe, probing the continent’s defenses, Carullo says.

Russia has frequently denied these accusations, saying it is only responding to NATO provocations.

“We’re here constantly keeping an eye on them and seeing what activities they are up to,” Carullo says, adding that it sends a message. “It’s a message to all potential adversaries and a message to our partners and allies that we’re here to support them.”

What the CNN crew saw during this flight appears to underscore the admiral’s point. The P-8A’s cameras caught a dozen Russian warships, including a Kilo-class submarine, and seven military jets.

There were also US B-52 bombers flying in the immediate vicinity and three NATO warships sailing below.

Inside the P-8A, all that activity is monitored by some of the most advanced surveillance technology on the planet, including a state-of-the-art radar and infrared cameras, which are operated from five workstations on the port side of the plane.

“We look for a variety of things” says Lt. Hollis Kennedy, the mission commander. “The Russian combatants wouldn’t be reporting in the civilian AIS (Automatic Identification System) system, and as you saw we were able to pick them out and then get much closer, get eyes on them, identify them and send that information off.”

Thumbs Up From Out of This World