I really really want to buy an M1 MacBook Pro. Here’s why I’m not yet 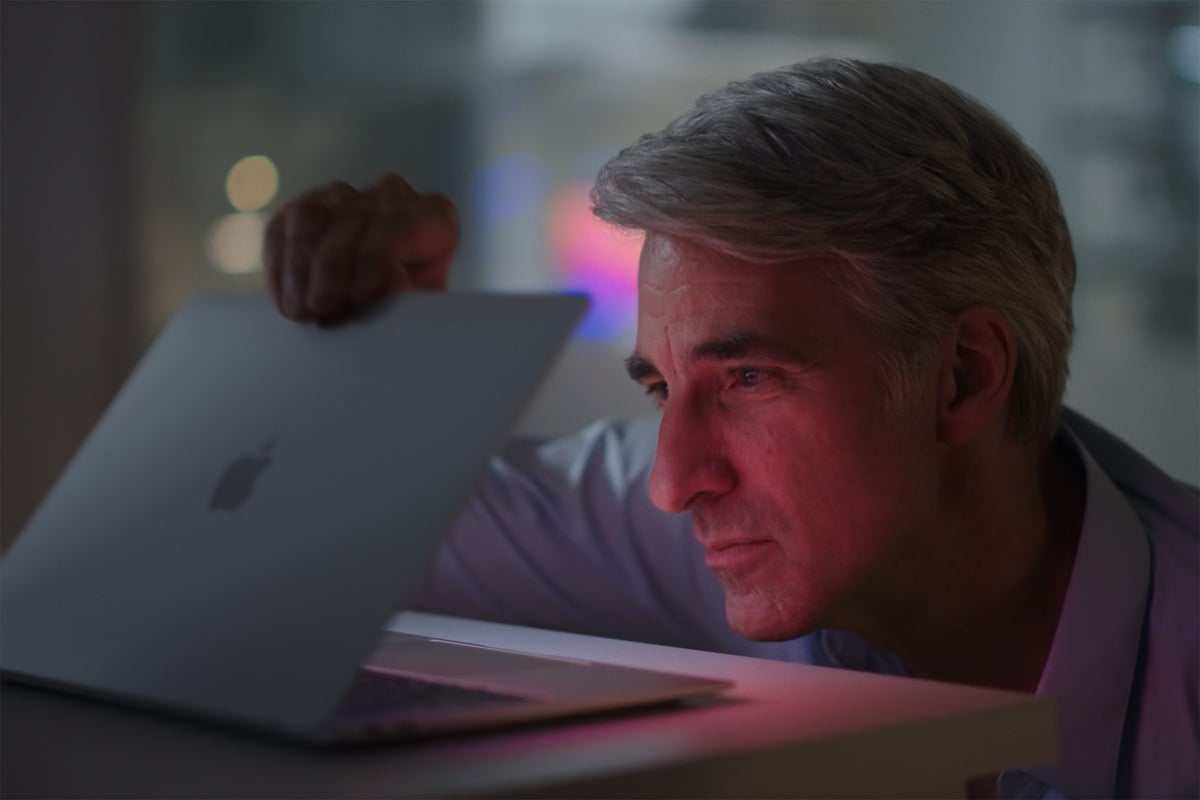 When Apple’s One more thing event kicked off on Tuesday, my Apple Card was ready. I’ve made no secret of my intention to hold off on buying a new Mac until Apple started using its own silicon inside, and the day finally arrived. The Apple Store was down, the event clock was ticking down, and I was ready to buy my first new MacBook in nearly a decade.

Except I’m not. At least not yet, anyway. While there’s a lot to like about the speed and battery life claims in the new M1 chip in the MacBook Air and MacBook Pro, there are just as many reasons to hold off on the purchase, especially if you’re coming from an older high-end machine. It’s not so much that I’m disappointed with the first M1 Macs as much as my curiosity is piqued.

In a nutshell: I want what’s coming next.

My issue isn’t with the design, which is a carbon copy of the Intel models. Sure, an edge-to-edge screen would be nice, as would a smaller footprint, Face ID, light-up Apple logo, and MagSafe integration, but the current design is plenty nice.

While there’s no doubt that these machines are crazy fast for their prices—though there’s some doubt that they’re faster than the 98 percent of PCs as Apple claims—there’s also reason to believe that Apple is only scratching the surface with what it will deliver.

Take the ports. On the previous MacBook Pro lineup, Apple offered a $1,799 step-up option that delivered four USB-C type Thunderbolt 3 ports rather than two on the base model. That’s the configuration of my work machine and I use every one of the ports on a daily basis, as do a lot of users. But like the MacBook Air, the new M1 MacBook Pro and Mac mini only have two Thunderbolt 3/USB-C ports.

That’s likely because the M1 chip only has a single Thunderbolt 3 controller—which also explains why both ports are on the same side—but it also means you can’t buy an M1 Mac without being seriously hampered when it comes to USB ports. Assuming you’re using one for charging, you’re probably going to need a hub, which is an inelegant solution.

Future MacBook Pro models, even smaller ones, aren’t likely to have this restriction. Apple clearly understands that pro users need more than two Thunderbolt ports, which is why the 4-port Intel models are still on sale, for the same prices as before. Apple wouldn’t have kept those aging Intel machines around if it didn’t recognize the need for more ports was there, and I expect next year will bring M1 models with twice as many ports.

Ports aren’t the only thing that’s lacking with the new Macs. They’re also capped at 16GB of RAM, the same limitation that the previous low-end models they replace had. Granted, 16 gigs isn’t a small amount, but it’s less than what power users want.

Here again, Apple understands the demand for more RAM and offers a 32GB upgrade for $400 in the higher-end Intel models. That’s not a terrible price, but you’re also being forced to choose between speed and memory. Early Geekbench benchmarks give the M1 a single-core score of 1630 and a multi-core score of 7220 compared to 1260 and 4480, respectively, on the still-shipping 2.0GHz Core i5 MacBook Pro. Even if those numbers are off by a magnitude of 10, the M1 is still significantly faster, with or without the extra RAM.

But even if you don’t need more than 16GB of RAM, it’s still wise to wait. While we don’t quite know how fast the M1 chip in the MacBook Air is compared to the one in the MacBook Pro, but we can assume it has a higher clock speed and sustained performance, if for no other reason than the Pro has a fan for cooling while the Air doesn’t.

As Apple describes it, the fan in the Pro is needed to “sustain blazing-fast performance,” while the Air uses an aluminum heat spreader to dissipate heat and deliver “amazing performance without a fan.” While both machines will deliver tremendous speed boosts over the predecessors, it’s pretty clear that the M1 in the Pro runs hotter and, by extension, faster.

And these chips are likely only a small part of what Apple will deliver with its M chips. Based on the speed tests for the latest Intel Macbook Pros, there’s a wide gap between the entry-level and the step-up models. Using the industry-standard Cinebench R20 benchmark, the 1.4GHz Core i5 scored 397 (single-core) and 1616 (multi-core), while the 2.0GHz model posted 436 and 1929, respectively. That’s a decent speed boost, and along with the lack of ports and RAM, it’s clear that an M2 or M1Z chip is on the horizon.

And that’s the model I’m waiting for. Rumors have claimed that there are 14-inch and 16-inch Macbook Pros in the works, and I fully expect them to deliver the specs I’m looking for, along with the massive speed boosts Apple has already delivered. And who knows, maybe we’ll even get a decent FaceTime camera by then too.

shopDisney Magical Savings Event: Up to 40% off + free shipping w/ $75

Sources: Trump says he wants to start an online streaming media channel, which would be cheaper than cable, to undermine Fox News (Mike Allen/Axios)

Amazon announces general availability of Lookout for Vision, a cloud service that…

ViacomCBS says Paramount+ will cost $5/month with ads and $10/month without ads; the…