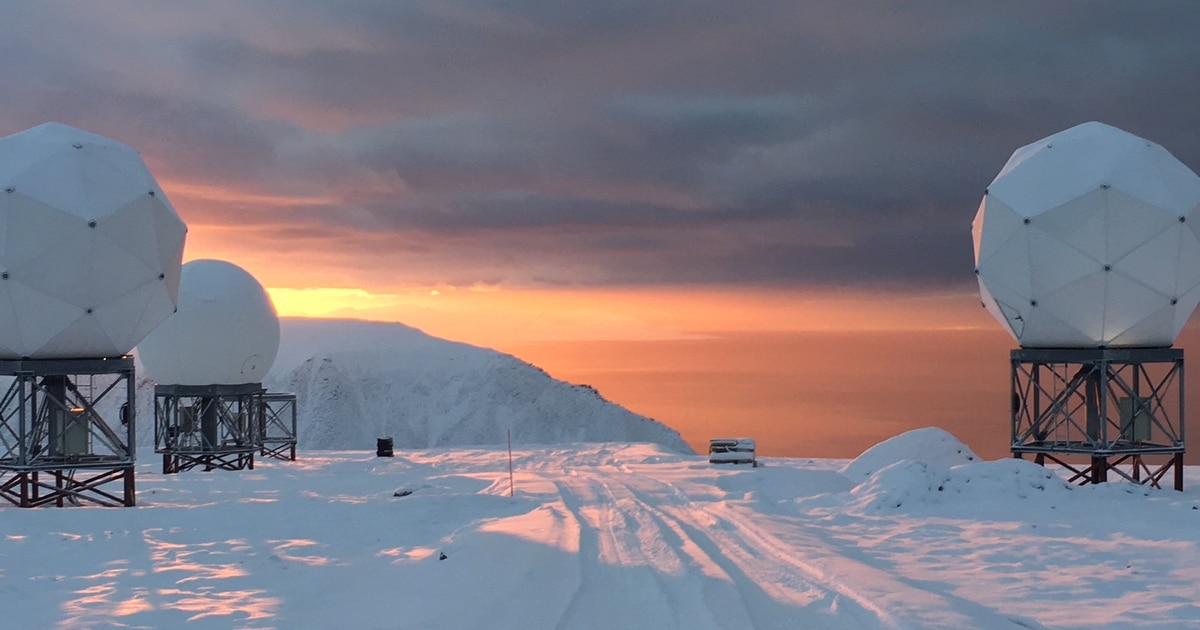 WASHINGTON — The U.S. Air Force is teaming up with Hughes Network Systems and OneWeb to test how the latter’s new commercial broadband satellites could fill the military’s Arctic communications gap, the two companies announced May 5.

The businesses will work with the Air Force Research Lab to connect Arctic military bases to each other and the joint force via OneWeb’s growing low-Earth orbit satellite constellation. Hughes will serve as the prime contractor, leading adaptation, integration, testing and management for the demonstration. Intellian will provide user terminals that can connect to the OneWeb network.

“This opportunity reinforces the relationship between Hughes and the U.S. Air Force to ensure resilient, flexible SATCOM networks for tactical, multi-domain operations,” said Rick Lober, vice president and general manager of the Defense and Intelligence Systems Division at Hughes. “We look forward to partnering with OneWeb to bring LEO innovation into the military SATCOM enterprise, especially in the strategic Arctic region where connectivity has been limited — until now.”

Hughes declined to reveal the value of the contract.

Like SpaceX’s Starlink, OneWeb was initially touted as a commercial broadband alternative, providing internet access with a proliferated constellation of hundreds of satellites in low-Earth orbit. While both are continuing to build out their constellations, they’ve found a new customer: the Pentagon. The Department of Defense wants to use the new low-latency networks to connect its distributed sensors to its shooters, and has conducted a number of experiments to see if that’s feasible. In December 2019, the Air Force was able to pass data from an AC-130 gunship using Starlink, and the U.S. Army used commercial LEO constellations to pass targeting data developed from satellite imagery to a demonstration battlefield at Yuma Proving Ground, Arizona, during its Project Convergence 2020 exercise.

“Very simple things become hard when you’re in the Arctic, not the least of which is communication. When you are above about 65 degrees north, satellite communication starts to diminish, and above about 70 degrees north it becomes extremely limited except for some of our more exquisite capability — submarines, for example,” U.S. Northern Command spokesman Maj. Mark Lazane told C4ISRNET last year.

In 2020, USNORTHCOM asked Congress for $130 million to explore using OneWeb’s and SpaceX’s new constellations for Arctic communications, listing that endeavor as the command’s No. 1 unfunded priority.

Now through AFRL, the military will begin experimenting with OneWeb’s constellation in the Arctic. The company said it has launched 182 satellites to date, with plans to continue growing the constellation and deliver coverage to the Arctic region by the end of 2021.

“The OneWeb constellation has been designed to enable low-latency broadband access across the globe, allowing connectivity in previously unreached areas — a capability that is ideal for tactical, multi-domain operations in the Polar region and beyond,” said Dylan Browne, head of government services with OneWeb. “Working together with Hughes, we will bridge the gap in connectivity for NORTHCOM with an interoperable and secure solution.”