How Ronald Reagan’s Coded Racism Paved the Way for Trump 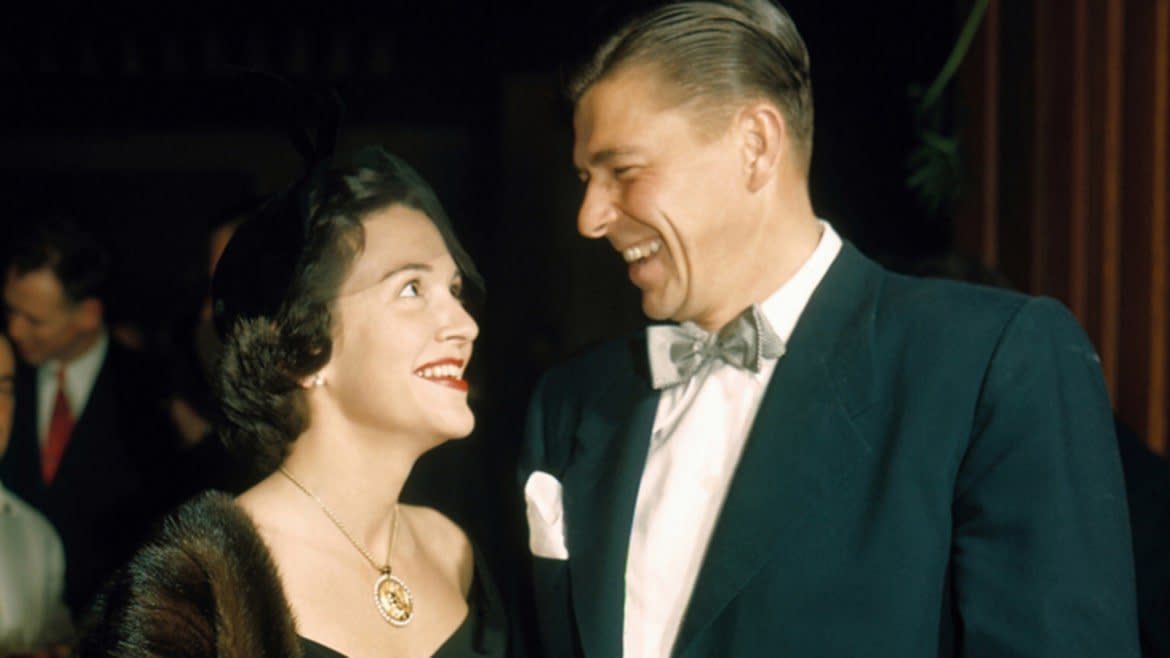 A former entertainment personality decides, in his later years, to go into politics. To curry favor with the Republican Party whose nomination he seeks, he cozies up to red-state extremists and evangelicals via a healthy dose of racist dog whistles. He couples that with decrying communists, liberalism, and anyone out in the streets protesting for social justice. To top it off, he then aligns himself with corporate America, running on a pro-free market, anti-regulation, tax-cutting ticket that aims to benefit the 1-percenters who make up the most powerful portion of his base—and help keep him and his family living in the lap of luxury.

Sound familiar? Of course it does, although in this instance, I’m not talking about our outgoing president, Donald Trump, but our 40th commander-in-chief, Ronald Reagan.

Such similarities are hard to miss in The Reagans, Matt Tyrnauer’s four-part Showtime docuseries (premiering Sunday, Nov. 15) about the beloved (by some) Republican president and his wife Nancy. A skillful assemblage of archival footage and talking-head interviews with former colleagues, journalists, and scholars, it casts a critical gaze at the Gipper, investigating his rise to power—and subsequent ability to charm the mainstream even through tumultuous times—from a sober remove, free from the magnetic spell he cast over the public during his tenure as California’s governor (1967-1975) and in the Oval Office (1981-1989). While it sometimes undercuts itself by leaning too heavily on certain voices, it’s a valuable examination of a leader whose legacy is more complicated than it often appears, and whose political career established the foundations upon which the present Republican Party is built.

A Connecticut Mom Was Slaughtered. Everyone Was a Suspect.

Central to Tyrnauer’s portrait are the concepts of storytelling and myth-making. After growing up during the Great Depression, which his parents survived thanks in large part to FDR’s New Deal, Reagan parlayed his good looks and charisma into cinema stardom—or, at least, into numerous B-movie parts and roles that took advantage of his handsome stoutness. Thanks to bad eyesight, he wasn’t able to enlist in WWII, but from the beginning—and, to some extent, with the help of gossip columnist Louella Parsons—he was able to fashion a persona predicated on all-American wholesomeness by appearing in wartime propaganda movies, Westerns, and Knute Rockne, All American, which allowed him to figuratively fulfill his gridiron dreams. He was a self-made man who willed himself into being a celebrity. As his son Ronald Reagan Jr. opines, “We’re all the heroes of our own stories. He was just a little better at it than most people, I think.”

Reagan sought, at every turn, to blur the boundary between the myth of himself and that of the nation, until the two were wholly intertwined and indistinguishable from one another. That’s true about his run for California governorship, in which he presented himself as a Mr. Smith Goes to Washington-esque good-guy outsider, just as it’s true about Nancy’s careful construction of their image as clean-cut, moral conservatives cast in a 1950s mold, with all the traditional gender dynamics (and racial intolerance) that came with it. More of a performer than a policy wonk (at series’ end, he admits, “There have been times in this office when I’ve wondered how you could do the job if you hadn’t been an actor”), Reagan comes across as a figure who both embodied and perpetuated myths as a means of getting ahead, whether that was with regard to civil rights (and his routine spiel about Jackie Robinson) or his famous contention that “Government is the problem.”

The Reagans skews more heavily toward the president than his power-behind-the-throne wife, who’s depicted as cunning, doting, and devoid of any ideology of her own. The Ron and Nancy revealed here are shrewd, old-fashioned, in love with (and beholden to) the rich, and willing to do and say whatever was necessary to achieve their ends. Time and again, they created their own reality as a way of asserting control and masking the truth, and they were so successful in that endeavor that even when their objectionable conduct came to light—notably, with the Iran-Contra scandal—Reagan managed to escape catastrophe with his popularity, and legacy, intact. As underscored by this history lesson, Reagan continues to be defined less by any specific position or decision (or triumph, such as overseeing the end of the Cold War) than by the alternately tough yet fatherly aura he exuded, and the sunshiny image he presented of a flourishing America on the cusp of being great again.

The Reagans censures Reagan for his pandering to racists through “Southern Strategy” coded language about “states’ rights,” demonizing Black women as “welfare queens,” for his refusal to confront the AIDS crisis in a timely and compassionate fashion, and for his and Nancy’s reliance on quack astrologer Joan Quigley for advice on virtually every important aspect of their lives. Seeking to examine the man rather than the legend, it condemns by crediting him with transforming the Republican Party into its current iteration: pro-business, pro-status quo, pro-intolerance, and pro-right-wing religiosity. Those attacks are launched with precision, although if there’s a shortcoming to Tyrnauer’s docuseries, it’s that the most pro-Reagan speakers featured—Chief of Staff James Baker, Chief Political Strategist Stu Spencer, Grover Norquist—are rarely heard from during those extended passages that take Reagan to task. It’s as if Tyrnauer doesn’t want to complicate his portrait by hearing what acolytes think about such topics.

This isn’t a plea for both-sides-ism. Rather, it’s to say that critical arguments are often strengthened by the idiocy, ugliness, or emptiness of those in the other camp, and The Reagans feels less assured of itself by frequently refusing to let Reagan cohorts and admirers comment on his unseemly actions (when this does happen, such as Baker exclaiming “They broke the law” about Iran-Contra, it bolsters the series’ denunciation). Nonetheless, Tyrnauer’s thorough non-fiction effort serves as an insightful corrective to the one-dimensional Reagan hero-worship in which so many conservatives partake. It attempts to understand yesterday from the more temperate perspective of today, and in doing so, exposes startling and disheartening parallels—be it Reagan’s courting of deplorables, Dr. Anthony Fauci’s critique of an administration that callously ignored a health crisis to the tune of thousands of lives, or the sight of Walter Cronkite and his CBS news pals foolishly laughing at the idea of a future Joe Biden presidency.

‘We expect this to get harder.’ For the NFL, it’s Super Bowl or bust as the pandemic rages

The Army is making tank upgrades as simple as switching…