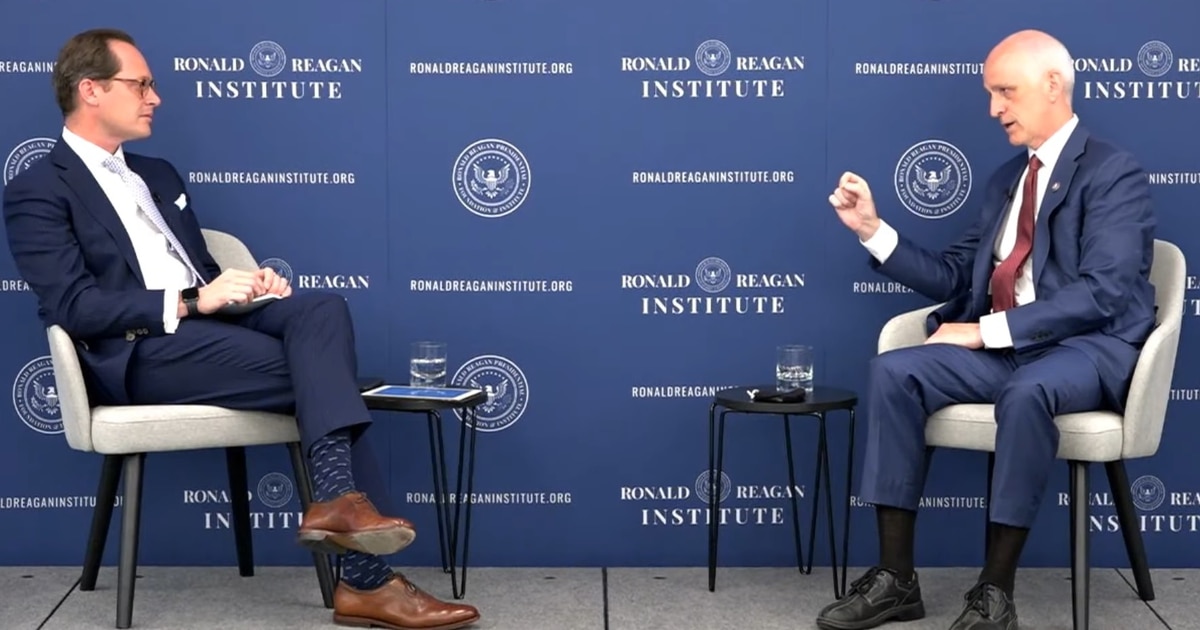 WASHINGTON ― The Democratic chairman of the House Armed Services Committee blasted the White House on Tuesday for “dragging their feet” on the federal budget, urging its release by May 10 to avoid a continuing resolution.

“I am deeply concerned about the Biden administration dragging their feet on getting us the damn budget,” Rep. Adam Smith of Washington said at a Ronald Reagan Institute event, noting that the White House is prioritizing pandemic relief and infrastructure spending.

“I am really worried if we get into mid- to late May and we don’t have the specific budget numbers, then you’re guaranteed a continuing resolution; we don’t have time to do our job,” Smith warned. “Shout it from the rafters. I can’t get the White House to take my calls on this one. Just send it to us. We need it in order to pass a budget and move forward.”

The White House did not immediately respond to a request for comment, but a Smith painted a picture of dysfunction there: Officials at the White House budget office want numbers too, but they are stalled by White House Chief of Staff Ron Klein and the Cabinet.

New administrations often roll out their budget requests late in their first year, but this year’s planning has been particularly difficult for Biden administration officials, they say, because the Trump administration blocked the incoming administration from accessing budget documents until just before the inauguration.

Continuing resolutions have become the norm, but they’re unpopular with the Pentagon and defense industry because they ban new-start defense programs, hinder planning and increase costs. Speaking at the same event, the National Defense Industrial Association’s chief executive, Hawk Carslile, called for a two-year budget deal before midterm politics heat up and make it harder.

Compounding the uncertainty, the statutory budget caps that have shaped Washington’s debates for years are newly expired, meaning “this is the wild, Wild West, fiscally speaking,” the American Enterprise Institute’s Mackenzie Eaglen said at the Reagan event.

Otherwise, Smith used his broader remarks to say the country needs to stay globally engaged but rewrite the last administration’s defense strategy, which he called “too big, too ambitious and too unrealistic.” The goal shouldn’t be to dominate China militarily but deter it from seizing Taiwan or regional shipping lanes, he said.

“I believe if we build alliances and have enough of a credible threat to bloody their nose, as it were, past the point that they want to do it, that’s acceptable” Smith said.

Smith also pushed back on Republican arguments for an inflation-adjusted 3-5 percent increase, which GOP lawmakers say is needed to confront China. Washington needs to focus less on the top line and more on quicker, smarter investments to maintain America’s technological edge, he said.

Smith again criticized the Lockheed Martin F-35 fighter jet’s maintenance and flying costs, holding it up as proof defense acquisitions need more competition and creative thinking. He voiced support for investments in artificial intelligence, command and control, cybersecurity, and next-generation 5G networks ― and for the administration’s goal to cut some legacy systems.

“You can have all the weapon systems in the world, we can build all the airplanes and all the ships,” Smith said. “If our adversaries have the ability to shut all of those platforms down by either taking out a satellite or a cyberattack, then that is really spending a lot of money in a very unwise way.”

A new constellation? Space Force wants to get into tactical satellite imagery…