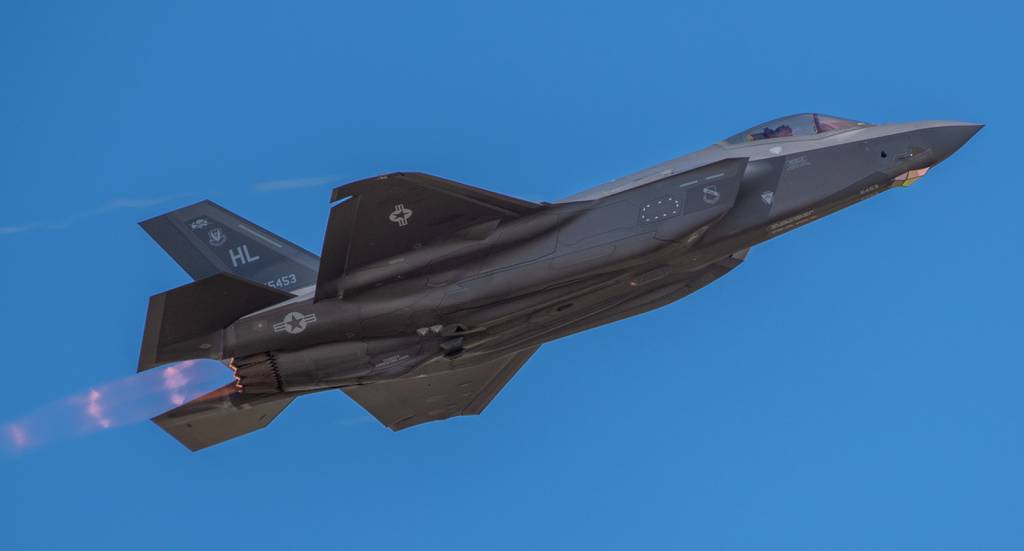 U.S. military officials say their F-35 Joint Strike Fighters are returning to flight after a scare from potentially defective ejection seats across the fleet, but won’t answer whether they’ve found the problem on any planes.

How many military aircraft have nonworking ejection seats is one of multiple questions that remain unanswered nearly three weeks into a widespread effort to ensure the safety of America’s premiere fighter jet, plus several other fleets that may be affected.

At issue is the seat’s part called the cartridge, which contains magnesium powder that ignites to shoot an aviator out of the cockpit when they trigger an escape.

A routine inspection at Hill Air Force Base, Utah, in April turned up an F-35 cartridge that was loose and missing its explosive charge, Air Force Times previously reported. Maintainers checked a limited number of other aircraft to see whether the discovery was an isolated incident and decided the jets could return to flight.

Sometime in the months that followed, ejection seat manufacturer Martin-Baker conducted a quality-assurance check and found that its production line was turning out defective cartridges. It’s unclear when the company realized the problem, or when it alerted its military customers.

On July 19, the Pentagon’s F-35 Joint Program Office ordered workers to inspect all ejection seats within 90 days. That came three months after Hill found the first faulty cartridge, during which pilots could have run into the issue during an in-flight emergency.

Military and company officials note that the defect only affects aircraft with cartridges from certain production batches, but have declined to answer how many cartridges were built as part of those lots or the number of aircraft on which they were installed.

The situation picked up steam as it entered the public eye in the weeks that followed.

The Navy said it began shipping replacement parts to its own maintenance centers with planes affected by the problem on July 24, two days before it went public with the situation in a July 26 press release.

But the sea service didn’t mention the Marine Corps F-35B or the Navy F-35C variants, despite finishing F-35C inspections on July 26, the same day as it issued its press release.

The next day, Breaking Defense first reported that the Navy had grounded an undisclosed number of affected planes for inspections, not including F-35s.

Then, after news reports that the entire Joint Strike Fighter enterprise was under scrutiny, the Navy confirmed it was done checking C-models.

Rather than stretch inspections over a 90-day span, the Navy and Marine Corps checked each plane before their next flight. Possibly defective cartridges on the F-35Cs were replaced, Breaking Defense reported.

Marine Corps spokesperson Maj. Jay Hernandez said in an emailed statement on Friday that the service had inspected all ejection seat cartridges “even earlier in the maintenance cycle than recommended” by Martin-Baker.

“Over 90 percent of the inspections on Marine Corps ejection seat cartridge actuating devices are now complete,” Hernandez said. That figure has stayed the same since at least July 29.

The Navy said no one has died or been injured as a result; the Air Force has stressed its groundings are a precaution to get ahead of any fatalities.

On Monday, Air Combat Command spokesperson Alexi Worley said maintainers were making “good progress” on F-35A inspections but declined to answer how many jets had been checked or returned to flight.

ACC oversees most of the Air Force’s more than 300 F-35s and grounded its fleet July 29 to speed up its seat checks. Each fighter can resume normal flying as it passes inspection.

“The stand-down of aircraft will continue through the weekend, and a determination to safely resume normal operations is expected to be made early next week, pending analysis of the inspection data,” Worley told Air Force Times on July 29.

She did not provide an update by press time Friday.

Air Education and Training Command, the Air Force organization that oversees F-35s used at pilot training squadrons in Arizona and Florida, also ordered the more than 100 Lightning IIs it owns to stand down on July 29 to expedite inspections.

“A portion of the AETC F-35 fleet has been inspected and cleared for flight, with inspections continuing on the remaining aircraft,” the command said Tuesday. “Our ability to execute the highest priority missions supporting national defense are not impacted.”

Other Air Force organizations that fly the F-35A overseas indicated their fleets are conducting missions but would not say whether the cartridge problem was discovered and resolved on any airframes.

All F-35As in Europe have resumed normal operations, U.S. Air Forces in Europe-Air Force Africa said in a Monday email to Defense News. Pacific Air Forces confirmed to Air Force Times Thursday that it has continued to fly its aircraft after wrapping up inspections.

At least one international F-35 partner, Israel, has paused the jet’s operations to search for problems as well. Other nations that are currently part of or plan to join the F-35 program include Australia, Belgium, Canada, the Czech Republic, Denmark, Finland, Germany, Greece, Italy, Japan, the Netherlands, Norway, Poland, South Korea, Singapore, Switzerland and the United Kingdom.

Lockheed Martin plans to build more than 3,000 F-35s for militaries around the globe. More than 800 planes have been delivered so far over the past 15 years, over half of which belong to the U.S. More than 1,700 pilots fly the F-35 from 26 bases and 10 ships globally.

In April, the Government Accountability Office reported it will cost more than $1.7 trillion for the Pentagon to buy, operate and maintain the American jets.

Neither Martin-Baker nor the F-35 Joint Program Office provided an update on how inspections are progressing by press time Friday.

The next day, the service said it would keep nearly 300 airframes across the T-6 and T-38 fleets on the ground while it double-checked their cartridges. That comprised about 40% of the T-38 fleet and 15% of the T-6 fleet, including planes at each undergraduate pilot training base and Naval Air Station Pensacola, Florida.

The remaining airframes continued business as usual, and AETC said more trainers have since returned to the sky.

“Members of the flying training wings continue to produce sorties every day with operational tempo increasing as the affected aircraft progress through the ejection seat inspection process and are cleared for flying,” AETC told Defense News on Tuesday.

However, AETC would not say how many of its grounded trainers had cleared inspections and returned to the sky, nor how many remained to be inspected. Like their counterparts used in combat operations, it’s unclear if any faulty cartridges have been found on the trainers so far.

The issue may also affect European airframes like the Eurofighter Typhoon and Dassault Rafale and aircraft flown by Turkey and South Korea, which use the same seat.

The U.K. Royal Air Force stopped “non-essential” flights for its Red Arrows jets and Typhoon warplanes over safety concerns with its ejection seats, the Daily Mail reported. NATO has not responded to questions on how the ejection seat issue is affecting its aircraft.

But Martin-Baker spokesperson Steve Roberts told Air Force Times on July 29 the company has data that suggests aircraft other than the F-35 may not be hit by the cartridge problem.

“Outside the F-35, not a single anomaly has been discovered worldwide as a result of the forensic investigation, which continues at pace,” he said.

Harassed and abused, Kenya’s female politicians face a battle to get elected