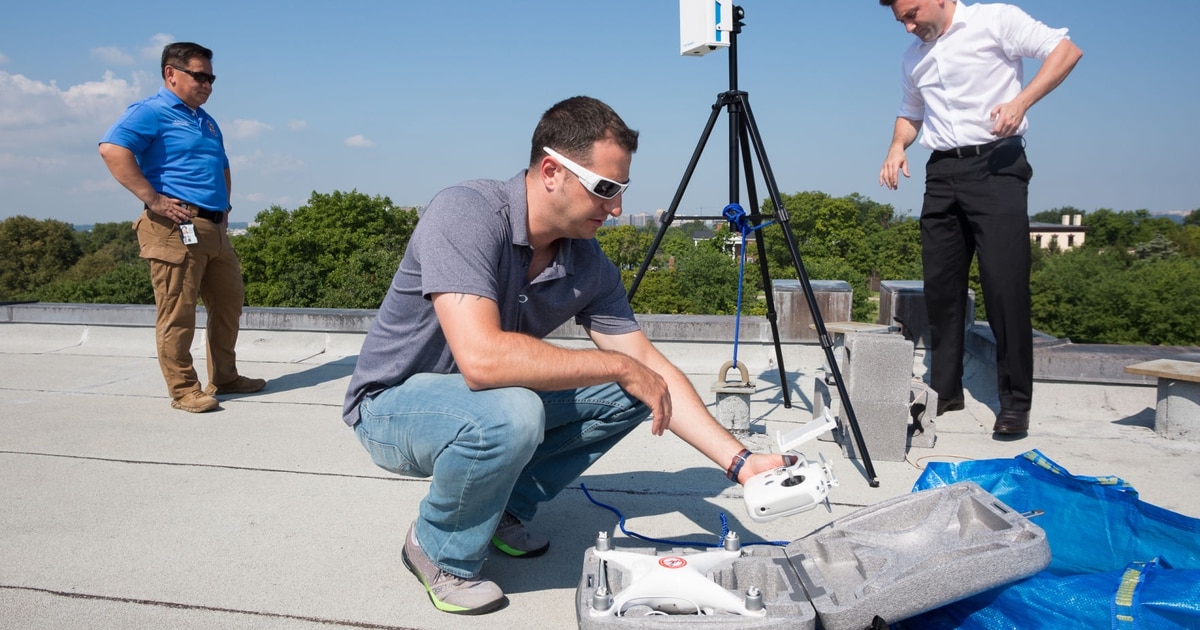 WASHINGTON — Beginning early next year, the Pentagon will host the first opportunity for industry to demonstrate counter-drone technology aimed at small systems, the next step in a plan to test out new capabilities twice a year at common test ranges, according to Army officials in charge of the effort.

Pentagon leaders approved in late September a set of requirements to help counter small drones, laying a path for how industry can develop technology to plug into a single command-and-control system.

The Joint Counter-Small Unmanned Aircraft Systems Office, or JCO, kicked off the pursuit with an industry open house Oct. 30.

The defense secretary delegated the Army in November 2019 to lead the effort to consolidate the wide range of counter-small unmanned aerial system, or C-sUAS, capabilities into a select group of interim systems. Those systems have now been chosen, with the JCO turning its sights toward establishing an enduring collection of capabilities — while acknowledging that there’s no silver bullet and that a layered approach is needed, using both kinetic and non-kinetic means, to defeat small drones.

The JCO has identified three sites for common test ranges to conduct evaluation and testing of promising counter-drone technology, according to Col. Greg Soule, resources director for the Army’s Rapid Capabilities and Critical Technologies Office. The RCCTO is supporting the JCO by helping identify material solutions for C-sUAS, and it is leveraging its work on directed-energy and high-power microwave technologies to roll into a solution.

A decision memo on locations is awaiting approval by Army Vice Chief Gen. Joseph Martin. Soule said those locations will be shared “when the time is right.”

The JCO also set up a working group to look into testing C-sUAS capabilities in an urban environment, according to Soule.

To ensure the JCO is comparing apples to apples when it comes to counter-drone technology, it also stood up a working group with representatives across all the armed services to establish joint test protocols. That protocol is out for signature and should be in hand by Nov. 6.

Additionally, Ellen Lord, the undersecretary of defense for acquisition and sustainment, has asked the JCO to look at the feasibility of establishing a single source for training targets “to help reduce costs, reduce lead times and streamline the waiver process,” Soule said. “All services already have sources for where they go now. So potentially we could find a way to find some synergies and efficiencies.”

Industry is eager to get technology in front of both the JCO and RCCTO. Many defense companies participating in the Association of the U.S. Army’s annual virtual conference last month highlighted counter-drone capability.

Lockheed Martin showcased its MoRFIUS C-sUAS capability that it is working on with the RCCTO. MoRFIUS uses high-power microwave technology in an aerial platform. That capability can be used to extend the range beyond current counter-drone defeat systems to defeat drone swarms. MoRFIUS is a recoverable and reusable technology.

Raytheon, which has a foothold in the C-sUAS market with its Coyote Block II kinetic effector and its Ku-Band Radio Frequency System, emphasized its track record and upgrades to the system.

The industry open house had roughly 500 industry representatives tune in. The JCO will select industry applicants to show off their capabilities at the first demo, which is to take place in the second quarter of fiscal 2021.

At the demonstration, the JCO will provide instrumentation and threat surrogates as well command-and-control elements. Industry participants will need to bring technology to defeat drones, said Adam Martin, who briefed industry on test ranges and protocols at the open house.

There will be technology insertion points in the enduring architecture after each demonstration that address gaps, he added.

Israeli economists on US elections: A stormy, uncertain morning after