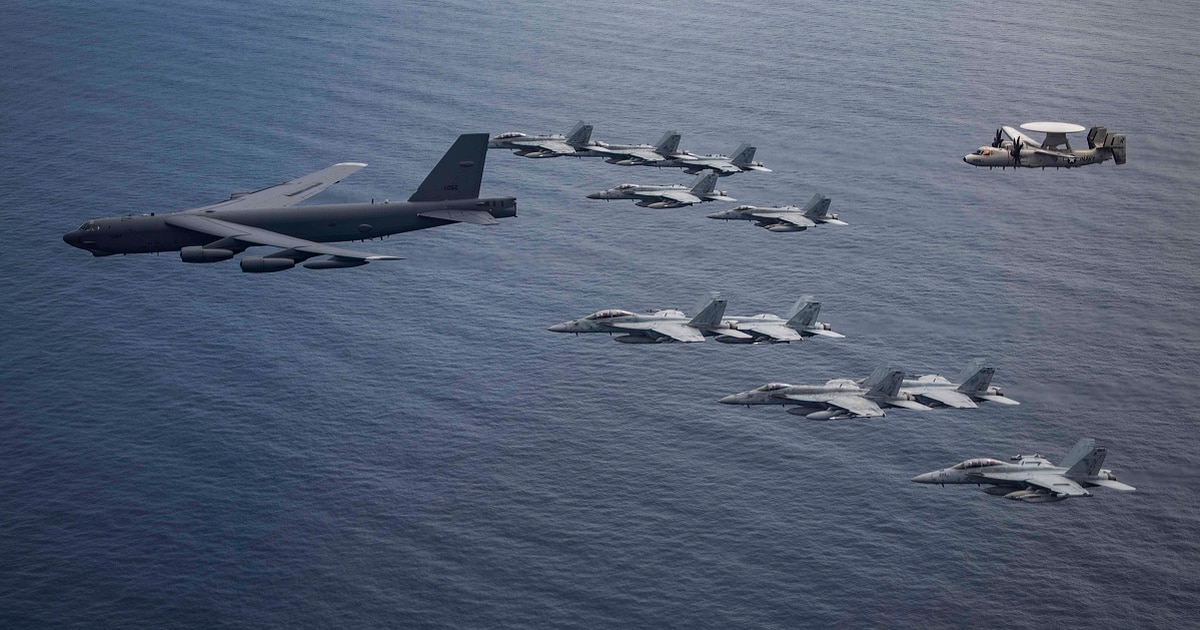 WASHINGTON ― U.S. President Donald Trump will leave office with a marginally stronger military than when he entered, but he is also leaving President-elect Joe Biden with a set of more potent threats.

That’s based on the Heritage Foundation’s “2021 Index of U.S. Military Strength,” the conservative think tank’s annual review of the past year’s defense policy issues (which, to be clear, does not directly mention Trump or Biden). The index assesses the global operating environment and U.S. military strength on a five-tiered scale of “very weak,” “weak,” “marginal,” “strong” and “very strong.”

“America’s leadership role remains in question, and its security interests are under significant pressure. Challenges continue to grow, long-standing allies are not what they once were, and the U.S. is increasingly bedeviled by debt that constrains its ability to sustain its forces commensurate with its interests,” according to the report, which was released Tuesday and compiled by senior research fellow Dakota Wood.

The index, seen as influential on congressional Republicans, again concluded that America’s military cannot fight two major wars at once, which is the annual study’s main yardstick. For that, the report called for an Army of 50 brigade combat teams, a Navy of 400 ships, an Air Force of 1,200 fighter/attack aircraft, and a Marine Corps of 30 battalions.

Though the Trump administration has provided ever-higher defense budget increases, and Congress is on track to approve $740.5 billion for 2021, Heritage suggested the budget be closer to $800 billion. That’s based on a 3-5 percent annual budget growth, adjusted for inflation, which is what defense leaders said they would need to realize the Trump administration’s National Defense Strategy after it launched.

“Over the past five fiscal years, from FY 2017 to FY 2021, the gap has ranged between $30 billion in the lower end of the projection and $100 billion at the higher end. These gaps illustrate the increased level of risk at which the U.S. military is currently operating,” the study read.

Still, the study included some realism about the political headwinds. It anticipated that $2 trillion in deficit spending for coronavirus relief “could influence how the defense budget is discussed and appropriated in future fiscal years.”

“The increased debt load will likely demand adjustments in how the federal government allocates taxpayers’ dollars, although how this will occur and the extent to which it will affect specific accounts is not yet known.”

The House Armed Services Committee’s ranking member, Rep. Mac Thornberry, R-Texas, speaking at the Index rollout, said of the defense budget, “we’ve made some significant progress in recent years, but we’re not fixed yet.”

“I always go back to the National Strategy Commission, which said stable, reliable funding that grows at 3 to 5 percent above inflation is what we have to have to defend the country,” he said. “And anybody who calls for something else then, has a measure of responsibility for the consequences of not being able to adequately defend the country.”

The report judged each service in three categories — capacity, capability and readiness — before offering a final score. Overall, the report ranked each of the four services as “marginal,” essentially a “C” grade. Defense News made a comparison between the index for 2021 and the 2016 version in light of the coming changeover in administrations.

The 2016 index described the joint force as “aged and shrinking in its capacity,” while this year’s report pointed to the force’s lack of experience with “high-end, major combat operations toward which it has only recently begun to redirect its training and planning, and it is still aged and shrinking in its capacity for operations even if limited quantities of new equipment like the F-35 Lightning II fighter are gradually being introduced.”

In 2016, all four services were also ranked “marginal” ― except for the Army, which ranked “weak,” in part due to deficient readiness. In the most recent index, the Army’s readiness ranked a standout “very strong” since last year’s study credited it for reemphasizing conventional combat training.

“The Army has fully committed to modernizing its forces for great-power competition, but its programs are still in their development phase, and it will be a few years before they are ready for acquisition and fielding,” the report noted. “It remains ‘weak’ in capacity with 70 percent of the force it should have.”

The Navy, Heritage noted, is trending toward ‘weak’ in capability and readiness and remained ‘weak’ in capacity as the fleet is “too small” for its workload. “The technology gap between the Navy and its peer competitors is narrowing in favor of competitors, and the Navy’s ships are aging faster than they are being replaced,” the report said.

The report changed the threshold for the Marine Corps from 36 infantry battalions to 30 battalions this year in acknowledgement of the service’s argument that it is a one-war force that also stands ready for a broad range of smaller crisis-response tasks. However, the Corps’ plans to cut down to 21 battalions would return it to a score of “weak,” the report noted.

America’s nuclear arsenal is “marginal” overall, as it was in the 2016 index, but it is “trending toward ‘strong,’ ” if it continues modernizing the nuclear enterprise, the report explained.

“Although a bipartisan commitment has led to continued progress on U.S. nuclear forces modernization and warhead sustainment, these programs remain seriously threatened by potential future fiscal uncertainties,” the report read. “The infrastructure that supports nuclear programs is very aged, and nuclear test readiness has revealed troubling problems within the forces.”

The threat to U.S. interests from abroad is “gathering,” as America faces challenges from the “4+1 threats” — Russia, China, North Korea, Iran and terrorism. All but terrorism stemming from the Afghanistan-Pakistan theater of operations were rated a “high” threat to America’s vital interests.

Since 2016, Russian and Chinese capability jumped from “gathering” to “formidable,” as Russia “increased its investment in modernizing its military and has gained significant combat experience while continuing to sabotage U.S. and Western policy in Syria and Ukraine,” Heritage found. Still, the think tank has projected that Russia’s coronavirus-related economic slump will make it tougher for the Kremlin to fund military affairs.

While China’s growing ability to challenge the U.S. across domains is a threat, the index highlighted China’s emphasis on suppressing and destroying an enemy’s information systems.

“China’s ongoing and sustained effort to penetrate foreign computer networks [is] a major risk to Western security,” the report read. “The Chinese effort to dominate the 5G market only exacerbates this, because 5G will be the backbone for the next generation of telecommunications.”

An “aggressive” Iran jumped from “aspirational” to “gathering” ― due in part to its “development of ballistic missiles and its potential nuclear capability,” which “poses a long-term threat to the security of the U.S. homeland.”

Iran now has far more uranium than allowed under its deal with world powers since Trump unilaterally withdrew from the accord in 2018. The Middle East also has been roiled by tensions between Tehran and Washington, which pushed the two countries to the brink of war at the beginning of the year.

Mideast terrorism jumped from “aspirational” to “capable,” as the Islamic State group “has lost its so-called Caliphate, but it remains a highly dangerous adversary capable of planning and executing attacks regionally and — at the very least — inspiring them in the West.”

Terrorism out of Afghanistan and Pakistan fell from “gathering” to “capable” amid the Taliban’s involvement in peace talks with the Afghan government, which the index assessed as making “little progress.”

North Korea in 2016 was assessed as “hostile” and a “severe” threat to U.S. vital interests, while this year’s report said it was “testing” and pointed to its “range of provocative behavior that includes nuclear and missile tests and tactical-level attacks on South Korea.”

Trump and North Korean leader Kim Jong Un went from threats of war to three unprecedented sit-downs, which, though high-profile media events, did nothing to rid the North of its banned nuclear-tipped long-range missiles.