‘He knocked him out THREE times’: MMA fans stunned as ‘intern’ referee doesn’t stop bout despite fighter being UNCONSCIOUS (VIDEO) 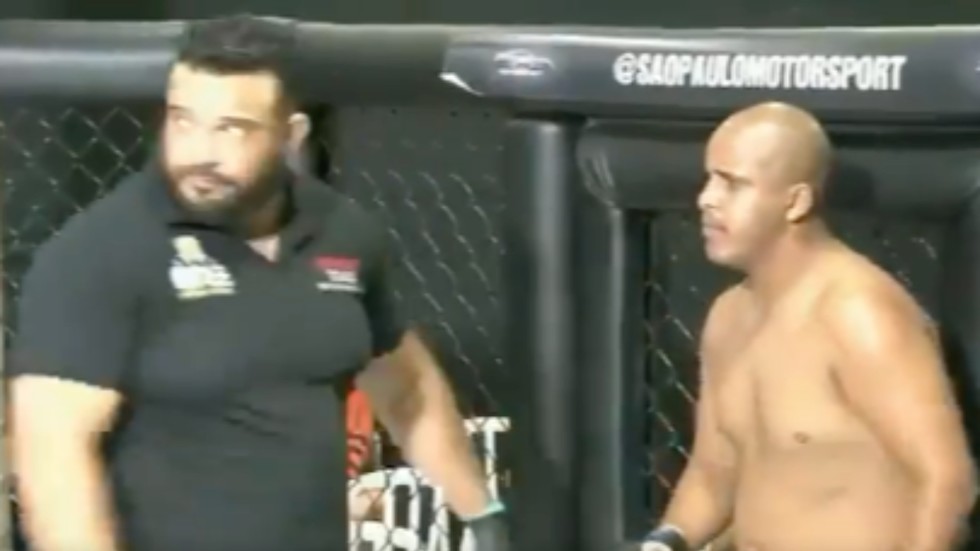 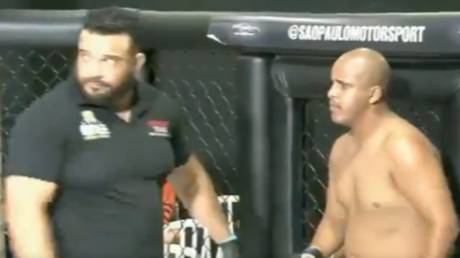 In what might be seen as an offering to the ‘Just Bleed’ MMA gods, a Brazilian referee has been suspended after grossly disregarding a amateur fighter’s health, allowing him to be knocked out on three separate occasions.

It is probably fair to say that Michael Douglas (the amateur fighter, not the actor) has seen some better days in his developing mixed martial arts career than what happened to him at an event in Sao Paulo, after he was knocked out by a vicious right high kick by his opponent, Jessian Lucas, early into the first round of their amateur bout as part of the Copa Thunder de MMA Amador event.

Douglas’ problems were just beginning, however. Despite the amateur ruleset not allowing strikes to the head of a grounded opponent, referee Kleber Lopes stood back and watched as Lucas pushed forward and unleashed a salvo of strikes to the prone Douglas, apparently knocking him out once more.

At this point referee Lopes intervened and, for reasons only best known to him, instead of calling off the fight he oversaw a brief gap in the action and inexplicably told the dazed and confused fighter to return to his feet, despite Douglas looking visibly shaky and off-balance.

Then, after apparently developing a brand new set of rules for amateur mixed martial arts bouts on the fly, he motioned for the fight to continue, to the obvious surprise of the Brazilian commentary team.

Seconds after the restart, Lucas again connected with a right cross that sent Douglas to the canvas once again. This time the fight was called off, with the TKO win being handed to Lucas, for this third knockout (or technical knockout) of the fight.

Incredibly, all of the above, including the brief lull in the fight, took place in just 51 seconds.

As one might expect, an inquest has already begun into exactly why the referee allowed one of the fighters under his care to receive such unnecessary punishment.

“At 11 seconds of the first round, Michael was knocked out by a high kick to the head and the referee made his first mistake, not interrupting the fight,” a statement from the National Athletic Commission of MMA (CANMMA) read.

“He committed the second mistake by allowing the fight to continue with the athlete unconscious.“


Incredibly, the commission also revealed that the referee in question was an INTERN and not a fully licensed official.

“We apologize to the athletes, teams, MMA fans and Thunder Fight for the mistakes committed due to lack of experience of the professionals,” the statement continued.

“We inform that the referees that committed the mistakes were interns who were getting tested and had no experience as referees, but had undergone rule courses previously.”

Lesson learned? We hope so. But no matter what punishment is put towards the referee in this situation, it probably doesn’t compare to the punishment received by Douglas. After all, it’s not every day you get knocked out three times in the same fight.