Having visited Pakistan and China, is Argentina ready to buy the JF-17 jet? 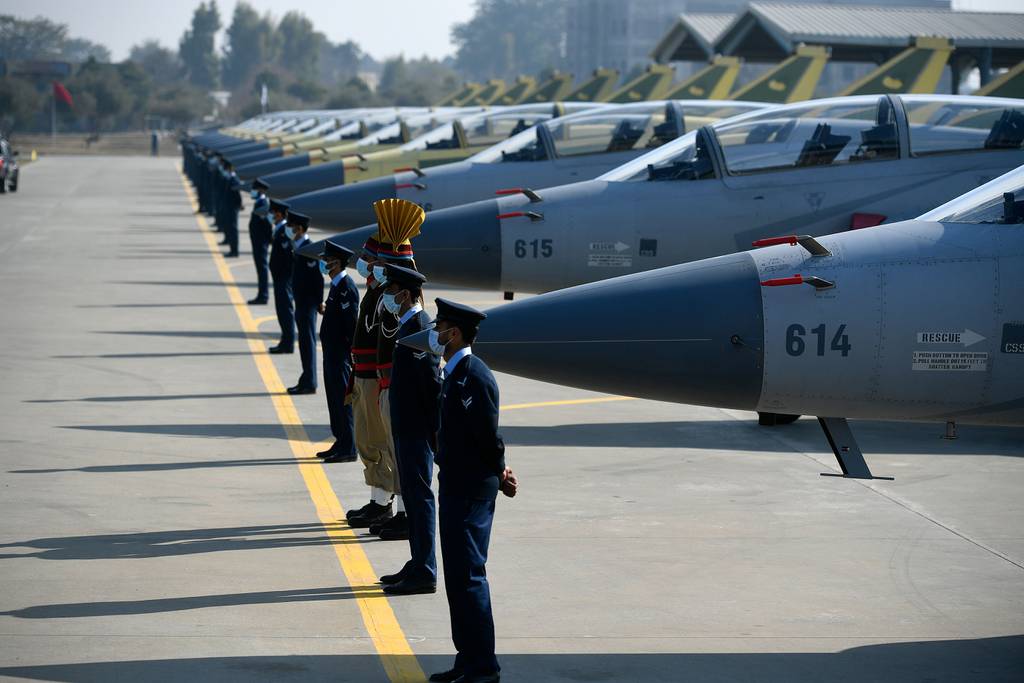 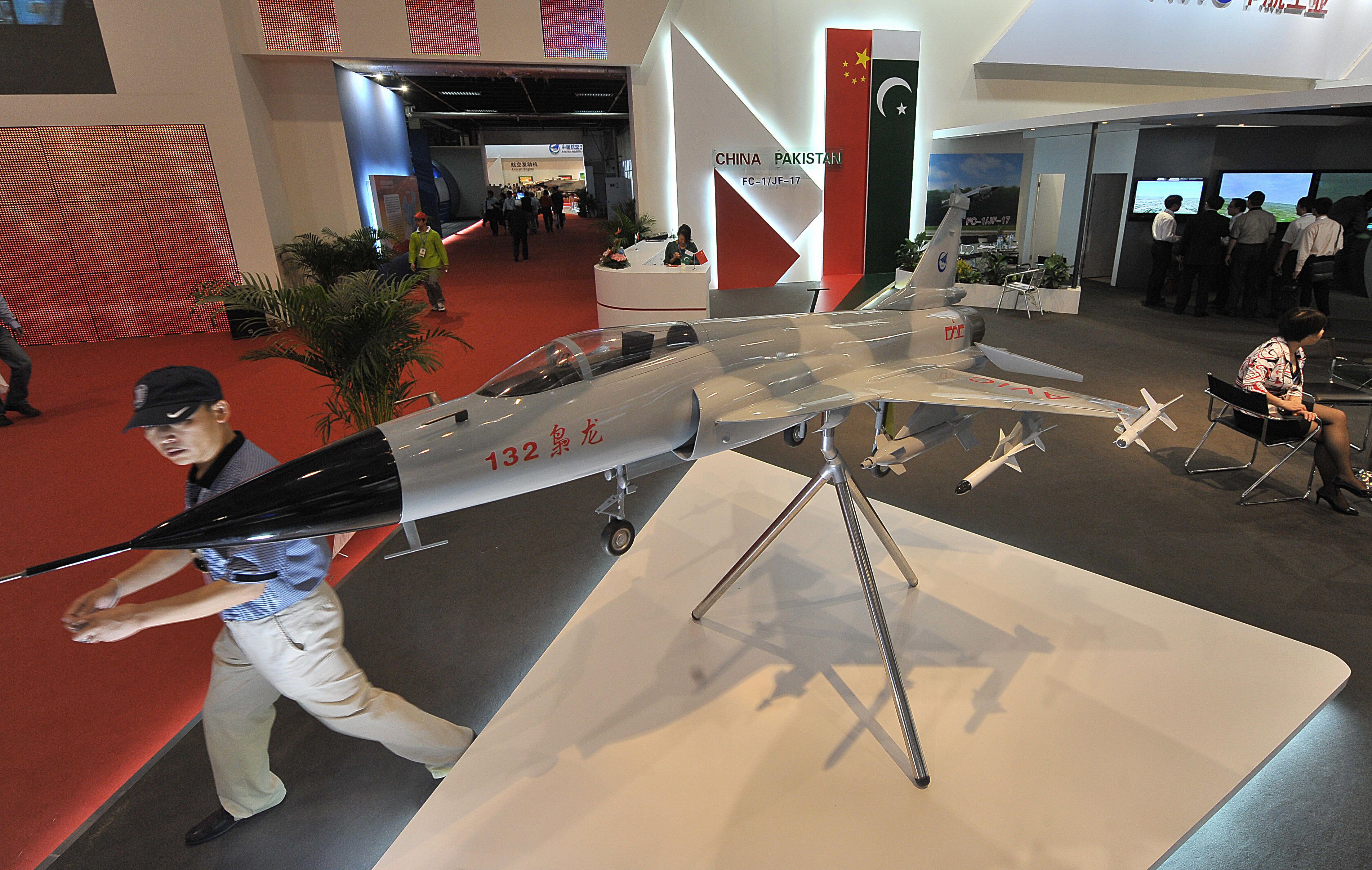 ISLAMABAD and SANTIAGO, Chile — The recent visit to Pakistan by the head of Argentina’s joint military staff has fed speculation that a JF-17 fighter jet deal is on the horizon following more than a decade of interest by the South American nation. But despite China’s willingness to help fund an acquisition program, its unclear if any major progress was made.

While Paleo is Argentina’s senior military officer, he is not the key decision-maker on the selection of a new fighter jet. That role belongs to Gen. Xavier Isaac, the head of the Air Force.

In May, a delegation of Air Force pilots and technicians evaluated the JF-17 in China. This included a full technical evaluation, use of a simulator and evaluation flights. In the more recent trip to Pakistan, officials discussed collaboration on defense materiel production during a visit to the Ministry of Defence Production.

Neither the ministry, the Defence Export Promotion Organization nor the local Argentine Embassy responded to requests for additional information.

Andrei Serbin Pont, who leads the Argentina-based think tank CRIES and was previously an adviser at the country’s Strategic Affairs Secretariat, is unconvinced Paleo’s trip implies a deal for the JF-17 Thunder is imminent.

“In my experience, nothing in [the] Argentine defense sector is set [in] stone until contracts are signed and Argentina actually starts paying,” he said, especially given the country’s ongoing economic crisis is “quite profound, with reserves running dangerously low and possibilities of default.”

The government is also unlikely to make large defense investments with no political benefit; elections are a year away, which isn’t enough time for the ruling party to “harvest the political capital gained from any successful military purchases.”

The government’s preference to balance suppliers by nationality may also hinder JF-17 acquisition efforts, as it prefers “to express a certain degree of equidistance with China and the United States, hoping not to damage the relationship,” Serbin Pont explained.

Argentina’s Army is currently considering an eight-wheel drive armored fighting vehicle from China North Industries Group Corporation Limited, also known as NORINCO. If selected, “this will likely reduce the chances of the Air Force going for the JF-17, and vice versa,” he said.

Since retiring its last Mirage aircraft in 2015, the Argentine Air Force has lacked high-performing, supersonic interceptors. Its current operational inventory includes at least 10 A-4 fighter-bombers, which are supplemented by armed IA-63 Pampa jet trainers.

In September 2021, Argentina’s Defense Ministry allocated $664 million for the acquisition of 12 fighter aircraft, having received offers from Russia for the MiG-29 and MiG-35 Fulcrum as well as and China and Pakistan for the JF-17, according to the International Institute for Strategic Studies. “Plans to acquire aircraft from other sources have foundered in recent years, reportedly as a result of pressure from the UK,” the London-based think tank wrote in its latest “Military Balance” report.

The Block III features an active electronically scanned array radar as well as advanced weaponry like the PL-15 long-range air-to-air missile and supersonic anti-ship missiles. Consequently, Fisher said, the variant would “be the most competitive against British F-35B and Typhoon fighters,” and Western and Russian subsystems and components could easily be swapped for Chinese versions, potentially neutralizing the threat of sanctions.

“Argentina appears to be seeking the best capability for the lowest expenditure,” he said, and this “augurs well for the JF-17.″ The aircraft is facing off against a Danish offer of a dozen surplus F-16A/B MLU fighters.

Asked whether the aircraft would meet operational requirements, Serbin Pont said the Air Force is effectively out of options. “So the JF-17, even with limitations in comparison to other fourth- and fourth-plus-generation fighters in the market, would be an upgrade for [Argentina’s Air Force].”

Fisher noted Argentina’s hopes to locally produce the JF-17, and wondered “whether Pakistan would approve and contribute to a competitive Argentine co-production capability,” as the South American country wants to become “a regional combat aircraft provider, with the JF-17 as its main product.”

Currently, Pakistan Aeronautical Complex has a 58% work share in the JF-17 program, meaning even aircraft exported to Myanmar by Chinese partner Chengdu Aircraft Corp. were partially manufactured in Pakistan, with final assembly by the corporation.

While the Pakistani complex would lose work due to Argentine production, it would still receive royalties. And local assembly would still see the aeronautics specialist make the same percentage of each aircraft before parts are shipped to Argentina.

Final assembly of the aircraft and the production of parts could take place at the Fábrica Argentina de Aviones “Brigadier San Martín” in Cordoba, but work would likely involve other subcontractors spread across in the country. A center for the maintenance of engines and subcomponents could be set up at the Air Force’s Área Material Río Cuarto, also in Cordoba.

It’s also possible the program would involve INVAP, a business based at Bariloche in the Patagonia region that specializes in developing radars and optronics, and has the capability to develop indigenous systems or adapt foreign systems for aircraft integration.

Fisher said Pakistan “baulked” at Argentina’s co-production plans a decade ago, but that Paleo’s visit “is a strong indication that a future Argentine acquisition of JF-17 will be done with full Pakistan cooperation and inclusion in possible co-production deals.”

Fisher believes this would aid China’s regional ambitions, noting China offered Argentina the more capable F-10C Firebird “around 2014 to 2015.″ However, “it appears that it was too expensive,” he noted.

This is unlikely to be an issue for the more affordable JF-17, as “very concessionary” Chinese funding of “all major weapons purchases” will be forthcoming, he added.

Military sources told Defense News that China offered a government-to-government loan for an eventual order of the jet, and is willing to accept partial payment in beef and other commodities produced by Argentina.

“If China wants to upend the strategic balance in Latin America with the eager help of Argentina and others who will fight with her, China is going to have to subsidize the weapons purchases to start those events,” Fisher said.

Usman Ansari is the Pakistan correspondent for Defense News.