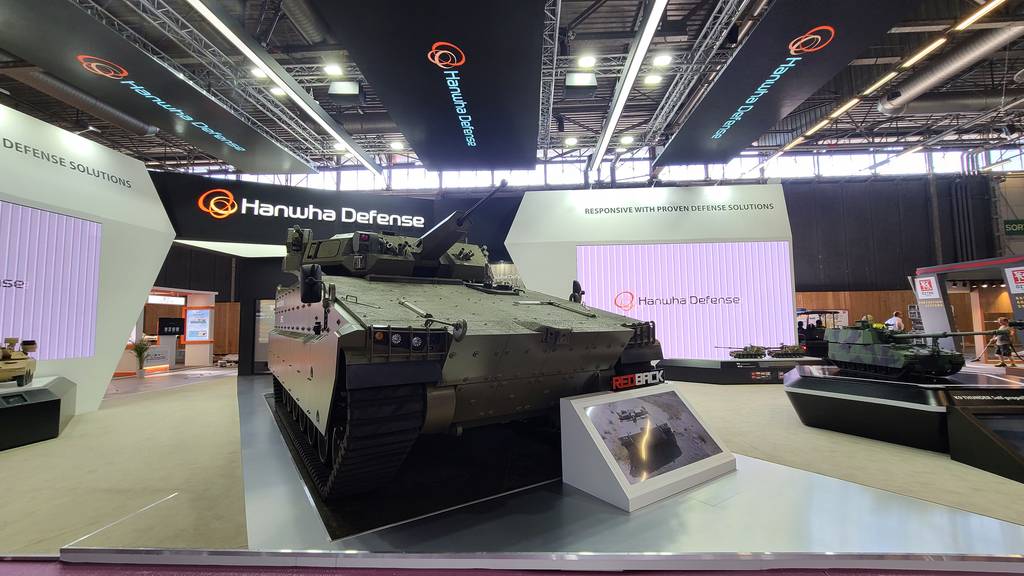 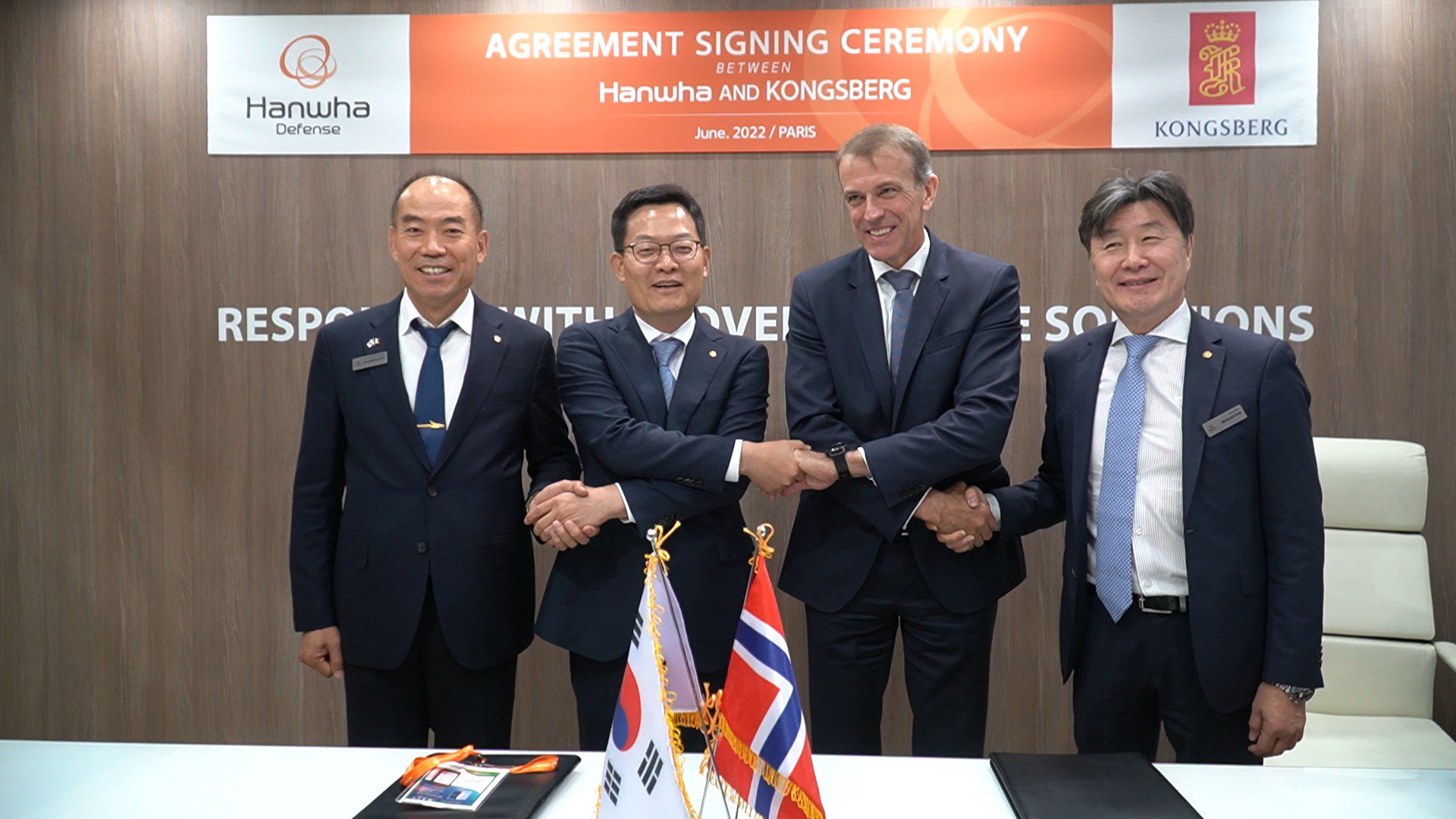 SEOUL — South Korean company Hanwha and Norwegian firm Kongsberg have signed a memorandum of understanding to cooperate on the development of an infantry fighting vehicle and a long-range precision fires system, the former announced.

The memo was signed during the Eurosatory defense expo in Paris, France, on June 14 by three Hanwha affiliates — Hanwha Defense, Hanwha Defense Australia and Hanwha Corporation — and Kongsberg Defence and Aerospace.

The Norwegian Defence Material Agency is expected later this year to issue a request for information on new infantry fighting vehicles, and another RFI for a long-range precision fires system, namely multiple launch rocket systems.

Hanwha Defense and its Australian subsidiary have previously developed and delivered armored combat vehicles, such as the amphibious K21, which is in service with the South Korean Army, and the Redback, which is shortlisted as one of two candidates for the Australian LAND 400 Phase 3 project for the Australian Defence Force.

“This MoU confirms our ongoing work with Kongsberg on different programs, including Australia and internationally, bringing together best of breed technology solutions from all companies,” said Richard Cho, the managing director of Hanwha Defense Australia, referring to an existing memorandum of understanding with Kongsberg Defence Australia for the integration of tactical communication systems and battle management systems into the AS9 Hunsman, an Australian version of the K9 Thunder self-propelled howitzer.

The Chunmoo is a multicaliber rocket system using 130mm, 227mm and 230mm rockets.

Brian Kim is the South Korea correspondent for Defense News.