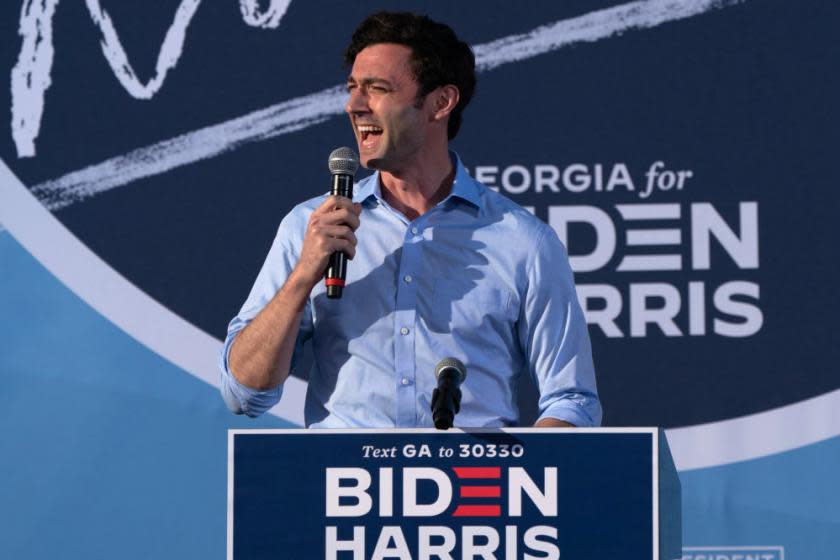 Georgia’s Senate races will both remain up in the air until at least January.

Both Sen. David Perdue (R) and Democratic challenger Jon Ossoff have failed to get a majority of the vote in Georgia’s Senate race, The New York Times and NBC News project. They’ll advance to a runoff race in January, as will the Georgia special Senate race between Sen. Kelly Loeffler (R-Ga.) and Democrat Rev. Raphael Warnock.

With 98 percent of votes reported, Perdue secured 49.8 percent of the vote to Ossoff’s 47.9 percent. With neither hitting 50 percent, Georgia election law moves the top two candidates to a runoff. In the other race, Warnock got 32.9 percent of the vote to Loeffler’s 26 percent, with GOP Rep. Doug Collins getting another 20 percent. Both of these races will be vital in determining which party controls the Senate. North Carolina and Alaska’s races still haven’t been called, and at the moment both parties are projected to have 48 seats in the next Senate.

Georgia’s presidential results still haven’t been called for either Democratic nominee Joe Biden or President Trump as of Friday evening. Biden has been building a lead in Georgia as more votes are counted, and a win there would put him just one Electoral College vote from victory.

More stories from theweek.com
Fox News brings Trump to his knees
Trump is reportedly out for revenge against Fox News
The day the world stopped paying attention to Donald Trump