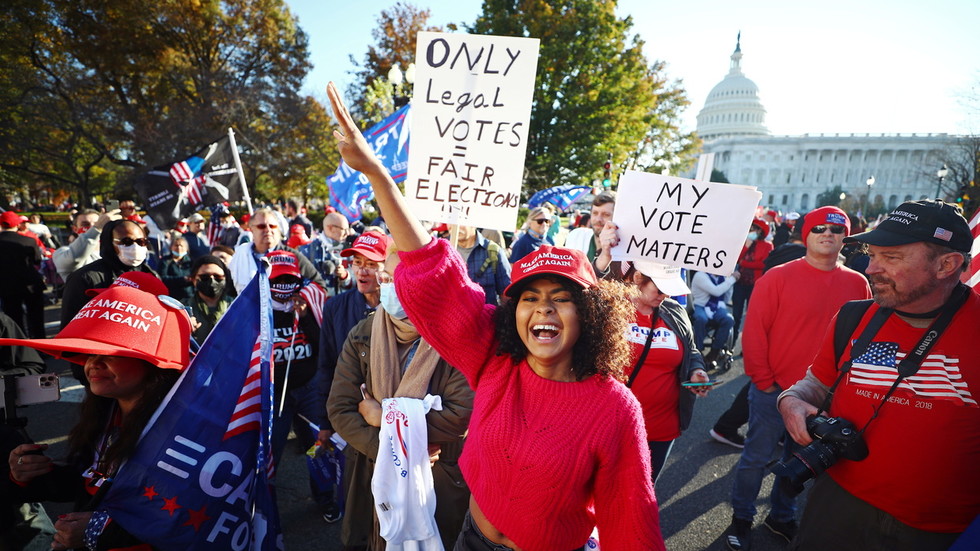 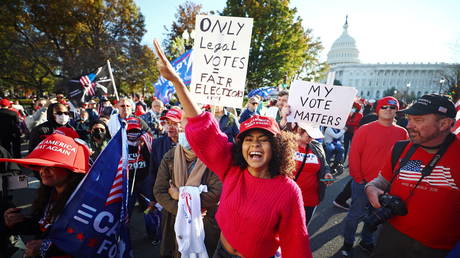 A pair of Republican lawmakers have called on the House to immediately investigate possible misconduct in the 2020 presidential race, pointing to reports about significant irregularities and errors in a number of states.

Congressmen Jim Jordan (Ohio) and James Comer (Kentucky) – the ranking members on the House Judiciary and Oversight Committees, respectively – penned a letter to the Democratic chairs of both panels on Wednesday, demanding hearings to ensure there was no impropriety in the November 3 election.

“We urge you to immediately convene hearings to examine the integrity of the 2020 election amid troubling reports of irregularities and improprieties,” the two lawmakers said, also blasting House Democrats over discredited allegations that President Donald Trump and Moscow conspired to throw the 2016 race.

Given your role as leaders of a political party that spent four years baselessly calling into question the legitimacy of the 2016 election with debunked allegations of Russian collusion, you owe it to all Americans to fully examine allegations of actual election errors and misconduct.

Among a number of examples illustrating the alleged irregularities, the lawmakers cited a September ruling in the Pennsylvania state Supreme Court that extended the deadline for the receipt of mail-in ballots, also allowing election officials to presume ballots without postmarks were sent before the cut-off date.

“We warned in our [September 23] report that this change would create ‘considerable risk for uncertainty and litigation’ – and it did,” they said, adding “Litigation about this last-minute change is currently pending before the US Supreme Court, and Pennsylvania is still counting mail-in and absentee ballots.”

The two reps also referenced charges that some Pennsylvania counties barred poll-watchers from “properly” monitoring the processing of ballots, claims which prompted a lawsuit from the Trump campaign that has since been dismissed in the state’s highest court.


Moreover, a statewide vote audit in Georgia requested by the Trump team has also turned up more than 5,000 previously uncounted ballots, Jordan and Comer went on, while California’s mail-in system – which furnished ballots to every registered voter in the state by mail – has raised concerns after reports that duplicate ballots were sent out to thousands of voters.

“These serious concerns give rise to the urgent need for congressional oversight of the integrity of the 2020 election. Our committees must conduct oversight hearings to ensure that Americans have faith in the integrity of our election,” they concluded, calling for hearings “as soon as possible.”

Trump and party allies have repeatedly claimed widespread voter fraud in the race, which while formally undecided has been called in favor of Democratic challenger Joe Biden by a number of media outlets. Despite a flurry of lawsuits across several battleground states, however, Trump has yet to see any major wins, and has not offered compelling evidence for extensive fraud.