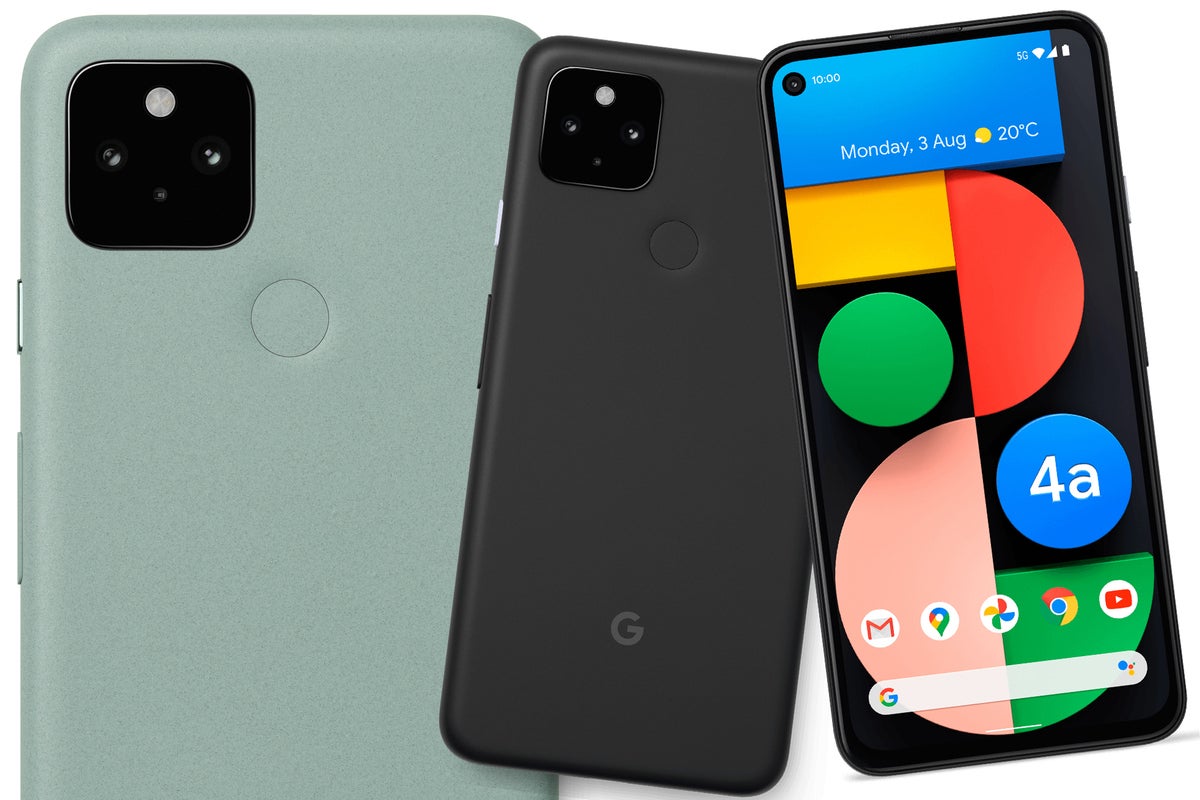 Google is set to launch the next generation of Pixel phones at its Launch Night In event at 2pm ET on Wednesday. Google has already teased that two phones will be releasing: the Pixel 5 and the Pixel 4a 5G, which is a 5G-equipped version of the 4a that launched earlier this year. But while the Pixel 5 is supposed to be a surprise, we already know a lot about it. Keep reading to find out about the new display, design, camera and more.

Each new Pixel phone has previously introduced a new design language for Google’s handsets. Recent renders shared by Evan Blass have suggested, however, that the Pixel 5 is going to take its inspiration from the Pixel 4a, with a hole-punch camera, slimmer bezels, and a square camera array. Not that we’re complaining—the Pixel 4a is one of the nicest handsets designs Google has ever shipped.

And a late leak from Jon Prosser suggests that Google has finally made a phone with symmetrical bezels. it’s hard to tell from the previously leaked product shots, but Prosser’s real-world image shows a slimmer bottom bezel that matches the one at the top. It might seem like a small thing, but I’ve yet to use an Android phone with a uniform bezel design, and it looks fantastic. It’s the kind of subtle attention to detail that people love about the iPhone.

As far as colors, Google appears to be scaling back this year and launching just two flavors of Pixel 5: Just Black and Subtle Sage. Recent leaks have shown the new color in the marketing shots and it appears to be a classic Pixel colorway: unique, understated, and classy. Recent leaks, including Google’s own teasers, have suggested the phone will have an aluminum back rather than the all-glass design of the Pixel 4.

Like the Pixel 4a, rumors say that Google won’t be shipping two sizes of the Pixel 5 this year. Instead, a single 6-inch model is pegged for release, right in between the 5.7-inch Pixel 4 and 6.3-inch Pixel 4 XL. Google is clearly going for sweet-spot territory here, but fans of larger phones like the S20+ and Note 20 Ultra might be disappointed.

We were hoping the Pixel 5 would at least have Quad HD 1440p resolution like the 4XL but recent leaks indicate that it will only be Full HD 1080p resolution, like the Pixel 4 and 4a. Helping things along will likely be the same 90Hz refresh rate as the Pixel 4, but it’s still a far cry from the high-res, 120Hz Infinity displays on the newest Galaxy phones.

We’ve come to expect leading-edge performance with the Pixel 5, but that might not be the case this year. Persistent rumors have suggested that the Pixel 5 will not use the Snapdragon 865 or 865 Plus this year, but rather adopt the more-mid-range Snapdragon 765G. That’s the same chip in the OnePlus Nord and LG Velvet, and it’s only slightly faster than the 730G in the Pixel 4a.

Winfuture.de once again got its hands on a purported spec sheet for the Pixel 5, and it looks like we’re getting 8GB of RAM and 128GB of base storage, an increase over the 6GB and 64GB in the Pixel 4. Additionally, the phone will reportedly have a 4,000mAh battery, which is the largest battery Google has ever shipped in a phone. The closest is last year’s Pixel 4 XL, which has a 3,700mAh battery.

The Pixel 5 will reportedly mark a return to the rear fingerprint sensor. Based on the leaks and renders above, you can clearly see a fingerprint sensor on the back of the Pixel 5. While the Pixel 4 introduced a next-fen Face unlock feature with 3D scanning for extra security and convenience, the Pixel 5 appears to be abandoning the Face ID imitator after just one generation. That’s a bummer though not entirely surprising, as app and developer support for face unlock was never strong.

The Pixel 4 introduced a second telephoto lens for the first time, and the Pixel 5 will reportedly have a dual-camera array as well. However, after extolling the virtues of a zoom lens at last year’s Pixel 4 launch, Google is reportedly switching to an ultra-wide-angle secondary camera with the 5.

According to Winfuture, the camera system will pair a 12.2MP, f/1.7 lens with a 16MP, f/2.2 one with a field-of-view of 107 degrees. Meanwhile, the front camera will reportedly be an 8MP, f/2.0 lens. That means the Pixel 5 will have extremely similar camera hardware specs to the Pixel 4’s, but with all things related to Pixel photography, specs surely won’t tell the whole story. For example, a teardown of the latest Camera app by 9to5Google shows references to new features such as Motion Blur, Audio Zoom, Flash Intensity, and Video Sharing. And likely several more.

While previous Pixel phones started at $799 for the small version and $899 for the XL model, Google will reportedly be a little more aggressive with the Pixel 5, targeting a $699 price tag, according to numerous leaks and a rare “100%” guarantee by Jon Prosser. He also reports that the phone will begin shipping on October 15, about two weeks after the launch event.

Update 11:45am: Added new information about the body materials and charging.

The Best Smart Lighting for Your Home, From Simple to Sophisticated