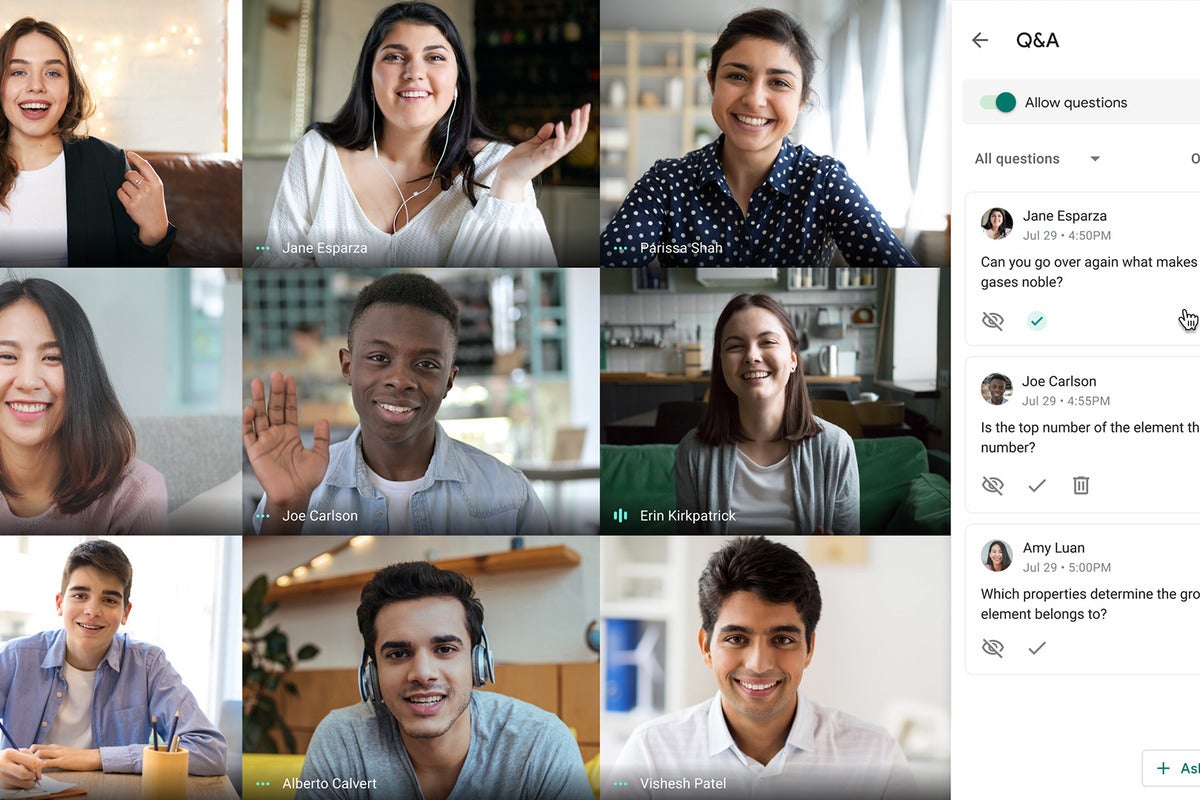 Google said Tuesday that it would extend the period during which customers could make unlimited calls using Google Meet until March 31, 2021, ending speculation that it would end the free period on September 30.

While that might be good news for those who use Meet casually to keep in touch with friends and family, one feature seems to have disappeared: the ability to record and archive Meet calls to Google Drive, which Google had offered for free as part of its original offer. Google said Wednesday, however, that it’s maintaining its recordings feature for education customers until a more limited “temporary” version rolls out later this year.

Unlimited Google Meet calls will still be available to anyone with a Gmail account, regardless of whether they belong to a G Suite plan. “As we look ahead to a holiday season with less travel and important milestones like family reunions, PTA meetings and weddings hosted over video, we want to continue helping those who rely on Meet to stay in touch over the coming months,” Google said in a blog post.

Google had extended the premium features of Google Meet to all G Suite and G Suite for Education customers until September 30, a decision Google made in March in response to the pandemic. Consumers, too, could sign up with a Gmail account.

In our overview of what digital classrooms might look like for the 2020 school year, one teacher we interviewed—Bill Vacca, Director of Instructional Technology at Mohonasen Central School District in Rotterdam, NY—was not concerned about the end of Meet’s unlimited free calls, possibly because his classes fell below the 60-minute limit that Google normally set for free calls, pre-pandemic.

Vacca was more concerned about losing the ability to record Meet meetings and archive them for students to review. “What they have done is going to bite schools in the butt in the end,” he said at the time.

Google’s blog post didn’t indicate that the ability to record meetings was extended, for free. A Google representative, however, confirmed Wednesday that while Google had ended its ability to record meetings for Gmail and G Suite customers, G Suite for Education customers will be able to continue to use the premium Meet recordings feature available for G Suite Enterprise for Education until Google launches its “temporary recordings” feature later this year. Temporary recordings, and Google’s timetable for such, was announced by Google in August.

This story was updated at 12:38 PM on Sept. 30 to clarify Google’s plan for allowing customers to record Meet meetings.

This $50 bundle lets you create your own video games, no coding required