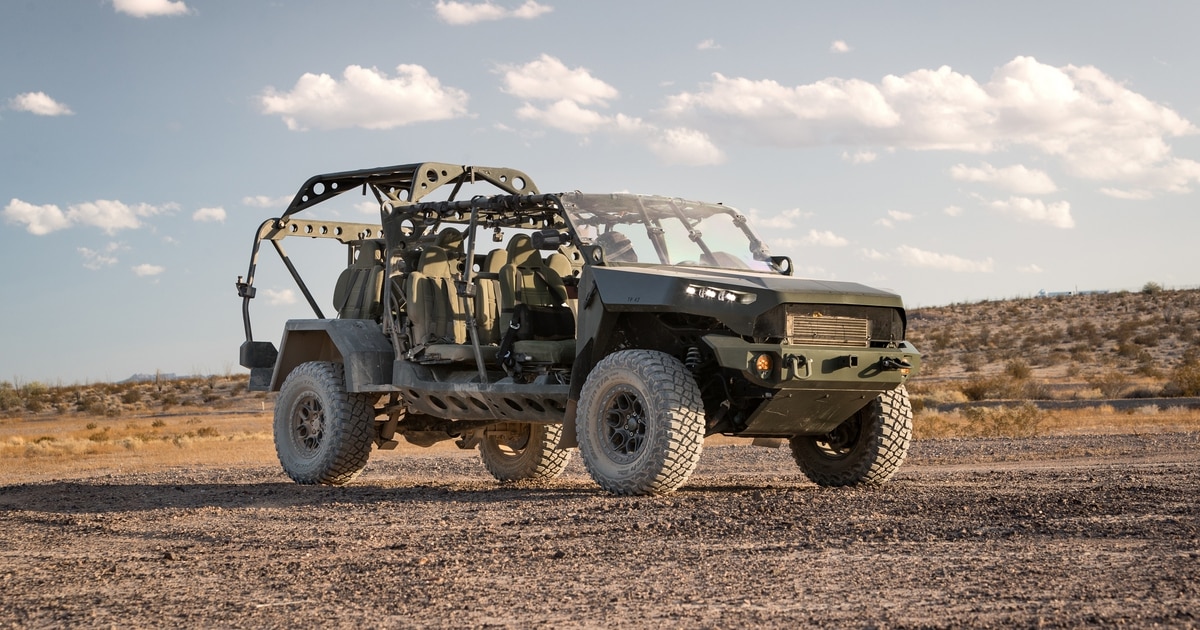 WASHINGTON — GM Defense President David Albritton is headed to Amazon so the company is conducting a nationwide search for a new president, according to a GM spokesperson.

Albritton is joining Amazon Web Services as the vice president of global communications in the company’s public sector and vertical industries.

GM Defense’s website already reflects the change. Tim Herrick, the company’s vice president of global product programs, is serving as the interim president and will be dual-hatted until a permanent replacement is found.

Herrick “has been a champion of GM’s defense business since its inception and serves on GM Defense’s Board of Managers,” a GM Defense spokesperson told Defense News in an emailed statement Nov. 19.

GM Defense is conducting a “national search to find a candidate who is qualified to lead GM Defense and will make an announcement when the right person is identified,” according to the spokesperson.

The company is coming off a big win with the U.S. Army after being selected to build its new Infantry Squad Vehicle.

With the success of the ISV program, GM Defense is setting its sights on other opportunities with the Army and other military services such as the Joint Light Tactical Vehicle program.

And while the company can offer fully integrated vehicles, it is also looking to partner with others for such programs like the Advanced Reconnaissance Vehicle for the U.S. Marine Corps or the Optionally Manned Fighting Vehicle, the Army’s Bradley Infantry Fighting Vehicle replacement effort.

Such technologies like power and propulsion, lighter weight materials and cybersecurity are all areas in which GM Defense is looking to contribute.

ControlUp, which helps IT teams manage all of their virtual desktops using one console, raises $27M round led by Jerusalem Venture and K1 Investment Management (Kyle Wiggers/VentureBeat)